Review: the animated drama ‘In This Corner of the World’ 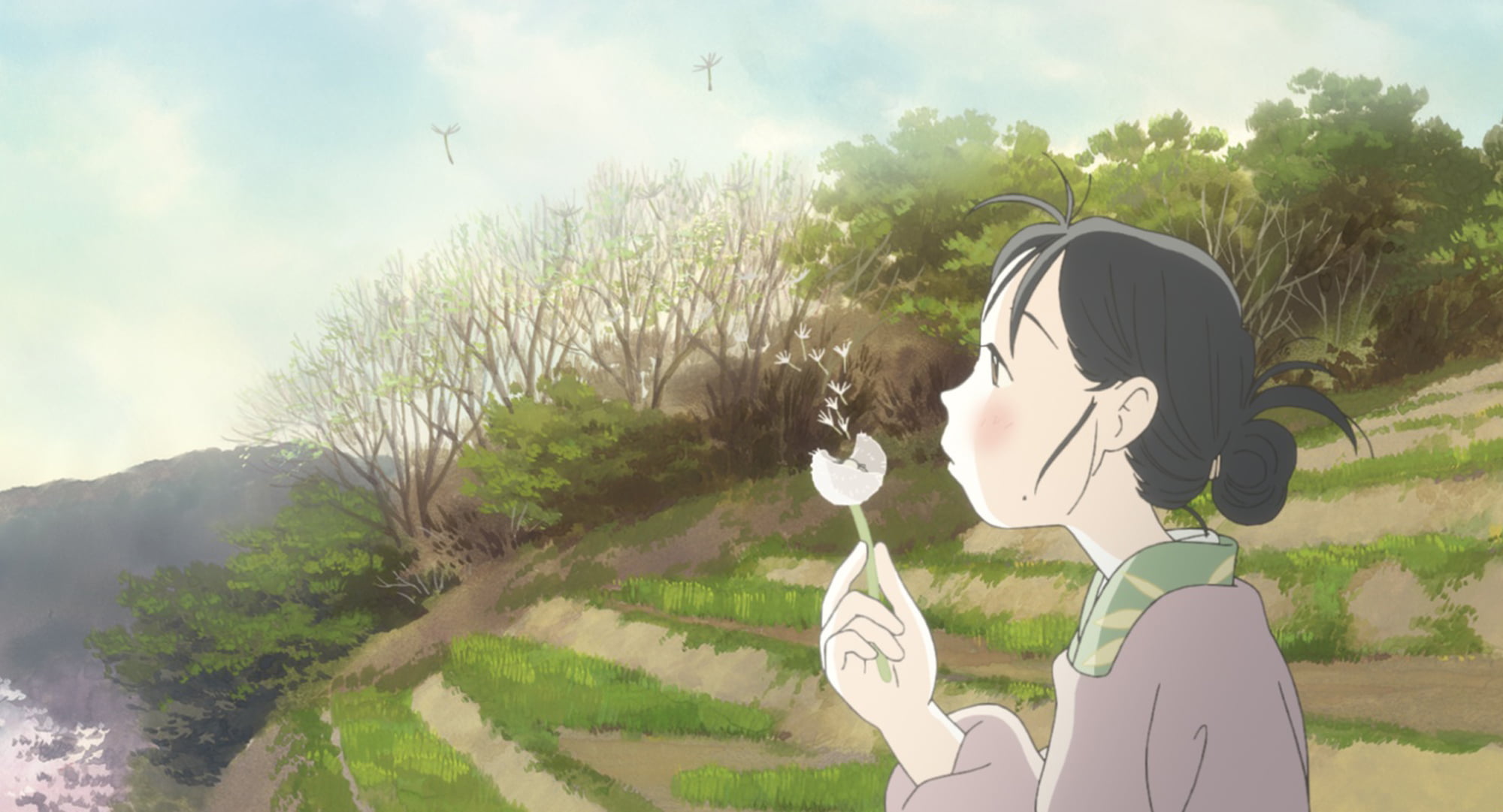 The subtle, deliberate, and powerful Japanese animated feature In This Corner of the World (based on a manga by Fumiyo Kouno) starts as one type of film before slowly morphing into another. It’s undeniable that the second half of filmmaker Sunao Katabuchi’s film is a lot more dramatically flashy and heart wrenching than the slow paced, somewhat problematic first half, but the meatier portion of this story couldn’t exist without taking a long time to get there and fostering a sense of understanding. The result of Katabuchi’s measured and nuanced approach is one of the finest depictions of the human face of war in quite some time.

Set in World War II era Japan, In This Corner of the World tells the story of Suzu Urano, a young woman who just turned eighteen from a family of seaweed farmers in Hiroshima. Katabuchi actually starts before that, depicting the memories of Urano’s childhood, including a strong relationship with her mother and sister, a volatile one with her brother, and a budding friendship with a surly, but sensitive young man who will be joining the increasing war effort in the near future. Urano is placed into an arranged marriage to the son of an engineer in a community not too far away from her hometown. She has trouble accepting her matrimonial duties at first, but eventually finds herself torn between her old life and her new one as the war moves closer to Japanese soil.

Katabuchi (a former protégée of Miyazaki) starts his story off in a curiously stodgy, almost romanticized manner. At first, it feels almost like In This Corner of the World is destined to be a problematic and possibly even nationalistic love letter to “simpler times.” A great amount of time is spent watching Urano trying to get a handle on her duties as a wife and integrating into a new family, and while the results aren’t meant to seem contemporary, they come across initially as celebratory. While Urano doesn’t seem fully sold on the arranged marriage, she still seems content and unquestioning about her lot in life. These early moments make In This Corner of the World feel uncomfortably like a story that could have been produced during the 1940s, but would be looked at today with great skepticism.

What turns things around is the gradual reminders that In This Corner of the World comes with a countdown to disaster and danger for these characters. When we hear that these characters are living either within or twenty kilometers from Hiroshima, the historical weight of their location weighs heavier. Although Katabuchi’s adaptation starts years before August of 1945, there’s a constant visual reminder that the infamous date is getting closer. When Urano first moves to her new community – one where practically everyone is working the navy – life still seems somewhat happy and quaint. There’s no flag waving or patriotism from many of them, instead just a simple desire to get on with their rural, largely agrarian way of life. 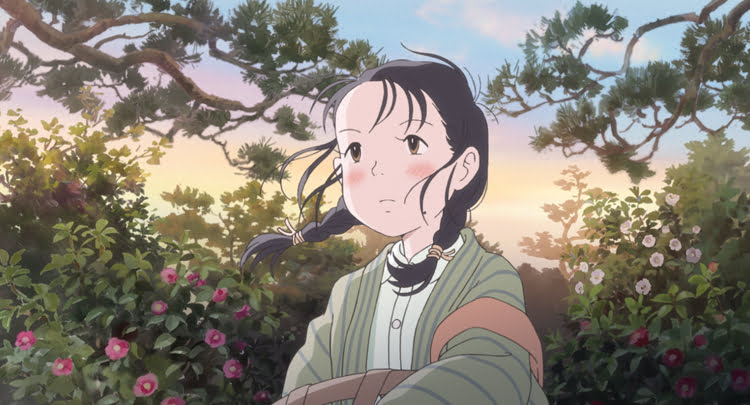 Visually, Katabuchi places simplistically drawn characters (who have their multiple dimensions come through in the writing) into painterly backdrops that capture not only the beauty of the Japanese countryside, but mirror Urano’s love of drawing. This gambit helps to underline in the early going that this is a story of simple people trying to “keep calm and carry on” in their own way. Their land is beautiful, they’re self-sufficient, and they don’t suspect that anything major will damage their ways of life. The elaborate creation of this world is visually immersive and gorgeous to behold, but it’s also in service of Katabuci’s most important narrative pivot point.

Little by little, the war eats away at these people, and that’s what Katabuchi wants to explore the most. In This Corner of the World isn’t a film about arranged marriage or a healthy Japanese empire, but a look at the emotional fortitude needed to exist in a place that’s quickly becoming a war zone. Land starts getting reclaimed and razed for military allocation. Food starts getting rationed, and eventually dwindles to almost nothing. Black markets begin appearing. Military police start looking for potentially treasonous behaviors within the most seemingly innocuous of everyday activities. Everyone knows someone in the military, but the risk of death becomes an increasingly painful reality the longer the war progresses. Austerity measures are taken to extreme lengths and tensions run higher and higher.

The people of Hiroshima didn’t know that the bomb dropped on them in 1945 was going to be as devastating as it was. They were used to air raids, but never anything like that. Despite a nuanced depiction of everyday people acclimatizing themselves to the harsh realities of war, the viewer still knows something that the characters don’t, and that feeling of guilt and sadness hangs heavily over In This Corner of the World. No matter what the future holds for Urano and her two families, we know that a resolutely happy ending would ring false and seem almost out of the question. Katabuchi’s slowly building narrative not only places a human face to the ravages of war, but also honours those who benefit the least from it: everyday people who have to carry on with life the best they can.

In This Corner of the World opens at Cineplex Yonge and Dundas in Toronto, Cineplex Park Lane in Halifax, Cineplex South Keys Cinema in Ottawa, Cineplex Eau Claire in Calgary, and The Park Theatre in Vancouver on Friday, August 18, 2017.

Check out the trailer for In This Corner of the World:

In This Corner of the WorldSuano Katabuchi