Review: ‘Call Me by Your Name’ 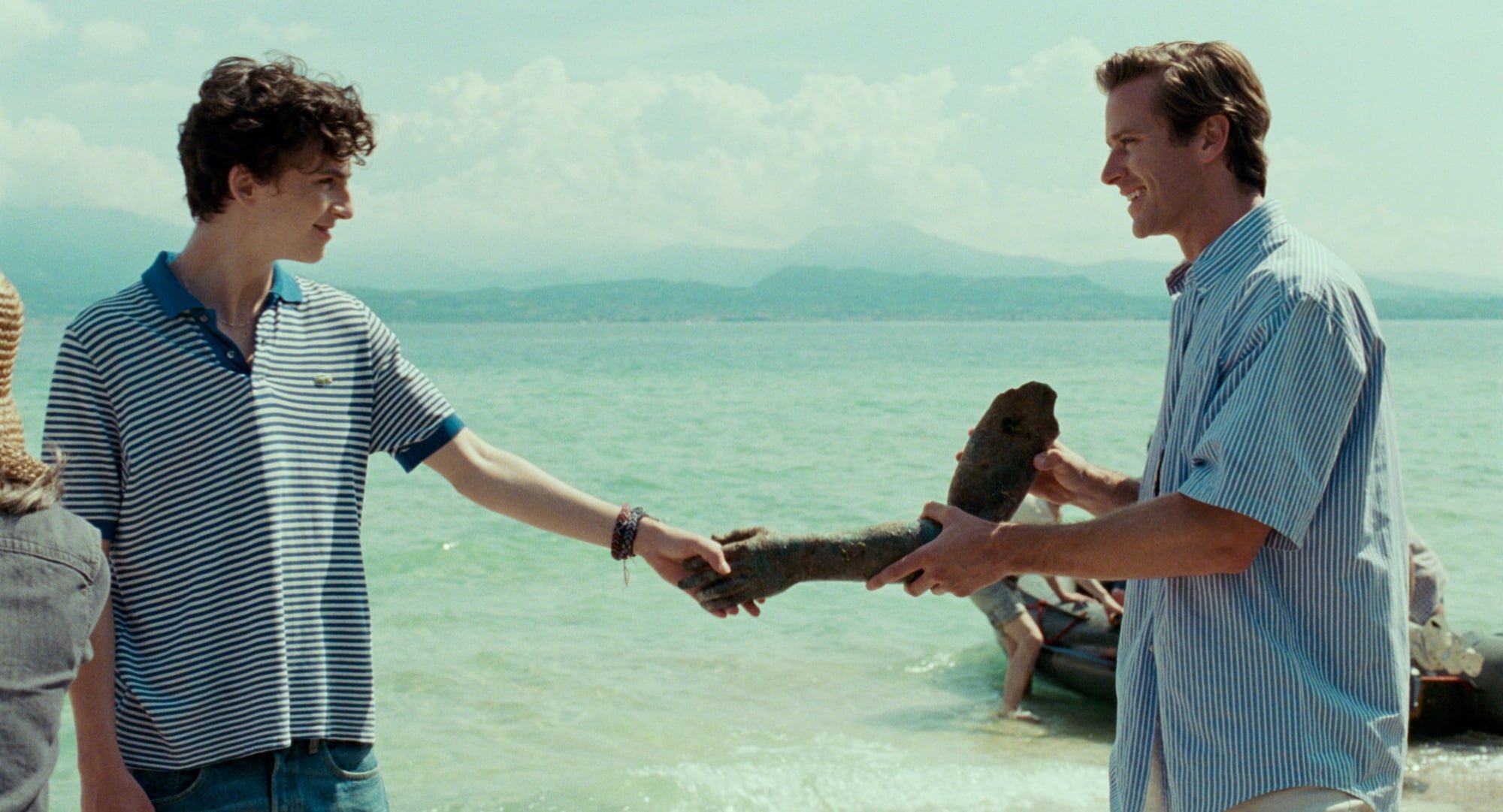 One of the year’s most moving and powerful films, Italian filmmaker Luca Guadagnino’s Call Me by Your Name is a nuanced, perceptive, intricately realized tale about the perils of young love, budding sexuality, and inter-generational relationships. Expertly performed, gorgeously photographed, and boasting one of the best scripts ever penned by the estimable James Ivory (adapting André Aciman’s bestselling novel), there aren’t enough superlatives in the world to convey its delicacy and emotional intelligence. It’s also so subtle of a film that using too many superlatives feels gauche and trite.

Set during the summer of 1983, Call Me by Your Name follows the exploits of Elio (Timothée Chalamet), a well-to-do seventeen year old Jewish-American boy and budding musical composer who spends his summers and holidays with his academic father (Michael Stuhlbarg) and mother (Amira Casar) in a rural section of Northern Italy. Every summer, Elio’s dad invites a graduate student to spend time at the family villa to continue their practical studies and work on their thesis. Twenty-four year old Oliver (Armie Hammer) arrives to his summertime home with a carefree, charming, laid back attitude that Elio isn’t sure whether to love or hate at first. An attraction gradually develops between the two young men, and their sometimes conflicted flirting builds to something more physical. Oliver is always cognizant that he’s far too old for Elio, while the teenager continues to experiment sexually not only with his new crush, but also with a young woman (Esther Garrel) who seems more sexually attracted to Elio than he is to her. These lovers understand that their trysts aren’t likely to last, but Elio might be developing feelings that will prove hard to let go of at the end of the summer.

Guadagnino (I Am Love, A Bigger Splash) is no stranger to making films about conflicted desires that run counter to basic human defense mechanisms designed to avoid emotional scarring, but with Call Me by Your Name the director with a great eye for landscapes, architecture, and equally chiseled human bodies works from his strongest material yet. The pairing of Guadagnino’s ability to capture human sexuality both frankly and humanely with Ivory’s restrained sentimentality resonates harmoniously. While Elio never acts wiser than his age (albeit definitely talented and clever for a seventeen year old), the film itself plays like it has come directly from the hearts of people who know all too well what it’s like to have loved and lost, and that both collaborators agree that it’s better to have loved and lost than to never have loved at all. While Ivory has tinkered with Aciman’s novel in some radical ways (particularly in the film’s final act), the changes that have been made to adapt the original author’s words and themes into a visual medium are for the better.

It’s a slowly building flirtation between Elio and Oliver that only becomes explicit roughly an hour into the film. Before that, Guadagnino and Ivory outline the steps of the romantic dancing that will define the relationship that’s going to follow. Elio overcompensates in bids to capture Oliver’s attention, while the older student sees through the young man’s posturing and still manages to find it all rather charming. Call Me by Your Name works because it effectively captures how people who have fallen in love recall their relationships; not as a concrete moment that can be pointed to, but a series of events, flashes, and moments forever frozen in time that build to a complete story. As far as on screen romances go, Call Me by Your Name isn’t a standardized “meet cute,” but rather a rigorously defined escalation of emotions. 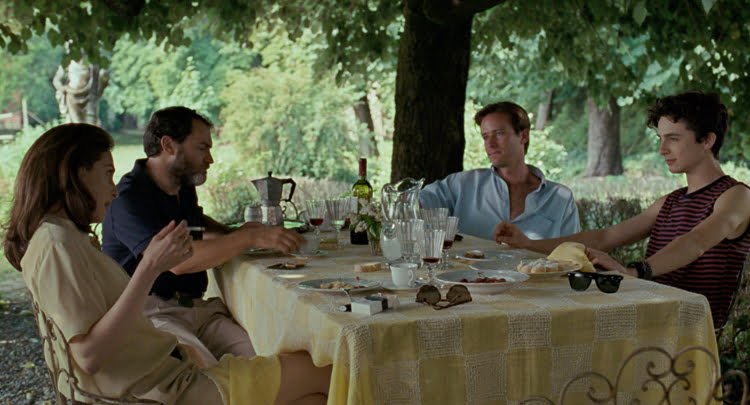 Visually, Call Me by Your Name is one of the most sumptuous productions of the year, but Guadagnino retains his ability to let the characters speak for themselves instead of letting the lavish surroundings and breathtaking countrysides overtake the direction of the story. The eye of cinematographer Sayombhu Mukdeeprom (best known for his collaborations with modernist world cinema icons Apichatpong Weerasethakul and Miguel Gomes) is focused squarely on what matters, never allowing the surroundings to swallow the actors whole. What could have been a hackneyed bit of literally eroticized travel porn remains grounded in the tangible and immediate rather than the exotic.

Ivory’s screenplay allows plenty of material for the brooding, fallible, but likable Chalamet (who’s having an outstanding break-out year between this, Lady Bird, and the upcoming Hostiles) and the effortlessly charming Hammer to work with, but it’s generous enough to allow both Stuhlbarg and Garrel to virtually steal the entire show with a pair of heartfelt speeches delivered to young Elio. Chalamet – who’s assuredly Oscar worthy – and Hammer are rightfully getting praises heaped upon them, but the work put in by Stuhlbarg and Garrel in their less showy parts offer the film two of its most defining moments.

Call Me by Your Name builds to one of the most devastating final shots in cinematic history, one that brings Ivory and Aciman’s story to a pronounced, unforgettable conclusion. When one thinks back on Guadagnino’s unshakable final shot, they’ll also think back on everything that came before it, analysing past sequences through this one semi-static moment. It’s a gutsy, understated, unflinching moment that’s too great to be spoiled, and the best example of why this will forever be remembered as one of the landmark films of 2017.

Check out the trailer for Call Me by Your Name: