TIFF showcases the rarity and resurgence of 70mm film 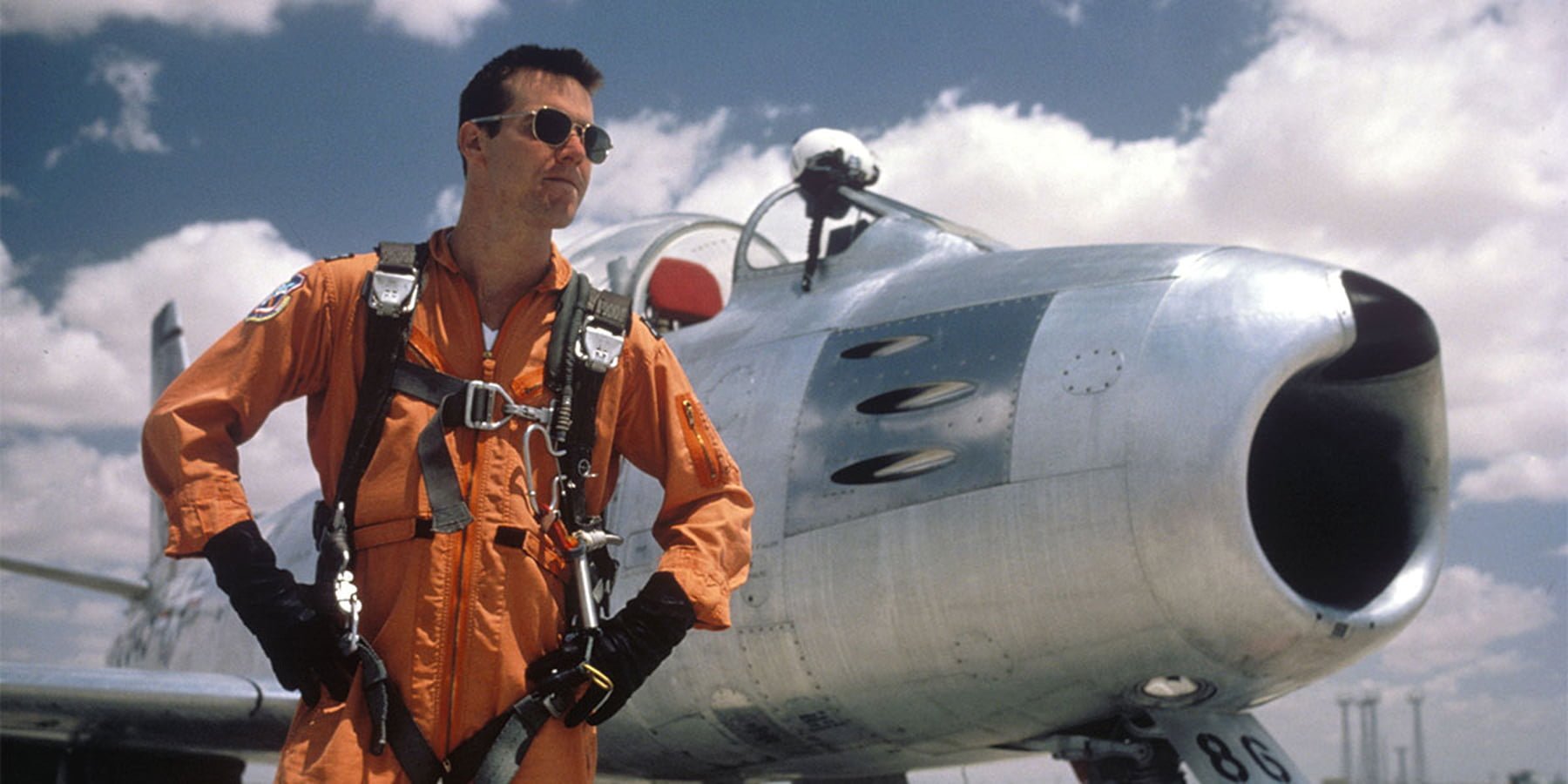 Recently, filmmakers like Christopher Nolan and Quentin Tarantino have done their best to try and revive the dying media of celluloid. Cinema as an art form and movie houses still exist, but the tactile experience of threading up a reel of film to run through a projector has largely been replaced in the digital age in favour of clearer, more cost effective modes of exhibition.

While it probably would have been easier (although still rather difficult) to advocate for the exhibition of 35mm film prints – primarily the industry standard – Nolan and Tarantino fought for the revival of something even rarer: the revival of large scale 70mm projection, something that was, for all intents and purposes, dead as a doornail outside of limited runs and one off screenings of well worn prints at repertory circuit theatres that could still play these behemoth prints. In Toronto, currently only four cinemas are regularly capable of showing these prints: the recently renovated Cinesphere (which can play an IMAX equivalent of 70mm), theatre 8 at Cineplex Varsity, the Kingsway in the west end, and theatre 1 at TIFF Bell Lightbox, which will once again play host to a slew of classic and contemporary films screened in large format this holiday season with their Magnificent 70mm series (running December 23 to January 7)

To overly simplify things a bit, 70mm exhibition was once reserved for top of the marquee spectacles and blockbusters; the films that would play on the largest screens and the largest houses. It was to moviegoers in the 1970s and 80s what IMAX is to today’s generation of film buffs, only arguably grander. While most films weren’t originally shot on 65 or 70mm film stock – thanks to the format’s notoriously cumbersome cameras and its high cost – almost every major blockbuster would be “blown up” to the 70mm format.

Not every theatre in the world had the capability to run 70mm, but in most major cities and markets there would be a flagship cinema of sorts that would play host to screenings of the latest event pictures in that format. They would also likely jack up the price of tickets for the privilege of a 70mm screening in a large auditorium as opposed to seeing the same exact film on 35mm down at the theatre in a local shopping mall.

One of the film’s screening at this year’s 70mm retrospective at TIFF is Steven Spielberg’s E.T.: The Extra-Terrestrial, one of the highest grossing films of all time. On its opening day in 1982, it screened in Toronto on 70mm, but it wasn’t the only film to be screened on the format in the city that summer. Rocky III, Poltergeist, Star Trek II: The Wrath of Khan, Annie, and Grease 2 (which had the woeful misfortune of opening the exact same day as E.T.) could all be seen in premium projection for premium prices. There was a time in Toronto’s history where seeing a film in 70mm was quite accessible to the film-going public.

By the end of 1982, not only was E.T. still showing in 70mm in Toronto (at the Hyland for what newspaper ads touted as “increased prices”), but they could also catch the fantasy adventure The Dark Crystal (also a part of TIFF’s line up this year, and which just turned 35 on December 17) or a double bill of Star Wars and The Empire Strikes Back at the University Cinema. Newspaper ads in local dailies urged viewers to see the double bill “as they SHOULD be seen in 70MM on the BIG SCREEN.” The format was a major selling point.

Strangely enough, two 1982 release that didn’t get 70mm exhibitions in Toronto upon their initial release would go to belatedly join the ranks of the most iconic films of the decade: Blade Runner and The Thing. The inclusion of one of John Carpenter’s masterworks as part of TIFF’s winter series of 70mm exhibitions thusly becomes even more of a rarity. Even at the height of the medium, there was a fight among distributors to secure 70mm capable houses for their more grandiose blockbusters.

If 1982 found 70mm exhibition as its peak, the rest of the decade would find the format steadily declining. With the rise of multiplexes, exhibitors began to prefer multiple houses that could hold two hundred people each in the place of one that might hold up to a thousand. These larger cinemas demanded more work of projectionists, and these multiplexes couldn’t handle the labour intensive job of screening a 70mm film print properly. In the early 80s, there would be between 5 and 10 films that could be seen on 70mm in the city of Toronto. By the early 90s, that number was down to one or two at a time. 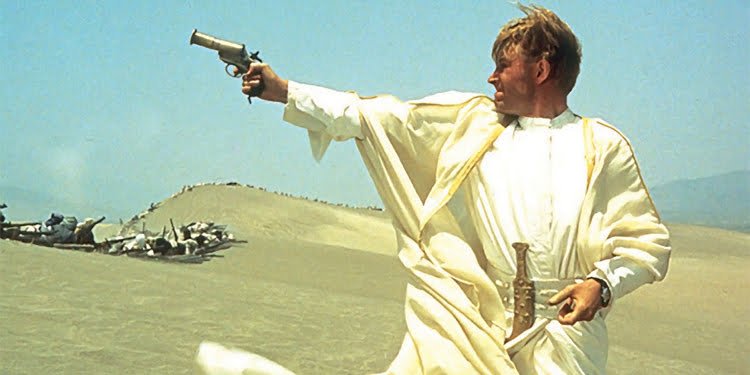 70mm was all but extinct except for large scale classics like Lawrence of Arabia (which will screen at TIFF with a brand new print), The Right Stuff, Hitchcock’s Vertigo, Peckinpah’s The Wild Bunch, and Kubrick’s 2001: A Space Odyssey popping up at cinematheques for specialty screenings. The wide scale use of the format went out of fashion long before its little brother 35mm did thanks to the amount of money that was tied to maintaining and storing the projectors and prints. Today, finding replacement parts for a 70mm projector is almost impossible; a harsh truth that TIFF learned when technical setbacks forced the Lightbox to cancel the entirety of this series last year. (The projector was thankfully fixed for a special, extremely rare screening of Michael Cimino’s Year of the Dragon in the spring and is ready to run for this year’s line-up.) 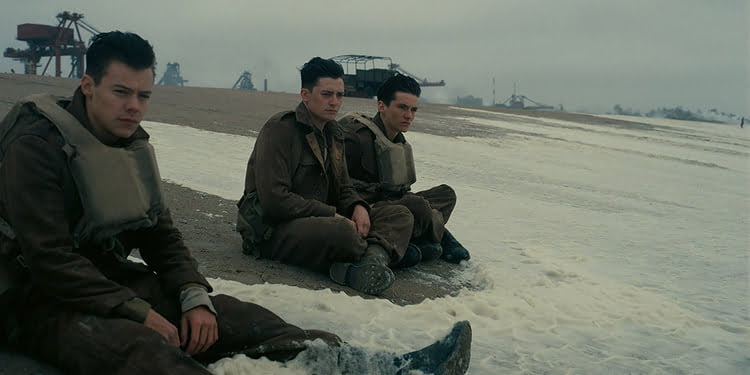 In recent years, Filmmakers like Quentin Tarantino (with The Hateful Eight), Paul Thomas Anderson (with The Master), and Christopher Nolan (who shot portions of Dunkirk, Interstellar, and The Dark Knight Rises with IMAX 70mm, which is different, but still noteworthy) have been trying to get mainstream theatres to exhibit the format once again, but it remains a cost prohibitive and uphill battle in the digital age. Kenneth Branagh – who delivered one of the last semi-wide 70mm releases of the 1990s with his opulent and rigorously faithful Hamlet adaptation – recently shot a great deal of Murder on the Orient Express using some of the last remaining 65mm cameras in the world, and even a major studio production of that calibre and commercial appeal couldn’t make a wide and proper 70mm run of the film materialize.

One has to wonder if this resurgence of the 70mm format has gotten as big as it’s going to get or if more filmmakers will take up the cause. Right now, it firmly remains a niche market, but one that many cinephiles willingly pay up to catch whenever the chance arises, and especially when organizations like TIFF offer chances to see classics projected in their original intended formats. For now, 70mm is easing its way back into the mainstream, but thanks to the dedication of organizations life TIFF, hopefully the resurrection of the medium is pushed a little further into the light. Watching any film in 70mm is truly a sight to behold and unlike anything most younger filmgoers have ever seen. Here’s hoping the prints and equipment stay around long enough for TIFF to do this every year.

2001: A Space Odyssey, Vertigo, Lawrence of Arabia, E.T.: The Extra-Terrestrial, The Right Stuff, The Wild Bunch, The Dark Crystal, The Thing, Willow, Interstellar, and Dunkirk all screen multiple times as a part of TIFF’s Magnificent 70mm retrospective, running from December 23 until January 7. Check out their website for showtimes and tickets.