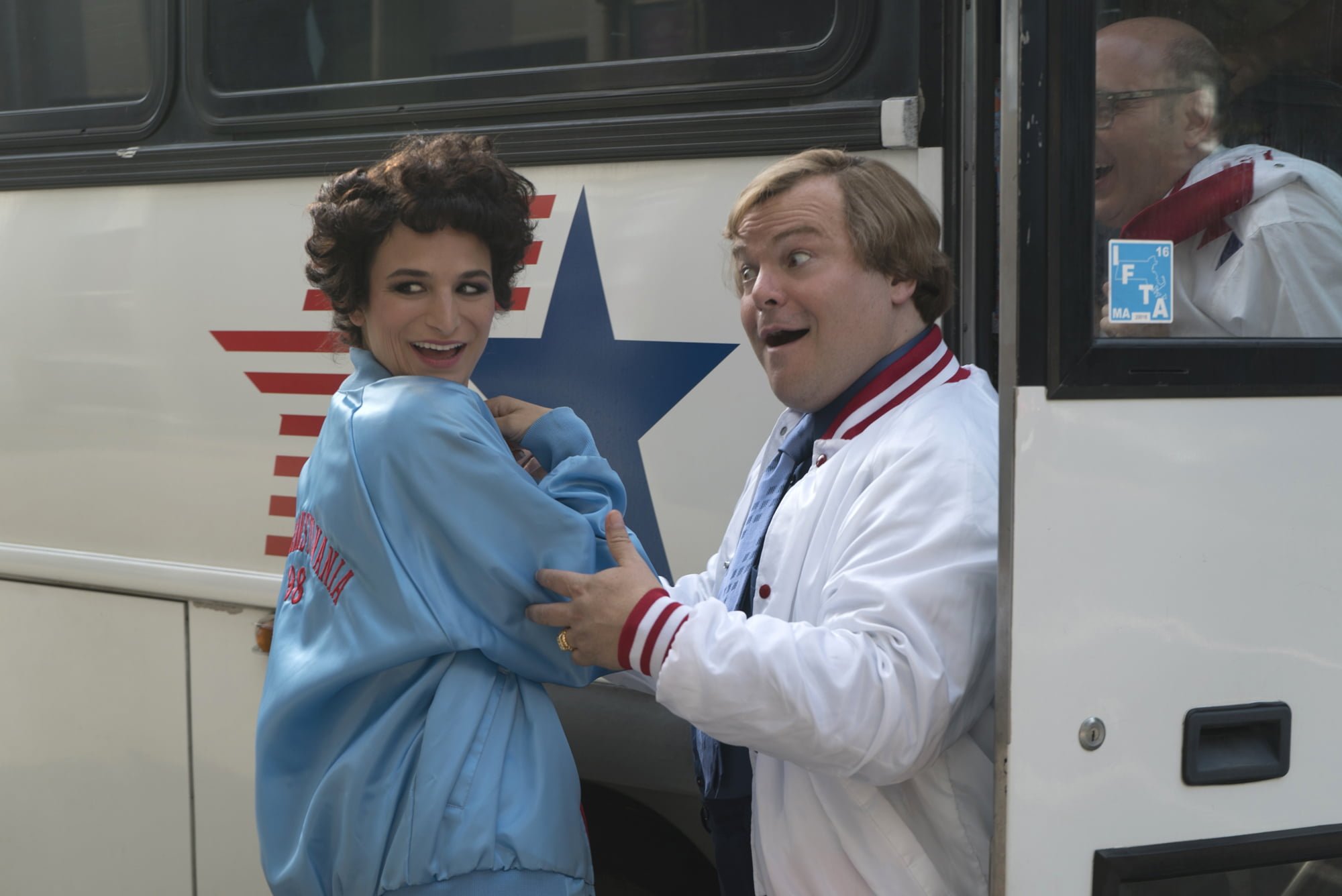 The darkly comedic biopic The Polka King is a well made example of a “straight to Netflix” film. This “stranger than fiction” look at a former oom-pah-pah baron and Grammy nominee who perpetrated massive amounts of fraud in the 1990s is lean, fast paced, almost completely devoid of filler, and likely works better at home than it would in the confines of a theatre. Netflix is the perfect place for a film like The Polka King, and that’s not in any way a knock against the talent and effort that went into making it.

Polish immigrant Jan Lewan (Jack Black) is living what he thinks is the American dream, but he has his sights set on building an empire and family legacy. The owner of a small, Polish themed gift shop and performer of any number of menial labour tasks for extra cash, Lewan’s biggest claim to fame and creative outlet is his headlining of a multi-piece polka orchestra (complete with dancers wearing bear and chicken costumes). Putting all of his money back into the band and barely scraping by when it comes to providing for his family, Jan becomes desperate and starts taking on “investors” to sustain his act, lifestyle, and business pursuits. Promising 12% returns on massive investments (that almost exclusively come from well off elderly people in his local Pennsylvania community), Jan creates a fleetingly sustainable Ponzi scheme that keeps his family and bandmates comfortable, while drawing the attention of the SEC.

Spun off from the 2009 documentary The Man who Would be Polka King, the latest film from director and co-writer Maya Forbes (Infinitely Polar Bear) wastes no time getting started. Everything we need to know about who Lewan was gets laid out in the first twenty minutes without feeling too overwhelming. There’s loads of exposition to get through in the script from Forbes and Wally Wolodarsky (who appears on screen as one of Black’s bandmates), but it’s generously doled out and balanced. Initially, it feels like The Polka King might have a lot of ground to cover, but the large amount of explanation off the top proves to be necessary if Forbes wants to tell Lewan’s sordid story from more than just the titular character’s skewed point of view.

That The Polka King was inspired by a documentary isn’t much of a surprise, since Forbes pitches the material in a similar light to recent faux docs I, Tonya and Richard Linklater’s Bernie. While there aren’t any moments of knowing direct address to the audience in The Polka King, the idea of depicting Lewan as an openly shady, but possibly well meaning, sympathetic, confused, and unlikely criminal mastermind feels like a tried and true formula at this point. As Jan continues to dig himself deeper into a criminal hole via a series of escalating cons (which include trips to meet the pope and the rigging of a beauty pageant), Forbes depicts her antihero as a people pleaser who willfully ignored the illegality of his actions because he thought all parties involved in the con could mutually benefit. 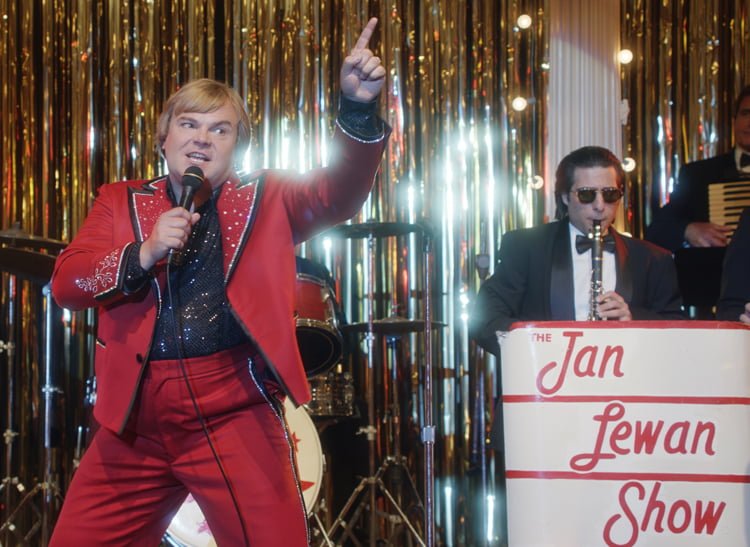 Black, as he showed so expertly in Bernie, has an underrated knack for finding the humanity and likability in conflicted characters with faults so large they can be seen from space. Not only can Black pull off the musicality of Lewan’s on stage persona, but he portrays the man as someone the viewer wants to believe will do the right thing, even when we know for a fact that he won’t until it’s too late.

Black also displays a generosity in his best performances that’s perfect for The Polka King’s well qualified and expertly chosen supporting cast. Jenny Slate continues to impress as Lewan’s kind, supportive, easily duped wife. Her chemistry with Black is effortless, and Forbes nicely goes out of her way to make sure that Slate’s character is equally represented instead of depicted as a guileless co-conspirator. Similarly rich and well rounded are turns from the always reliable Jason Schwartzman and Jacki Weaver, as Jan’s closest confidant and his suspicious mother-in-law, respectively.

Forbes and Wolodarsky lay out their characters succinctly and immediately, allowing their qualified cast to explore the nuances of these people without encumbering them through further exposition. We know who these people are and what the situation is, and Forbes wisely focuses on what they’re all going to do about it. Once the plot is laid out right off the bat, The Polka King allows the cast to explore the humanity within the material instead of playing it for cheap laughs or forced dramatic beats. While The Polka King is most easily defined as a comedy, it’s one that’s rarely laugh-out-loud hilarious, and one that’s more likely to elicit consistent smiles and purposefully uncomfortable chuckles because of the strange nature of the case at hand.

A film pitched at such a delicate level often feels slight when exhibited theatrically, and Forbes’ firm focus on character, performance, and plotting over any discernable cinematic style reinforces that. But watching The Polka King at home feels like a perfect fit. It’s certainly well crafted in every way that matters, but it also makes the film’s lack of flash into an asset instead of the liability it might have been with a theatrical run. At any rate, it’s a fascinating character study that does exactly what it needs to, populated with likable performances and very little bloat. What’s not to like?

The Polka King premieres on Netflix on Friday, January 12, 2018.

Check out the trailer for The Polka King: