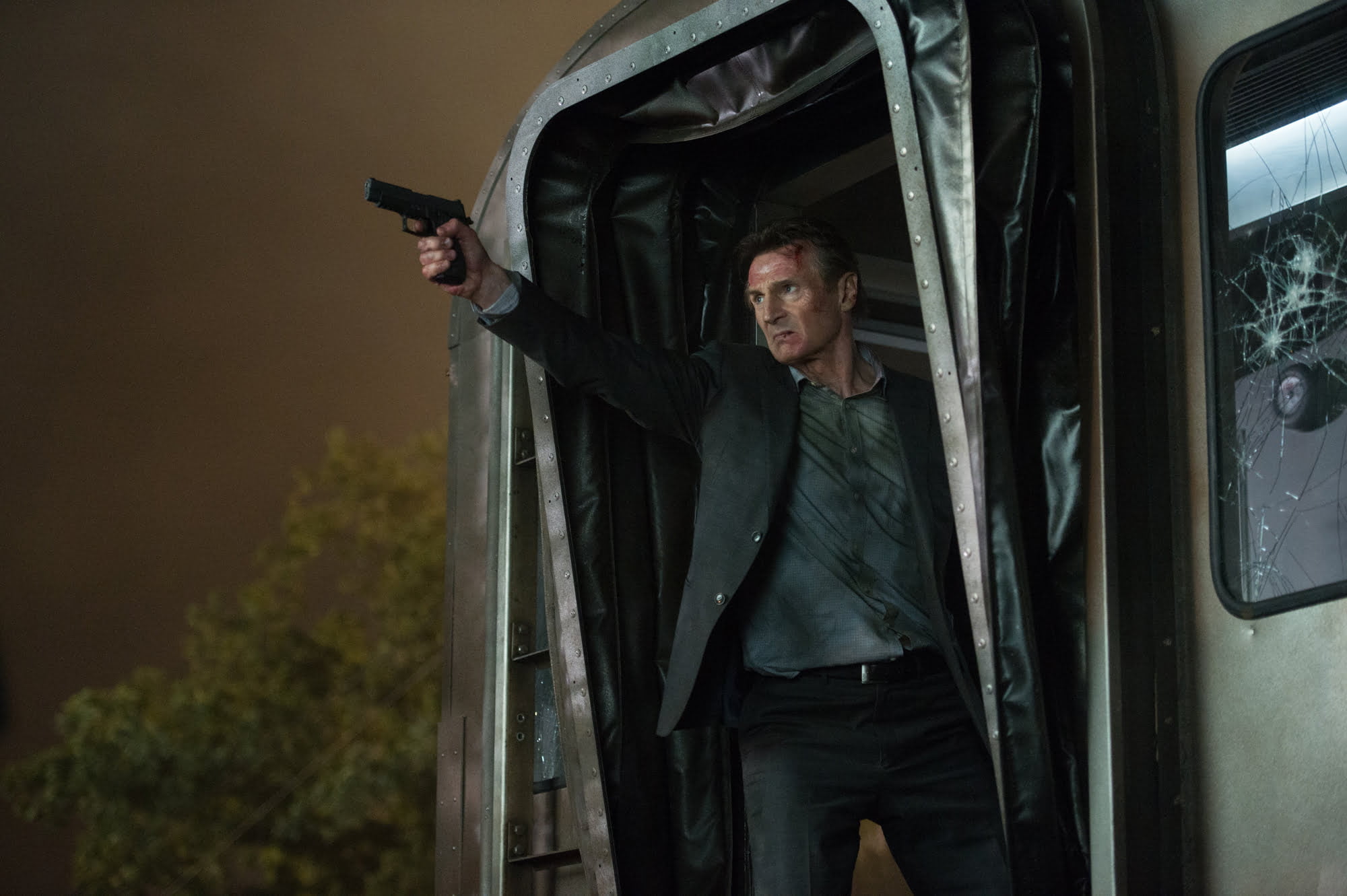 While the idea of aging Liam Neeson as an action star has become something of a punchline recently, his latest genre effort and collaboration with filmmaker Jaume Collet-Serra, The Commuter, does a fine job of illustrating why he keeps getting these roles. Grounding an admittedly silly, implausible, but entertaining story of an everyman pulled into a deadly situation, Neeson and Serra’s familiarity with such material and each other’s particular set of skills makes for a delightful, well crafted B-movie confection.

Five years from retirement, life insurance salesman and former cop Michael (Neeson) has just been laid off, and is given an extension of his health benefits in place of a tangible severance package. It couldn’t come at a worse time. His teenage son is bound for university at the end of the summer, and his family has already been living paycheque to paycheque as it stands. After hitting the pub for a few drinks with his former partner on the police force (Patrick Wilson), Michael heads home as he does most days on the Hudson North commuter line. On a train where he routinely recognizes regular riders, Michael is approached by a woman (Vera Farmiga) that he’s never seen before. The chatty traveller poses what Michael thinks is initially a hypothetical question: in exchange for a large amount of cash hidden in a washroom, would he track down a specific passenger on the same train and place a tracking device on the bag. Michael soon discovers that the woman’s proposal is more than hypothetical, and that he’s in well over his head. With his family in danger and no way to ask for help without further endangering innocent passengers, Michael has to use his detecting skills to find this mysterious passenger and figure out what makes them so important to some obviously dangerous people.

If The Commuter sounds like a riff on Neeson’s airplane-set Non-Stop, that’s probably because Neeson previously collaborated with Serra on that equally implausible and paranoid thriller. In total this marks the fourth collaboration between the star and director (which also includes the decent Run All Night and the mediocre Unknown). This time instead of walking back and forth on a train, Neeson has to walk back and forth through every car of a train like a world beaten and put upon Poirot. All of their collaborations are heavily stylized Hitchcockian yarns about an everyday person drawn into a deadly game of cat and mouse through a combination of desperation and dramatic contrivance.

And like the old adage goes, “if it ain’t broke, don’t fix it.” While The Commuter does suffer somewhat from being so similarly plotted to Non-Stop, Neeson and Serra still deliver the audience exactly what they would look for in such material. Neeson gets the chance to beat up some baddies, spout some gruff one-liners, and allow viewers to feel sympathy for Michael’s increasingly complicated task. Serra doesn’t get in the way of his leading man’s performance, but he delights in foreshadowing, playing with red herrings, and stretching the suspense as far as it will go. 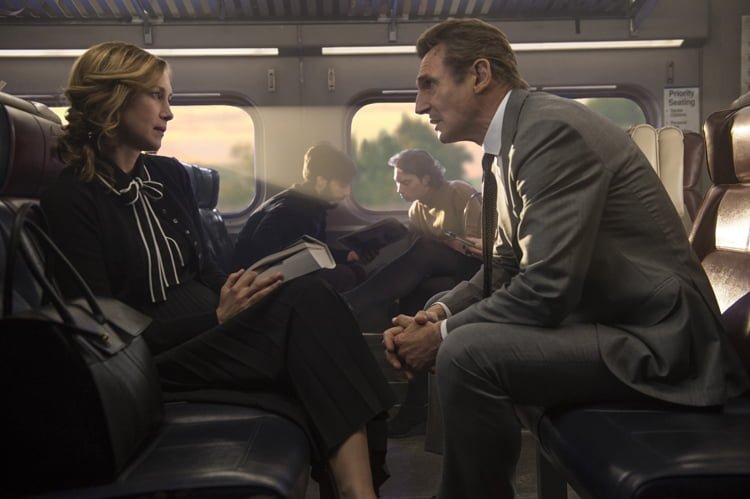 Those who think Neeson is getting a bit long in the tooth for this sort of thing will also be happy to know that The Commuter is much more of a suspense thriller than an outright action film (once again, playing to the strengths set forward in Non-Stop). Outside of some fisticuffs, there’s only one large scale action sequence, and in a novel twist, it occurs at the end of the second act instead of during the climax. The bulk of The Commuter finds Michael nervously playing the role of a detective instead of making him an outright badass. Neeson plays Michael as appropriately terrified by his situation; someone who acts on instinct and fear without the benefit of much time to think about what’s happening.

Serra further solidifies his reputation as this generation’s go-to director for such twisty, B-movie larks. The Commuter has energy to spare, and Serra works hand in hand with cinematographer Paul Cameron and editor Nicolas De Toth to make sure that there’s no wasted motion. The Commuter – again like Non-Stop, Run All Night, or Serra’s most recent effort, The Shallows – only works if there’s a propulsive drive to the material, and no other filmmaker working today can balance existential dread and visceral thrills without stopping for breath like Serra. Say what one will about the material being used by the filmmaker and his penchant as of late to use the same leading man, but strictly from a stylistic standpoint, his films have become low key masterclasses in creating tension and entertainment out of often ridiculous high concepts.

Serra also delights in bringing subtext out from his material. There’s a pronounced economic undercurrent to The Commuter that’s sometimes played for obvious gallows humour and other times as a poignant reflection of the film’s protagonist. I also doubt that there has been a modern  filmmaker more enamoured by creating a sense of paranoia via people texting and talking on cell phones than Serra. Here’s a filmmaker that understands modern, everyday fears and tries to inject them into B-movies to make sure that the audience gets a film that’s actually about something realistic despite the unrealistic trappings of the plot. While one could argue the cultural and artistic weight of Serra’s work, I think that the world needs more filmmakers like him that are willing to look somewhat silly and irreverent in a bid to show viewers something deeper below the surface level chills and thrills.

And yes, the material is quite silly, overstuffed, and admittedly predictable. While the identity of the mysterious passenger Michael is searching for is delightfully obscured, the mysterious villains and their motives are painfully obvious before our hero even boards the train. But The Commuter is more about the journey than the destination. It’s a literal thrill ride, and like most thrill rides, we already know that the slow down before the ride stops will be disappointing, but never to the point where we regret getting on the ride in the first place.

Unless you hate having fun. In that case, just don’t get on the ride. Anyone buying a ticket for The Commuter will know for better or for worse exactly what they signed up for.

The Commuter opens in theatres everywhere on Friday, January 12, 2018.

Check out the trailer for The Commuter: