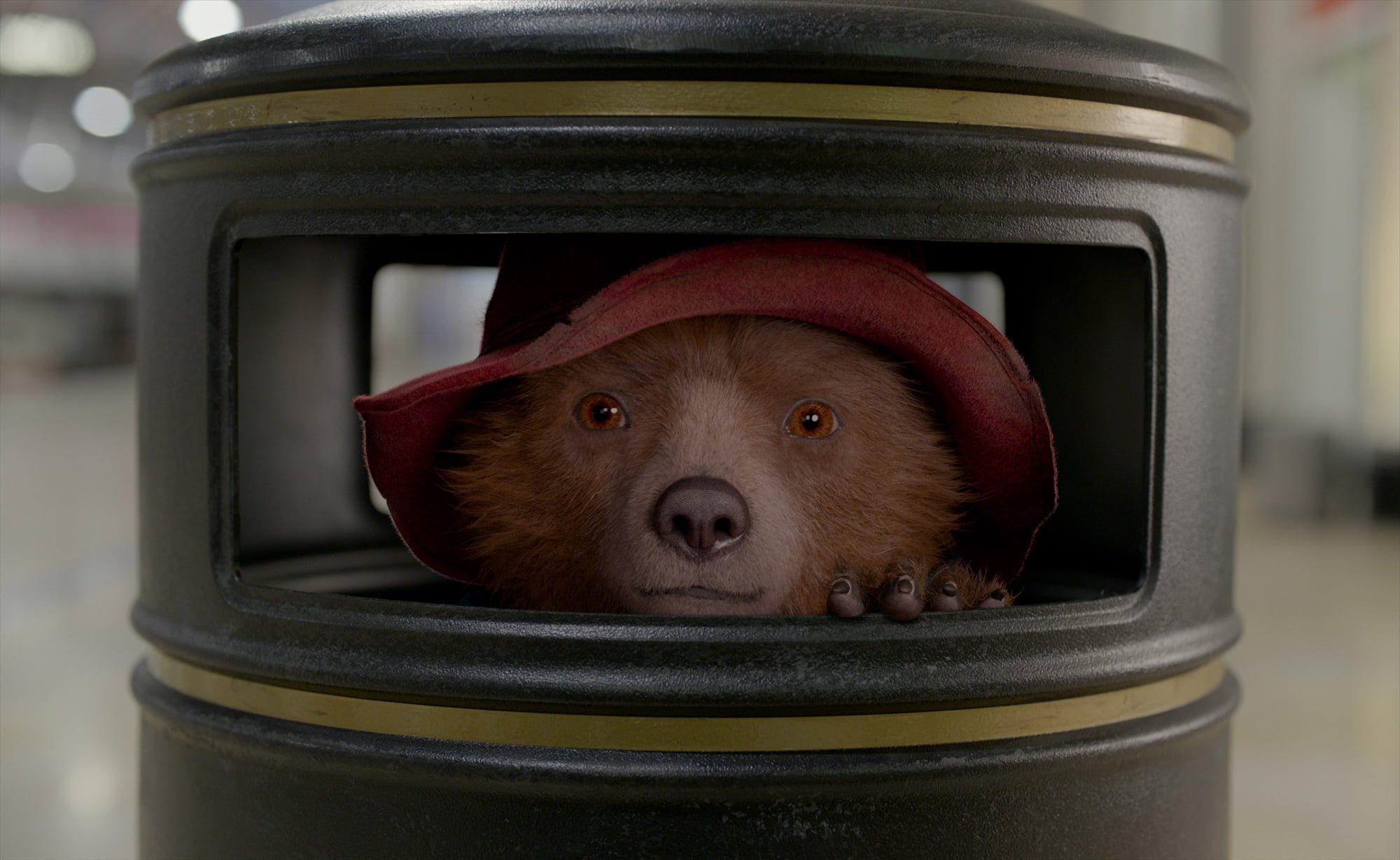 Two years ago, when I named Paddington the best film of 2015, more than a few eyebrows were raised among my film critic colleagues. While it was generally agreed upon that writer-director Paul King’s big screen adaptation of the misadventures of the late Michael Bond’s lovable British based bear from Darkest Peru was an unexpected delight, few thought its wealth of ingenuity and warmth was worthy of being called the best film of the year when so much more “prestigious” and “important” fare came out after its early January release.

It’s a decision that I proudly stand by, and I wouldn’t change for all the marmalade in the world. Paddington was exactly the kind of ambitious, hilarious, charming, and expertly crafted bits of cinema that the world needs more of: family entertainment that doesn’t talk down to kids, is made with the utmost care for the audience and characters, and entertains adults just as effortlessly. King has returned this January with more of the same in the form of the equally lovable, endearing, and impeccably crafted Paddington 2, a sequel that only doesn’t match the original in the sense that there are slight differences in quality between The Godfather and The Godfather Part II. It’s the cinematic embodiment of pure, undiluted joy and goodwill made for a world desperately in need of both.

Once again using one of Bond’s stories as a jumping off point before going in its own unique direction, Paddington 2 finds our ursine hero (once again voiced by Ben Whishaw) performing odd jobs so he can buy a gift for his beloved Aunt Lucy’s 100th birthday. Paddington has his eyes and heart set on a rare pop-up book of London created by a circus tycoon; something the bear sees as symbolic for Aunt Lucy, who has always wanted to visit the British city, but has never left the jungles of Peru. Undeterred by the book’s whopping one-thousand-pound price point, Paddington works as a barber’s assistant, impromptu dog groomer, and window washer to try and procure the gift. His efforts are thwarted, however, by Phoenix Buchanan (Hugh Grant), a former A-list actor that’s fallen into debt who steals the book from Mr. Gruber’s antique shop because he believes it to be the key to a hidden treasure of riches. When master of disguise Buchanan slips away undetected, Paddington is charged with the theft and sentenced to prison, while his friends and guardians – the Brown family (led by Sally Hawkins, Hugh Bonneville, and Julie Walters) – try everything in their power to clear the bear’s name and bring him home.

If there’s anything negative to say about Paddington 2, it’s that the story from King and co-writer Simon Farnaby takes a bit more of a suspension of disbelief to get into than its predecessor’s origin story. The series of events that land Paddington in initial jeopardy here are threadbare, and the treasure hunt conducted by Grant’s unhinged villain isn’t all that thrilling. Those quibbles, however, are only minor distractions from the overall fun to be had here.

King wisely frames Paddington as a force for good in the world, placing the character’s desire for a kind and charitable society at the forefront. His very presence keeps the Windsor Gardens neighbourhood in good spirits, and even in prison he’s able to transform a place of punishment into a colourful, upbeat wonderland. He’s a kind, gentle soul; the best that any human or bear could ever aspire to be.

Similarly, his status as an outsider who doesn’t look like everyone else, means he’s also the subject of ridicule and derision, particularly by neighbourhood jerk and self-appointed watchman Mr. Curry (Peter Capaldi, leaning hard into his character’s subtextual representation of post-Brexit xenophobia and hysteria), a hard edged judge (Tom Conti), and a prison cook (Brendan Gleeson) who will gradually become the bear’s ally. Paddington’s kindness and generosity makes these characters suspicious. It’s because these self-righteous, entitled ingrates see themselves as the centre of the universe, and Paddington as a distraction from their self-worth. There are several emotionally gutting sequences in Paddington 2, but none perhaps as villainous as Mr. Curry surveying a colour and joy drained Windsor Gardens in our hero’s absence and remarking that it’s his ideal world. 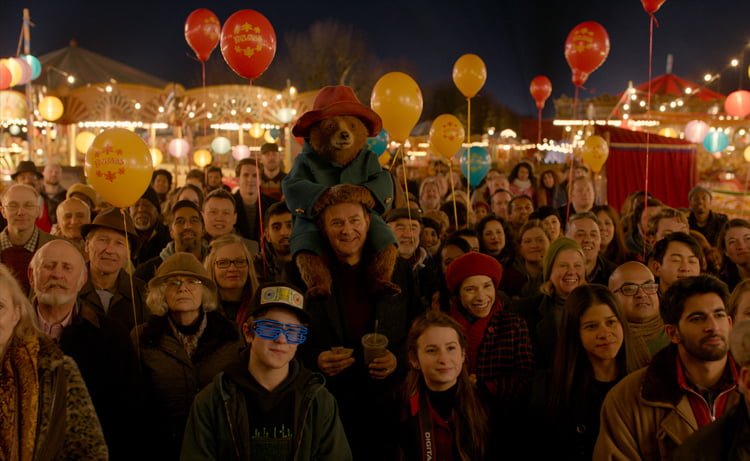 Obvious and subtly pointed metaphors for immigration aside, Paddington 2 also shows an exponential leap forward for King as a director. If his previous feature was visually inventive, Paddington 2 is King and company delivering pure eye candy without forsaking any substance. Leaning harder into the first film’s obvious influences of Wes Anderson and Charlie Chaplin, Paddington 2 is a technical marvel, packed with so many blink-and-you’ll-miss-them moments that one could watch it a dozen times and still not pick up on all of them. Words can’t do King’s visuals justice, and they’re designed to be seen on the biggest canvas possible.

The human cast of mostly returning performers prove once again to be great sports who show just as much love for Bond’s creation as King. Hawkins delights as the adventure loving mother, and while Bonneville has less to do this time out, he’s having a lot of fun playing along with Mr. Brown’s ongoing mid-life crisis. Gleeson and Walters steal every scene they’re in (even against Whishaw’s still resounding lovable voicework), but it’s Grant who truly shines brightest here. In the least egocentric role of his career, Grant skewers his own on and off-screen image with gleeful, “down for anything” aplomb.

Paddington 2 is a soothing, welcome, expertly designed distraction in a world so ready to crumble and fall apart at the seams. It’s a film about being polite, doing good, and having fun even in the darkest of places and moods. It’s visually stunning, laugh-out-loud hilarious, heartwarming, and destined to remain one of the best pieces of mainstream, big budget entertainment by the end of the year. The race for the best picture to be released in North America in 2018 officially has a high bar to clear.

Paddington 2 opens in cinemas across North America on Friday, January 12, 2018.

Check out the trailer for Paddington 2: