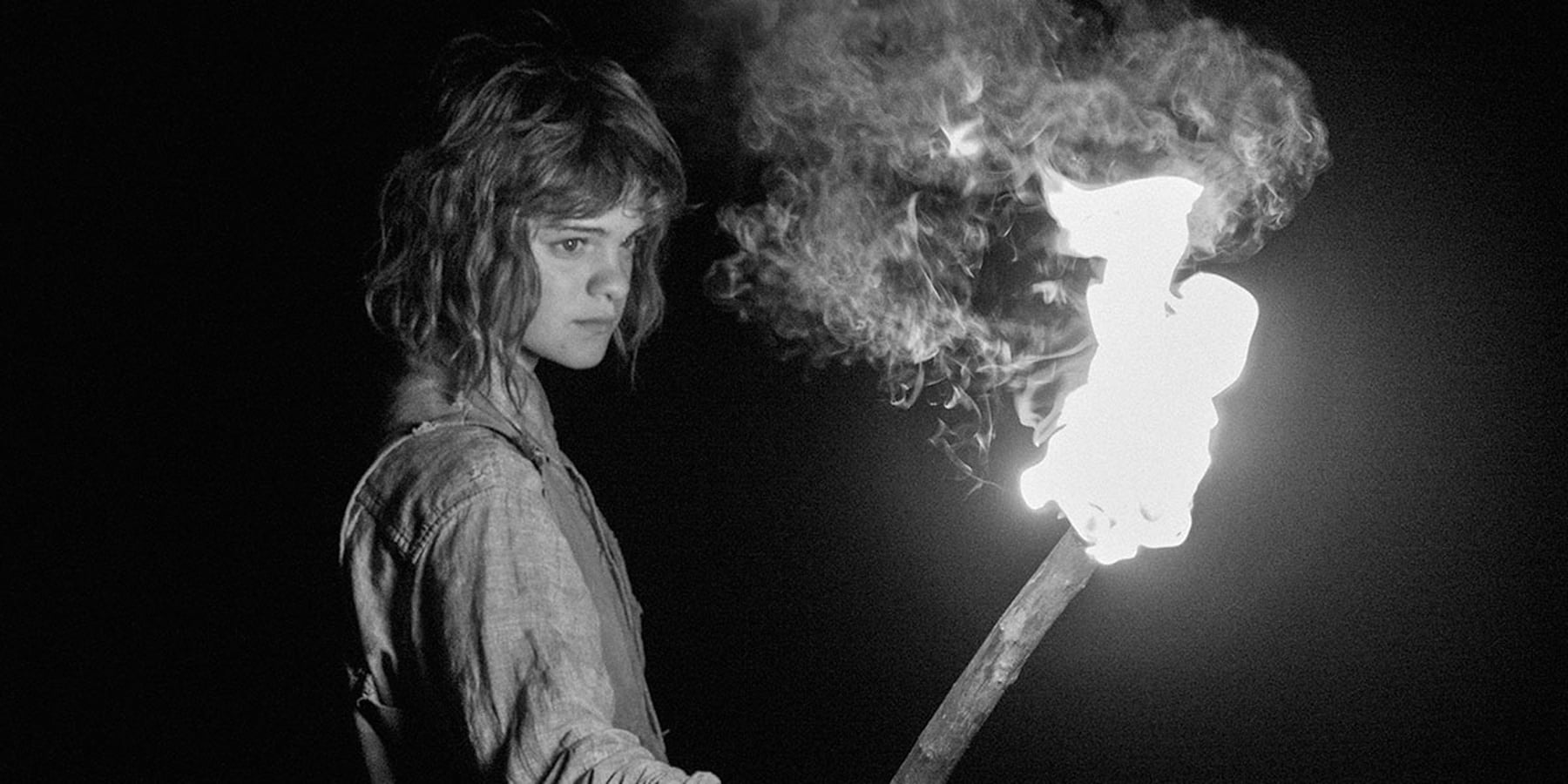 TIFF’s annual celebration of the best in Canadian cinema feels more essential than ever before. Canada’s Top Ten (running from Friday, January 12 to Sunday, January 21) comes at a unique and potentially dire moment for the country’s cinematic history.

With the rise of streaming and multiplex owning corporations skittishly booking up screens with sure-fire blockbusters and foreign films that nicely tap into Toronto’s multicultural communities, Canadian independent films are often shut out of their national marketplace. It’s well documented that Quebec supports and nurtures a lot of its homegrown talents with theatrical releases, but despite a plethora of theatres in the city, Toronto has become a relative dead zone for finding quality Canadian films. Canada’s Top Ten has become important because – in some cases – this might be the only shot local audiences have to see some of the best films produced within the country over the past year, both from French and English speaking Canada. At a time when a desire for new cinematic voices is reaching a fever pitch, more doors for theatrical distribution are shutting than opening.

As of my writing this look at the latest iteration of TIFF’s celebratory retrospective, only two of the ten chosen features have already received proper theatrical releases, both of them documentaries. Catherine Bainbridge and Alfonso Maiorana’s RUMBLE: The Indians who Rocked the World – a wonderful look at the indelible and often suppressed legacy of indigenous contributions to musical history – picked up the audience award at Hot Docs last spring, en route to a run at the Hot Docs Ted Rogers Cinema in July. Charles Officer’s Unarmed Verses – a slice of life look at a young woman living in a dying, underprivileged Toronto community – similarly got a nice bounce from Hot Docs, picking up the Best Canadian Feature Documentary Prize at the festival. Both are assuredly worth seeing if you missed them the first time around.

The remaining eight films from this year’s CTT program all bowed at the Toronto International Film Festival this past fall, and the prospect of seeing them pop up in theatres again in the near future seems hazier. While I’m sure half of the remaining selections will resurface in Toronto before the end of the year, it’s doubtful that local audiences will get a chance to catch all of them outside of this week-and-a-half long series that seems purposefully programmed every year in January because it’s a month with relatively little competition for filmgoing dollars.

The opening night film – Kyle Rideout’s quirky comedy Adventures in Public School, the story of a sheltered teenager who wants to leave homeschooling behind to follow his crush – certainly has the biggest commercial prospects of the series (which is probably why it’s opening the series), but I could see some “decision makers” and theatrical bookers thinking its ambitions are too small and grounded to compete with similarly themed and marketed American indies along the same lines.

Just as restrained, but much more emotionally gutting is Kathleen Hepburn’s debut feature Never Steady, Never Still, a cinematically stunning character piece about a woman battling Parkinson’s disease (Shirley Henderson, in a career defining performance) and the toll her illness takes on her family. If the comedy of Rideout’s film is a tough sell in this marketplace, then Hepburn’s naturalistic tendencies and poetic asides faces more of an uphill battle. 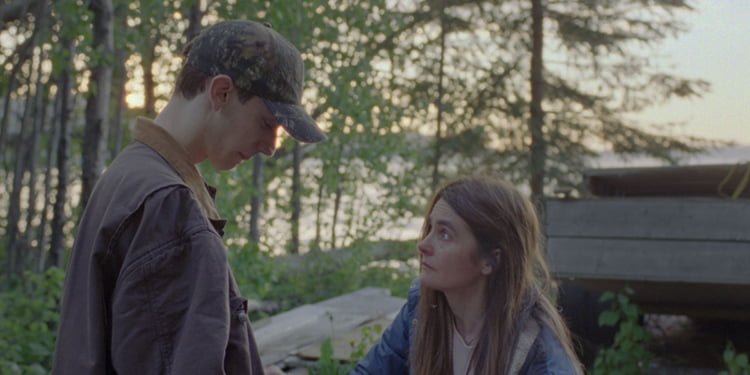 Two Quebecois films play as part of Canada’s Top Ten this year, both of them with potentially huge hooks to bring in audiences back home, but with unknown potential outside their province. A loose adaptation of Gaétan Soucy’s bestseller, Simon Lavoie’s The Little Girl Who Was Too Fond of Matches is a stark, daring, black and white look at dysfunctional and destructive family. The darkly comedic and toothy Les Affamés, from filmmaker Robin Aubert, is a different sort of zombie movie, set in the rural countryside and more interested with the nature of political and cultural posturing than cheap scares. While it would be great to see Aubert’s film come back to local screens, I’m not sure that it will, and I’m even less certain that Lavoie’s film will get another chance in local cinemas. If Lavoie’s masterful previous effort (alongside co-director Mathieu Denis) – Those Who Make Revolution Halfway Only Dig Their Own Graves – didn’t get a theatrical release last year despite winning Best Canadian Feature at TIFF and making CTT last year, this one stands even less of a shot.

A trio of feature offerings from Canada’s Top Ten deal with cultural pressures and issues of identity in pointedly political ways that make them almost poisonous at the box office from commercial prospective. Master First Nations documentarian Alanis Obomsawin’s cautiously optimistic Our People Will Be Healed looks at a Cree community in Winnipeg that’s making huge leaps forward technologically and educationally, while trying to never forget the scars left by colonialism. Vancouver filmmaker Wayne Wapeemukwa’s tapestry styled drama Luk’Luk’I (an extention of the filmmaker’s previous short films and winner of the Best Canadian First Feature prize at TIFF) looks at the disenfranchised and marginalized people that were “put out of sight and out of mind” during his city’s “triumphant” hosting of the 2010 Olympics. Iranian-Canadian filmmaker Sadaf Foroughi’s Ava looks at sexual identity, politics, and one’s right to privacy through the lens of a teenage girl whose mother doesn’t believe her daughter’s virginity. All three are films with vital messages that are worth bringing to larger audiences.

The merits and potential impact of these films isn’t in doubt (even though I personally don’t think all of this year’s selections are that great), but their status in the marketplace certainly is, and although TIFF celebrates their selections every year, the inclusion of a title as part of Canada’s Top Ten isn’t a fast track to any sort of theatrical run in the future, even at the TIFF Bell Lightbox. Last year, four out of ten of the films selected for Canada’s Top Ten failed to secure a theatrical release, and the other six had runs on only one or two screens for a couple of weeks before disappearing, regardless of their relative success or failure. While TIFF did end up booking more than half of the theatrical runs for those selected Canada’s Top Ten titles, they didn’t book all of them.

I’m not necessarily saying that they should or they shouldn’t. The TIFF Bell Lightbox is an expensive place to operate day-to-day, and the booking of more high profile American and foreign offerings makes sound business sense, but if the organization that celebrates Canadian cinema with such a series every winter can’t find room for all of their selections, then what chance do these films have outside of TIFF’s umbrella? Canada’s Top Ten is quickly morphing into the only chance for local cinephiles to catch some of the best in national cinema, and even if these screenings sell out with patrons getting turned away at the door, it doesn’t guarantee that they’ll ever come back. That’s why Canada’s Top Ten has become more essential; not because the films are any more or less relevant, but because the marketplace for them has changed drastically.

Granted, this also says nothing of how TIFF’s Film Circuit will bring many of these films to communities across Canada for special screenings throughout the year, but if many of these films don’t stand a chance of getting a theatrical release in the cultural epicentre of English speaking Canada, their prospects outside the city limits are even bleaker.

Canada’s Top Ten runs from January 12 to January 21, for a full list of films, showtimes, tickets, and a look at archival features and shorts screening as part of the series, check out the TIFF website.