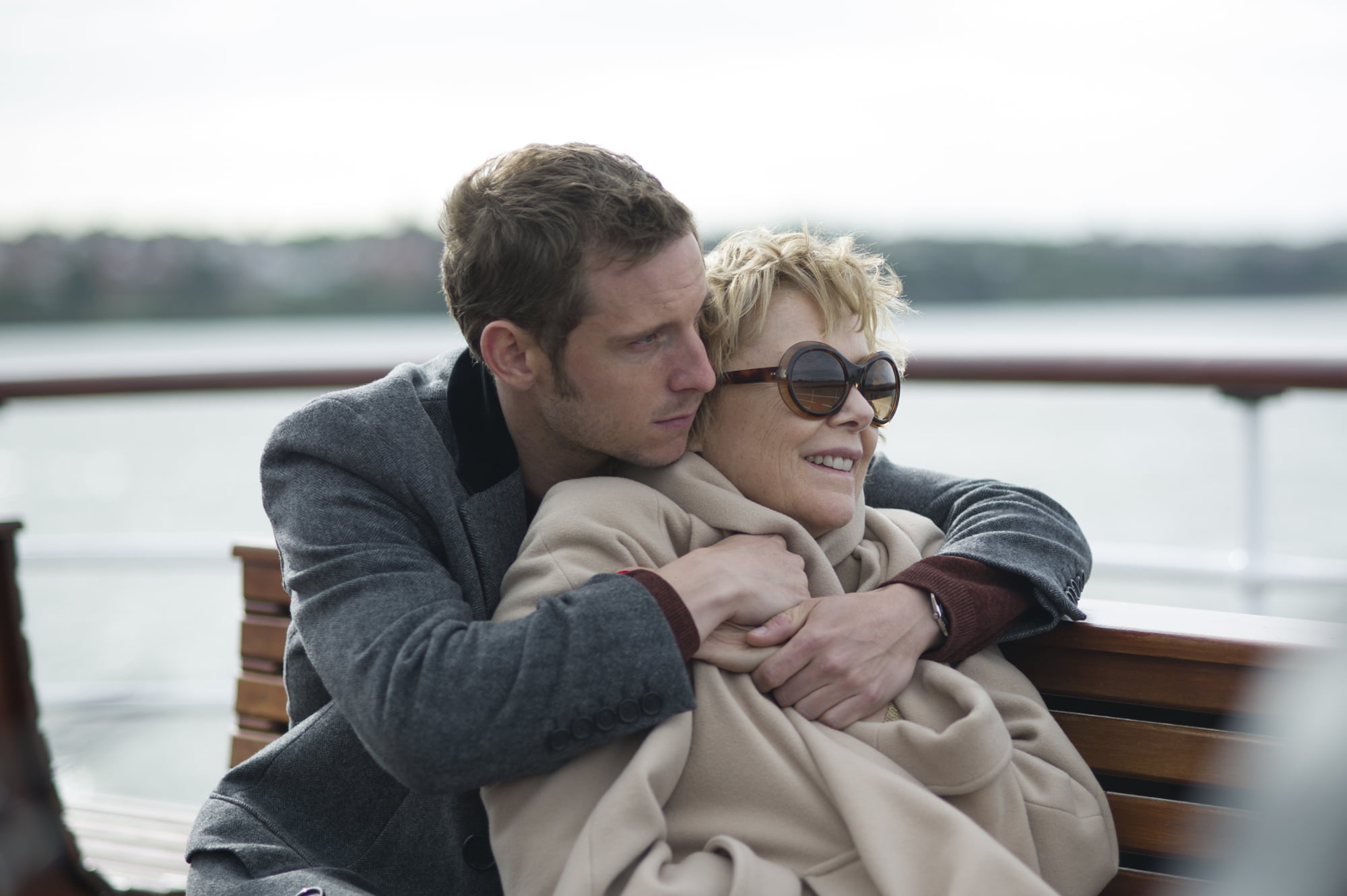 The subtle, melancholic period drama Film Stars Don’t Die in Liverpool lovingly recreates a footnote in theatrical and cinematic history with great poignancy and poise. A passion project for long time Bond movie producer Barbara Broccoli, this true story of an aspiring younger actor finding love and acceptance in the arms of an aging, award winning starlet, it’s a quiet and restrained look at how romantic bonds and strengthened, built, and broken through the power of listening and acceptance.

The actor in question is British thespian Peter Turner, played by Jamie Bell, who in 1978 began taking a shine to the beguiling new neighbour in his apartment building, one time Oscar winner and aging American big screen star Gloria Grahame, played by Annette Bening. What begins as an innocent flirtation between two professionals in the same field – both of whom are struggling as theatre actors in smaller productions in and around Liverpool – blossoms into an unlikely kinship and romance between an experienced, mature woman and a man 28 years her junior. Although Film Stars Don’t Die in Liverpool takes an intimate, sometimes uncomfortable look at the couple’s ups and downs, the bulk of the story finds Turner wrestling with the question of how to care for Gloria when she’s diagnosed with cancer and in declining health, something the actress wishes to keep secret from the public.

Based on Turner’s 1986 memoirs of the same name, Film Stars Don’t Die in Liverpool is directed by uneven, but always intriguing journeyman Scottish filmmaker Paul McGuigan, bouncing back nicely here after the critical and commercial debacle Victor Frankenstein. Reveling in soft focus shots and subtly tacky period production design that cheekily, but realistically underlines the state of Turner and Grahame’s careers at the time of their relationship, it’s the kind of film where McGuigan doesn’t have to do much heavy lifting provided that his choice of leads are on the same wavelength, and Bell and Bening bring out the absolute best in each other.

While both characters display subtle bundles of neuroses and quirks – some of them dramatically obvious and clichéd – only Turner is allowed to display any degree of naïveté. Bell shows off Turner’s inexperience in love and business subtly, and with a great degree of strength to help underscore his role as Grahame’s romantic equal and ideal. Similarly, Bening has to balance Grahane’s vulnerability and damaged ego with the aging starlet’s effortless confidence and strength. Like most great romances, the couple at the heart of Film Stars Don’t Die in Liverpool complement and contradict each other with equal parts grace and frustration. Their somewhat taboo, age defying romance is hard enough, but there are things that Turner and Grahame will never understand about each other no matter how hard they try, leading to confrontations and teary eyed meltdowns that feel respectful and earned rather than manipulative.

McGuigan accomplishes this goal by setting a grand stage before getting as far out of Bell and Bening’s way as possible. Film Stars Don’t Die in Liverpool is a rarity in cinema today because many of the couple’s tender and sometimes uncomfortable moments are portrayed in near-whisper silence instead of grand, theatrical blow-ups one might expect from two performers playing actors known for over emoting. It’s a great stylistic choice (and one that would have worked better for me if the theatre holding the film’s press screening wasn’t in a building currently undergoing large scale renovation and I didn’t have to ignore the deafening jackhammering happening on the other side of the screen). McGuigan allows Bell and Bening plenty of room to develop character and chemistry on their own, and the give and take between the pair is outstanding and graceful. Not only does the viewer buy into the relationship between Grahame and Turner, but the film feels like watching two actors who have been paired up their entire careers. 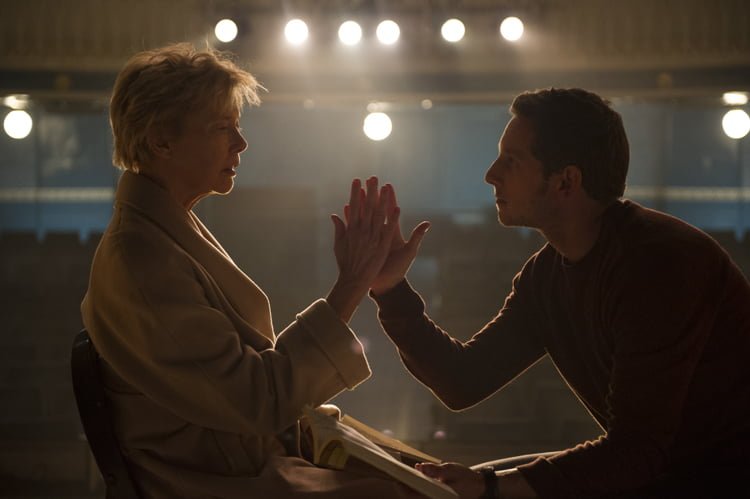 Similarly intriguing is the focus Film Stars Don’t Die in Liverpool places on Grahame and Turner’s familial dynamics outside their own relationship. Vanessa Redgrave pops up in a small, but pivotal role as Grahame’s catty, arrogant mother, a part that could have gone over the top in theatricality and malevolence, but stays brilliantly grounded here. Meatier still is the complex, increasingly unstable relationship Turner has to his mother (Julie Walters), father (Kenneth Cranham), and brother (Stephen Graham). When Gloria’s health starts failing and Peter moves the actress into the family’s home for a spell, Turner’s parents and brother begin to feel put upon and helpless. While they had doubts about the couple’s relationship before, watching them actively question if Grahame is being given the proper medical care and if Peter is doing the right thing offers just as much dramatic weight to the material as the romance.

It’s a shame that the Oscar nominations have since come and gone and that Bening and Bell won’t get as much recognition for their work here, but Film Stars Don’t Die in Liverpool at least finds itself getting a release close to Valentine’s Day, making it the least cloying and most authentic romance to come out in a theatrical season mostly known for disposable, saccharine fare. It’s low-key for a film about famous figures with larger than life personalities, but quite moving thanks to its use of restraint. In time, it will hopefully be remembered for containing some of Bening and Bell’s best work. I’d watch another film with these two as romantic leads in a heartbeat.

Film Stars Don’t Die in Liverpool opens in Toronto at Canada Square on Friday, January 26, 2018. It opens in Montreal on Friday, February 9, and expands to other Canadian cities throughout the winter.

Check out the trailer for Film Stars Don’t Die in Liverpool: