I woke with a burning in my soul to scream, GO BE. To the women who have come before, those emerging now and those that will continue to create, I applaud you all with exuberance. This is not to say I overlook or disregard the enormous inequality in our daily lives; but it is time to say, GO BE. GO BE a part of the change you want to see on the screen and in society.

It’s anything but easy to be a woman in the entertainment industry. The life of an artist comes with extreme sacrifice. From a young age the challenges to stay focused and committed to your dreams are massive. As artists, we are constantly judged by others who stand on the outside of what it takes to create; to forge on, to reinvent, to be motivated, to embrace the spark that comes and goes without warning. To create is to build on the fragile sense of wonder that fuels our imagination and to that I again I say, GO BE. Extraordinary times call for extraordinary measures.

It’s important not to let fear swallow the impulse inside your soul. We must stand tall within the industry as it changes and be an active part of it all. In the simple purity of creation there is a voice: a truth, urging strength to take over. We must continue to expect more, be more and lead by example for all the women and young creators watching on the sidelines. They are the future and it’s up to us to pave the way. We only have a brief moment of time on this planet, so we must make it count and be change we hope to see.

It takes daily courage to be present, push boundaries, deliver creative ideas, bring characters to life, capture images, moments, and to embed a new consciousness that moves us all forward. As female artists this is our calling. The female gaze will bring a new perspective to audiences, offering a new consciousness of equality that will grow and spread far beyond the borders of the entertainment industry. Themovement towards equality has just begun and we must be a beacon of light to all women across the globe who are looking on with hope. In a world where so much attempts to alienate, I say; love, create, and GO BE.

To all the artists out there, thank you for being brave, exposing your truth and allowing audiences the opportunity to see new dynamics on screen. 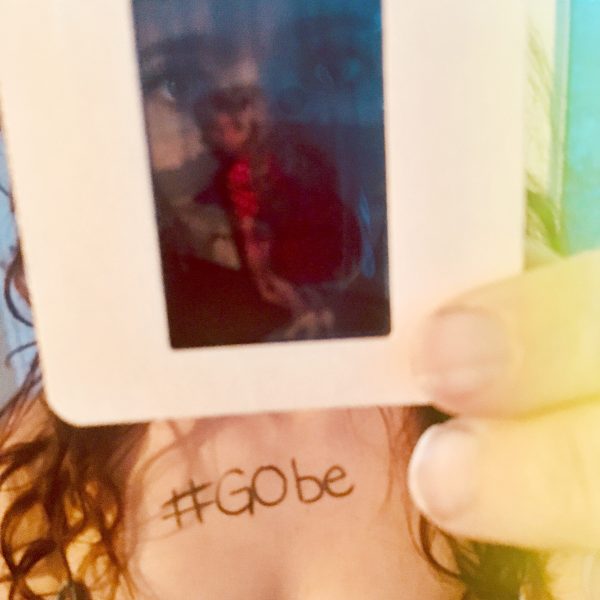 About April Mullen:
A director, actress, and producer known as much for her versatility as she is for her passion. April Mullen’s latest directorial offer, Below Her Mouth, is a relentless love story shot entirely by an all female crew which had it’s World Premier at TIFF 2016. She was recently honored with the TIFF Birks Diamond Tribute to the Year’s Women in Film. Her previous features include: 88, an action thriller, Dead Before Dawn 3D, which confirmed April Mullen as the youngest person and first female to direct a live action stereoscopic 3D feature film.