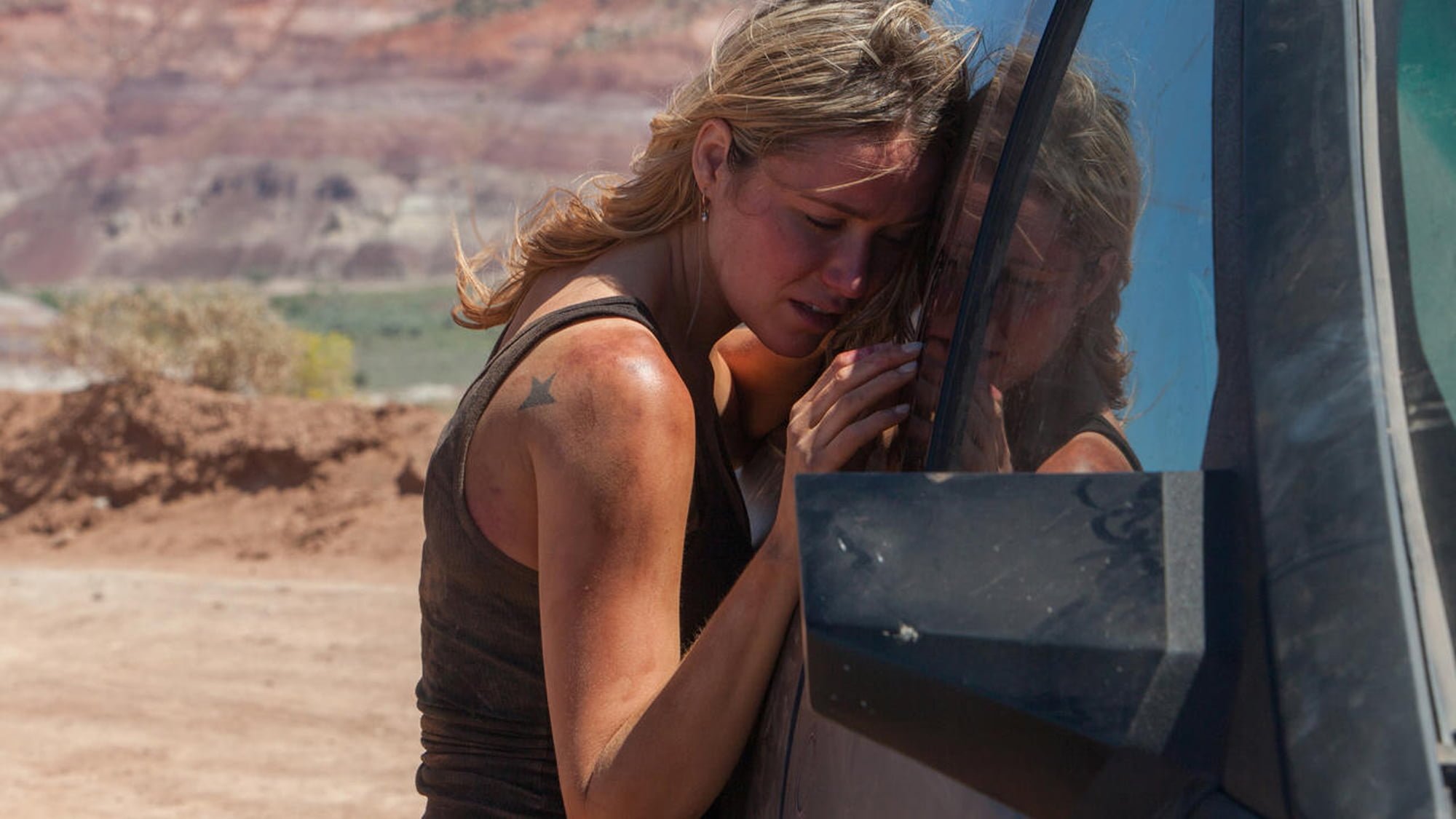 The slight and passive survival thriller Monolith has a plot that would feel right at home in a made-for-television movie, which makes perfect sense considering that it has already premiered on television overseas. Originally airing on European television and premiering on DVD under various alternate titles (Locked In, Stranded, Trapped Child), the Italian produced Monolith has bounced around since first popping up on the genre radar in the summer of 2016. It feels more suited for home viewing than the theatrical run it’s receiving in Toronto, but it’s not completely bereft of charm and craft.

Katrina Bowden stars as Sandra, a mother who’s bringing her toddler son, David (played by Krew and Nixon Hodges), to grandma’s house. To get there, she’s driving the exceptionally safe and secure supervehicle of the title, a matte black SUV with bulletproof and armoured everything and an annoyingly literal on-board helper (voiced by Katherine Kelly Lang). The vehicle has been rented for the mother and daughter by Carl (Damon Dayoub), Sandra’s record producer husband, who can’t be with them to make the trip. When Sandra stumbles across proof that Carl has been cheating on her, she does an abrupt about face and instead begins driving towards Los Angeles to confront the cad. Thanks to a notification that the freeway is backed up, Sandra unwisely takes a shortcut down an unpaved desert road. Through a convoluted series of convenient plot devices, Sandra crashes the car and young David – who loves playing with mommy’s cell phone – accidentally puts the car into super secure “vault mode,” trapping the mother outside while her son is stuck and strapped into in his car seat. Oh, and the kid dropped the phone on the floor, so mom can’t really tell him how to unlock the car from her phone app, in case you were wondering why the kid can’t do that. I have no good answer as to how the kid can’t be instructed to get out of the car seat or attempt to just grab the interior door handle (or why that wouldn’t work).

There’s only so far that a filmmaker can go with a premise like the one found in Monolith, and director and co-writer Ivan Silvestrini does all he can to make such a two-hander production work. Silvestrini has to set up all the narrative breadcrumbs – so when things go wrong, the audience will “ooh” and “ahh” over how they happened – and come up with enough plot devices and contrivances that will keep the kid trapped. There are only two possible endings to such a scenario: the kid will either live or die. The outcome of Monolith is rarely in doubt, so scenes where Bowden has to frantically overcome desert dangers (lack of water, feral dogs) or scramble to find means of freeing her child come across like ways of killing time instead of vital or suspenseful plot points.

There are some flashes of dark humour that are welcome (like the car calling its alarm an “aggression warning”) and some that are kinda stupid (like having the auto manufacturer’s customer service centre shut down for the July 4th weekend), but moments like this show that Silvestrini is at least trying to make things as entertaining as he possibly can. Monolith also makes the most of its picaresque locations and some nifty 360-degree driving shots. Even if the problems are somewhat convoluted and silly, at least Silvestini has made a film that visually captures the enormity of Sandra’s desperate situation quite nicely. 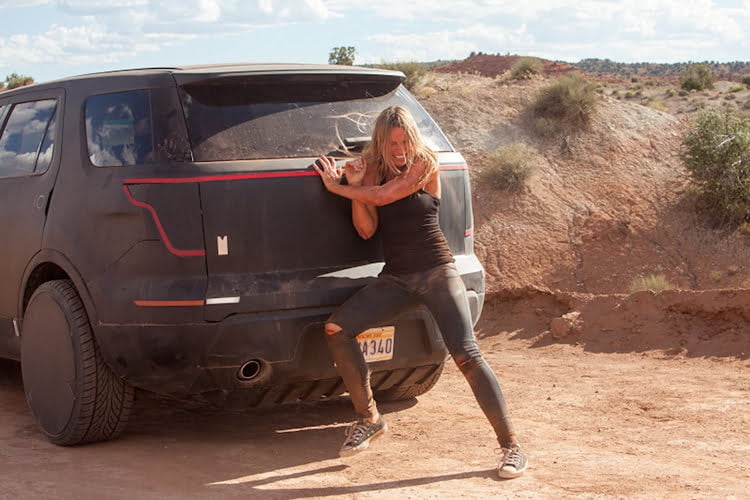 The biggest asset here is Bowden, whose genre bonfides don’t get nearly as much recognition as they should. Single-handedly conveying all of the script’s overt parental fears, she’s the reason why Monolith is able to stay engaging instead of lapsing into tedium or self-parody. She’s a fine, underrated performer that’s given a chance to shine on her own here, and it’s nice to see what she can do with so little. It’s a physical, emotional performance that’s a tad better than the material deserves.

Overall, Monolith doesn’t amount to much of anything memorable. It’s too low-budget and low-key to take the material to over-the-top highs, and only the final attempt to free David from the car offers any sort of giddy, bonkers delight. I can imagine the cinematography playing decently enough in a theatrical setting, but not the rest of what’s being offered. This is strictly suited for watching at home on an afternoon when there’s nothing on television, the Netflix queue has dried up, and there’s no reason to go outside and do something more productive.

I probably shouldn’t admit this, but I felt comfortable enough around the halfway point of Monolith to watch the remainder of the online screener I was sent for review purposes while I was in the bathtub. It played well enough in there, but I don’t think “relaxing background noise for taking a bath to” was what the makers of a supposedly tense thriller like Monolith probably envisioned when they made it. Just because it isn’t all that intense doesn’t make Monolith unwatchable, but rather that it’s a film that can only be watched under certain conditions and lowered expectations to be all that worthwhile.

Monolith opens at Carlton Cinemas on Friday, January 26, 2018. It also plays for one night only at Mayfair Theatre in Ottawa on the same day.

Check out the trailer for Monolith: