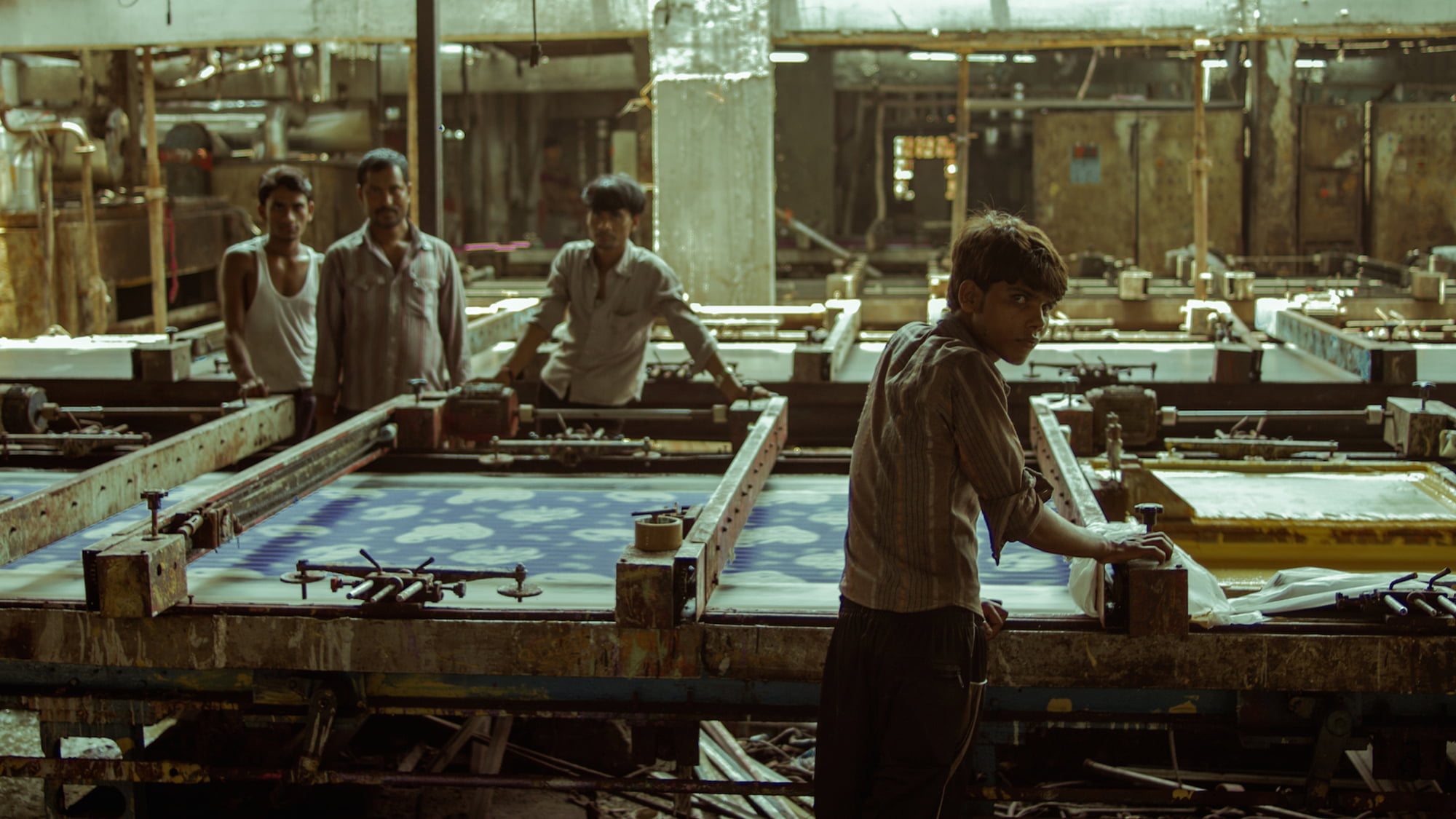 Rahul Jain’s documentary Machines takes viewers inside textile plant located in Gujarat, India to look unflinchingly upon impoverished workers who toil under almost subhuman conditions because their spirits have been broken and job prospects and educational advancements are frustratingly limited. While the workers themselves are beyond crying woe over their situation, Jain’s ability to cast his camera upon literal hard knock living with equal parts empathy and objectivity is something rarely captured on screen.

It’s easy to answer the troubling, consumer minded questioning as to where one’s fabric comes from, and Jain certainly does that through an initially rigorous series of observations. Bolstered by stunning, long take cinematography (which garnered Machines an award at Sundance last year), Jain spends a great deal of his debut feature roaming the labyrinthine corridors of the dirty, nearly windowless, sweltering factory to watch how these human labours interact with machines, fabrics, and toxic chemicals that often come together to produce textiles that can fetch thousands of dollars.

Not that the workers on the factory floor see any of those profits. Some of them have to take out high interest loans simply to get to work in the first place, barely making enough at the end of the day to provide for their families. Some are child labourers who are thrust into the workforce because it’s easier to teach them at a young age how to perform such dangerous trades than it would be to teach an unskilled adult the same work. There’s no unity among the workers, so forming a labour union wouldn’t do much good, and yet those profiting the most from such exploited labour – who never interact with their staff, let alone visit the factories – insist that the higher cost of living has led to a lazier workforce.

That last bit of staggering greed and selfishness comes via an interview with such a factory bigwig towards the end of Machines, and it strikes like a dagger to the heart, but it also carries with it deep resonance that extends to many employer/employee relationships around the world. On occasion, Jain will pause to talk to some of the factory workers, and what they have to say about their situation is heartbreaking, revealing, and so candid that it’s amazing the filmmaker was granted access to shoot a documentary there in the first place. While one loyal employee insists that he’s not being exploited because he can’t find any work better than the job he has now, the viewer knows that he’s only saying that because he has nothing else to compare it to. Jain never refutes or talks over what this man says, building empathy for him with respect and dignity. What emerges from Machines isn’t merely an objective look at the deplorable conditions in some Indian factories, but a subtler, more pointed look at how people can be conditioned to believe in things that are dangerous to their well being through conditioning and repetition. 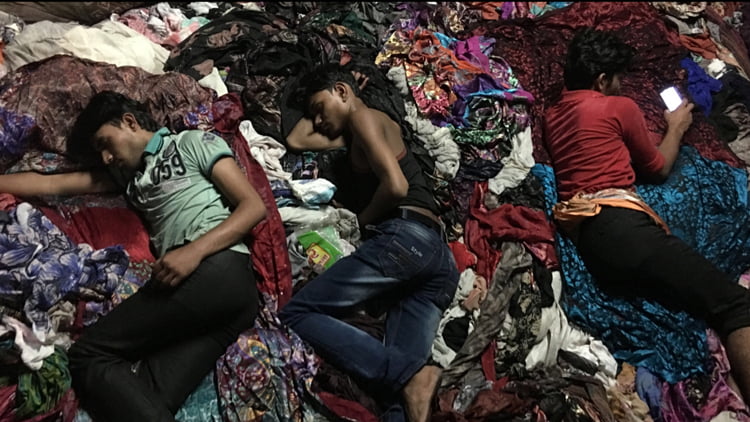 Labourers in this factory can work 12, 18, even 36 hour shifts, interacting with machinery that could instantly kill, mutilate, disfigure, or injure should someone nod off while carrying out one of their menial, repetitive tasks, something that Jain captures more than one of his subjects doing. Machines becomes an intense, tiring experience mostly because the employment of hypnotic, unbroken takes places the viewer in the shoes of the worker. The alarming degree of transparency that Jain is allowed to lend to his documentary captures the harsh working conditions perfectly. The viewer only has to spend 70 minutes in the world of Machines, but picture sitting through the film 13 times in a row to simulate an average work day for these workers. Then try tripling that and trying to stay away through all of it to simulate what it’s like for a full time worker at the factory. Then take an hour long nap and get up to do it all over again. Machines forces the viewer to confront their own privilege through the power of simple observation.

Machines is a delicately constructed film about robbing the humanity of impoverished workers that has to be punishing to watch without pushing the viewer too far. Jain has a delicate, unenviable balance that he needs to achieve with such a film. The film can’t be so rigorous that it robs the agency of the people at the heart of the factory’s operations, thus reducing them to the “machines” of the documentary’s title, and it also can’t be so fleeting that it could unwittingly be seen as something that romanticizes poverty and “a hard day’s work.” The indelible images contained within Jain’s film will be burned into viewers’ memories, leaving them with some food for thought, but more importantly and provocatively offering a keener, more lasting insight into how suffering can be disguised under a pittance of a daily wage.

Check out the trailer for Machines: