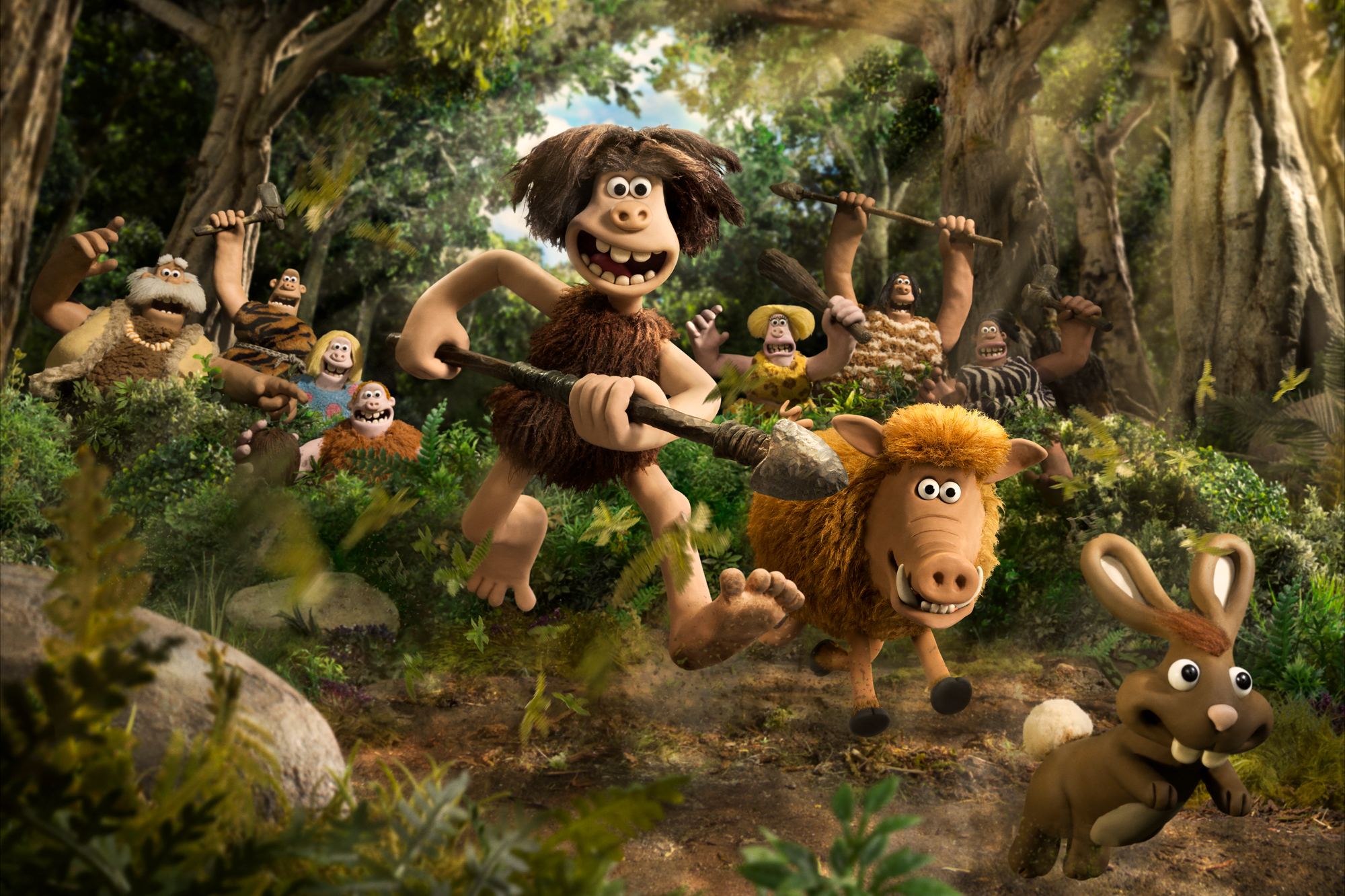 Early Man, the latest stop motion animated effort from venerable British animation studio Aardman (Wallace and Gromit, Chicken Run, Shaun the Sheep Movie), is charming and sure to delight youngsters, but also disappointing when placed alongside the company’s otherwise stellar output. It’s wonderfully designed, and there’s a sense of playfulness to veteran animator Nick Park’s latest big screen outing, but it’s also rather low aiming, slight, clichéd, and forgettable. It’s fine in the moment, but unlike every other Aardman film, it’s destined to vanish from memory quickly.

Sometime after a giant prehistoric meteor has thinned out the human and animal herds, caveman Dug (voiced by Eddie Redmayne) tries to convince his clan leading father (Timothy Spall) to think bigger and lead their people to greatness. While his fellow cave-people remain an unconvinced band of misfits, a threat arises that forces Dug and his friends out of their idyllic woodland home (somewhere outside Manchester). The Bronze Age has arrived, and with it a greedy, nefarious, French accented governor, Lord Nooth (Tom Hiddleston), who wants to strip-mine the woods for ore. After sneaking into the governor’s privileged stronghold, Dug notices that these humans love the game of soccer. Seeing a connection between cave paintings of his ancestors and the game people played, Dug makes a wager with Nooth. If his ill equipped and untrained band of Neanderthal players can topple Nooth’s team of prmiadonna all-stars, Dug’s people get their land back. If they lose, they’ll become slaves in Nooth’s mines.

If the plot of Early Man sounds familiar, that’s because the slobs versus snobs sporting match has been done in too many films to properly count in this space. Everything from Dodgeball to The Mighty Ducks to The Big Green falls into this same category: a bunch of people who don’t know how to play a sport learn the art of self worth through teamwork and a well placed effort when placed in opposition to arrogant opponents. Not that Park and his Aardman crew couldn’t find some way to elevate such a well worn narrative hook, but they aren’t trying very hard. If it weren’t for the tactile and often mind blowing nature of the stop motion animation, Early Man would be disconcertingly mediocre. 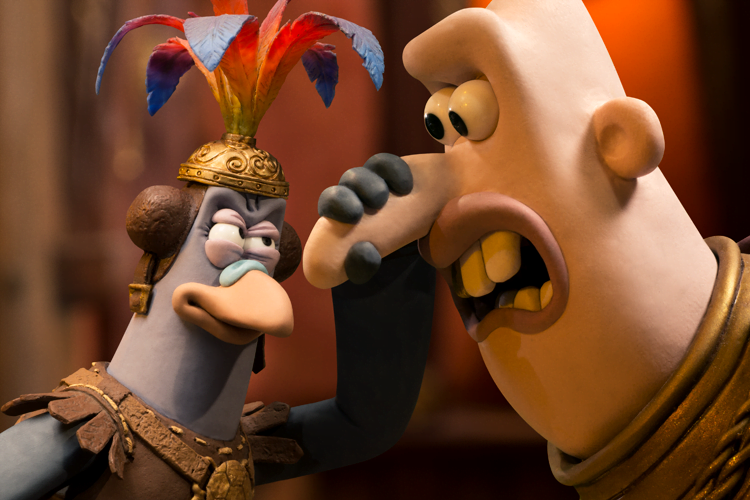 Every story beat in Early Man is so predictable that only the youngest of kids will find them novel. Instead of waiting for the next big laugh, much of my time spent watching Early Man was taken up by waiting for the predictable conclusion to arrive. It’s not a surprise when Dug meets up with a young woman (Maisie Williams), who loves the game but isn’t allowed to play, agrees to help Dug coach his mates in exchange for a spot on the team. It’s not shocking when Dug has a crisis of faith that causes him to nearly miss the final match. Watching Nooth try everything in his power to cheat the cavemen out of their land is something one could set a watch to. Nothing that happens on a narrative or comedic level in Early Man feels original, and this overly relaxed and clichéd tone – which extends to most of the voice cast, who put in warm, but perfunctory work – makes this easily the least engaging of Aardman’s feature films.

But Aardman’s visual sensibility once again saves the day. There’s something charmingly tactile about being able to see the fingerprints and flecks of dust and dirt on the faces of the film’s clay characters. Every sight gag and visual pun manages to be funnier than any of the one liners contained in the script. The best moment in the whole film is one that doesn’t need much dialogue to succeed: a gut busting sequence where Nooth unwittingly gets a massage from Dug’s warthog companion (voiced nicely by Park). There are bits with a discerningly large mallard, beetles being turned into DIY cleats, and a woman with a giant rock for a husband that are funnier than anything contained within the story or the characters. While there’s not much investment to be found within the substance of Early Man, there’s plenty within every frame worth chuckling about.

If it sounds like I’m being harsh towards Early Man – a film that despite its faults remains mostly charming, likable, and harmless – it’s because Aardman has proved for decades now that they’re capable of much better work than this. Early Man is like watching a straight-A student suddenly turn in something in that they wrote in a cram session the night before. The results might still be good, but nowhere near the stuff that we all know they’re capable of.

Check out the trailer for Early Man: