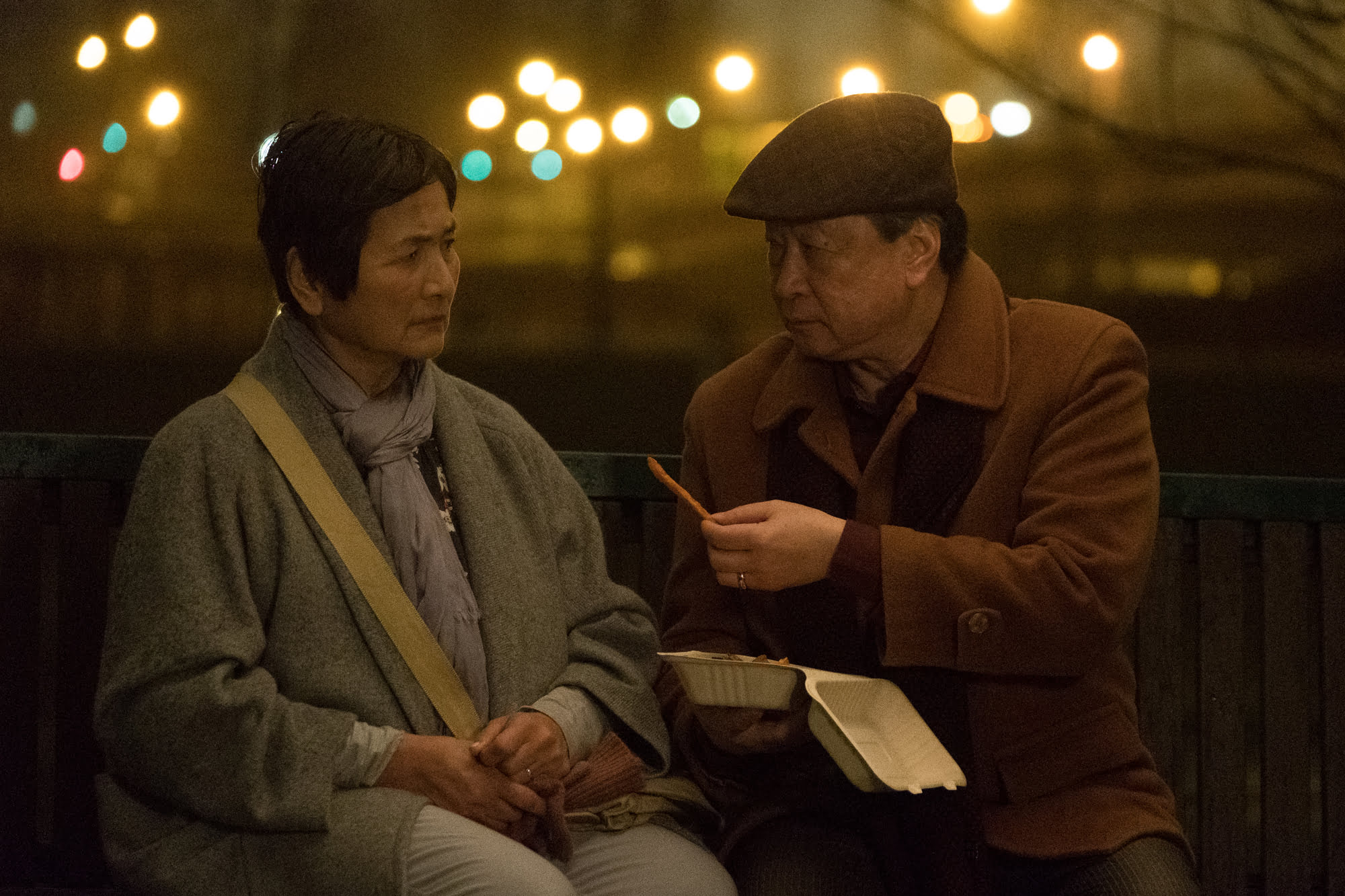 Canadian filmmaker Mina Shum’s low-key, slice-of-life dramedy Meditation Park would be better suited to a release date closer to Mother’s Day than late winter. It’s hardly a game changing look at one woman’s emotional middle aged awakening, but it’s a well intentioned film that I could see mothers and daughter enjoying together and talking about afterward. Bolstered by a large amount of good will, a sense of restraint that never lapses into emotional manipulation or melodrama, and some excellent leading performances, Shum’s first fictional feature since 2002 is a nice film about mostly nice people trying to better themselves. It’s a low bar to clear, but Shum’s execution of it is sound and solid.

Meditation Park concerns Maria, played by Pei-Pei Cheng, a Chinese immigrant in her early senior years who has been living with her 65-year old husband, Bing (Canadian Screen Award nominee Tzi Ma) in Vancouver’s Hastings Park neighbourhood. Although they’ve lived in Canada for four decades after migrating from Hong Kong, Maria has maintained a sheltered life as a housewife, while her husband’s duties as an accountant have intensified in recent years. The day after Bing’s birthday, Maria finds a pair of lacy underwear in the pocket of her husband’s trousers. The discovery causes Maria to wonder if her previously happy marriage is everything she thought it was, and sparks an interest in her to try new things for the first time.

Writer-director Shum (Double Happiness, Drive, She Said) visually captures the dreary, overcast Vancouver skyline and makes it a perfect reflection of Maria’s internal and external malaise. It’s not a humourless setting, but one where the characters are clearly getting all the enjoyment they can out of a complete lack of stimulation. Maria snoops on her husband’s lover beneath an umbrella on rainy days. On one drier day, she begs her adult daughter (Sandra Oh) to teach her how to ride a bike. On another, Maria tries to put together a pitiful, but honest resume in hopes of landing outside employment. Occasionally, Maria will get caught up in the enterprising get rich quick schemes of some local ladies who sell illegal lawn parking and carry on a rivalry with a white neighbour (Don McKellar) who continually undercuts their prices. Every aside contributes something new to Maria’s growing and expanding character, helping to undercut the character’s sense of loneliness, but despite the marital discord that sparks the story, Meditation Park always feels rather low stakes, even by the standards of a mid-life crisis movie. 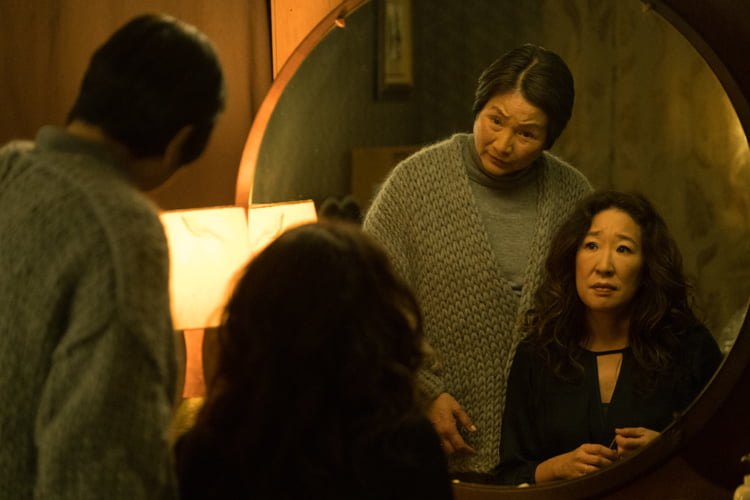 There’s very little mystery or suspense to Meditation Park, and things always play out as one generally expects them to. Everything that happens in Shum’s script is to be taken as is and at face value, offering obvious emotional payoffs, but also little ambiguity that could showcase the more mercurial side of human nature. It’s obvious that Maria’s kind, but naive mentality is the result of a patriarchal cultural structure designed to keep women in the home, and it’s hard not to root for such a woman to find her independence and inner strength. She finds strength in her supportive daughter, new friends (especially McKellar’s misunderstood curmudgeon), and chance to reconnect to the estranged son that her husband unfairly disowned. Her struggle, squabbles, and self-realization come naturally, and while Shum’s narrative doesn’t create any true dramatic fireworks, Meditation Park does come with a relaxed, lived in quality that feels thought out and realistic. There’s no surprise to any of this, but it also never tries to force happiness or sadness upon the viewer, a testament to Shum’s keen sense of characterization.

Slowly and assuredly, Meditation Park does build to a moment of reckoning between Maria and Bing, which is wonderfully acted by both leads. Much of the film’s heavy lifting is left to Cheng and Ma, who have to flesh out the beats of their relationship beyond the words and actions contained within Shum’s screenplay. The director seems to have given both performers a lot of leeway to come up with a rapport and shared sense of body language that can equally show closeness and a growing emotional distance. As a domestic drama with a handful of funny moments, Meditation Park is fine enough, but thanks to the work put in by Cheng and Ma, it becomes a lot more memorable.

Meditation Park opens in Vancouver, Ottawa, and Toronto on Friday, March 9, 2018. It expands to other Canadian cities throughout the winter and spring.

Check out the trailer for Meditation Park: