Review: The Heat: A Kitchen (R)evolution 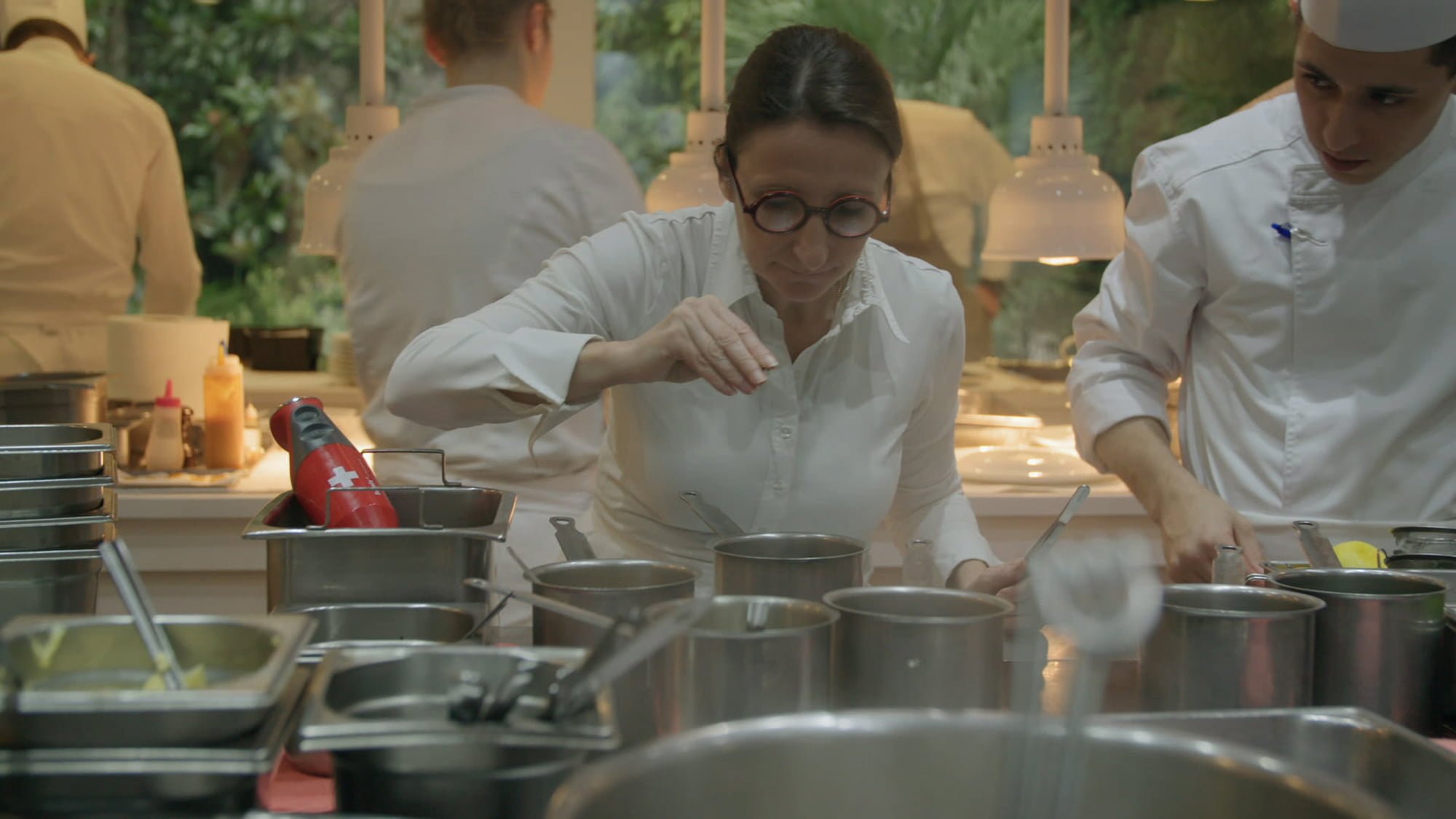 For her latest, The Heat: A Kitchen (R)evolution, prolific Canadian filmmaker and documentarian Maya Gallus looks at women making names for themselves in one of the most financially devastating, time consuming, and testosterone driven entrepreneurial sectors. Turning her attention to the back of the house after previously looking at the dining world from the front in her film Dish: Women, Waitressing, and the Art of Service, Gallus’ new documentary (which was selected as the opening night film of Hot Docs this year) looks at a cross section of exceptional female chefs who struggle with the same financial and professional ups and downs as their male counterparts amid a traditionally patriarchal system that never places these women on equal footing.

The Heat: A Kitchen (R)evolution is a largely anecdotal work that bounces around between various chefs’ experiences, but it’s within those personal accounts that the fine details and larger themes come to life. A common thread among the half-dozen-or-so women who share various amounts of screen time is that working in a kitchen has always been a male driven culture of hazing and sexual harassment within most restaurants; a system designed to make women become “one of the boys” and acclimatize to masculinity or force them out in the process. It’s a problem that’s further compounded by a recent pop culture driven romanticizing of bad-boy celebrity chefs: young dudes with big ‘tudes, lotsa tattoos, and enough vices to fill a Hemingway novel. So if cooking is so sexy these days and most male chefs learn how to cook from their mothers, why do these women have stories that run counter to how gender roles are perceived?

It’s not an easy question to ask or answer, and although Gallus’ gregarious and forthcoming interview subjects have a lot to say on the subject, the women profiled in The Heat: A Kitchen (R)evolution are more concerned about keeping their businesses out of the weeds. Despite critical accolades and blocks long line-ups for scant numbers of walk-in tables, most restaurants shutter within a year of opening. It’s even harder for female chefs, who receive significantly smaller amounts of financial backing than their male counterparts. High levels of turn-over and burn-out are around every corner for these women, but Gallus has crafted a pointed and balanced look at those strong enough to tough out the harshest of conditions. To these women, living successfully and happily by working in a field they they’re passionate about is the best they could ever ask for. 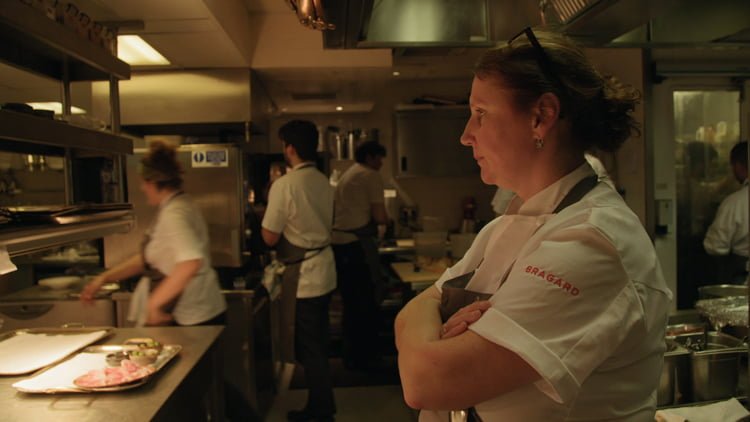 Veteran chefs like Anita Lo and Angela Hartnett look back on how they clawed their way to the top of their respective “kitchen brigades,” and used what they learned to forge their own managerial styles. Torontonian Suzanne Barr works tirelessly to make her mom and pop restaurant dreams a reality while balancing the needs of her family. Successful young chef Amanda Cohen has great points about how the financial deck is stacked against female chefs, and every word of it begs to be heard by those in the industry. Each woman profiled by Gallus in The Heat: A Kitchen (R)evolution has their own narrative arc (and they don’t agree on all points), but the filmmaker has found a way to make sure they dovetail nicely into a grander look at an industry where gender inequality is still a major impediment to long term success. It’s also balanced in the sense that Barr and Lo in particular offer the perspective of being both female chefs and persons of colour, offering an added layer of representation to the film that prompts discussion.

Gallus’ film comes with a healthy undercurrent of hope for the future of female chefs. In an industry where greatness is fleeting and comes with a large price tag, there’s a great amount of potential for things to change for the better. By looking at these chefs at pivotal points in their respective careers, The Heat: A Kitchen (R)evolution looks to not only be a conversation starter, but a tool for said changes.

The Heat: A Kitchen (R)evolution opens exclusively at The Ted Rogers Hot Docs Cinema on Friday, May 11, 2018. It expands to other Canadian cities throughout the summer and will be broadcast on TVO in the fall.

Check out the trailer for The Heat: A Kitchen (R)evolution: