Review: Life of the Party 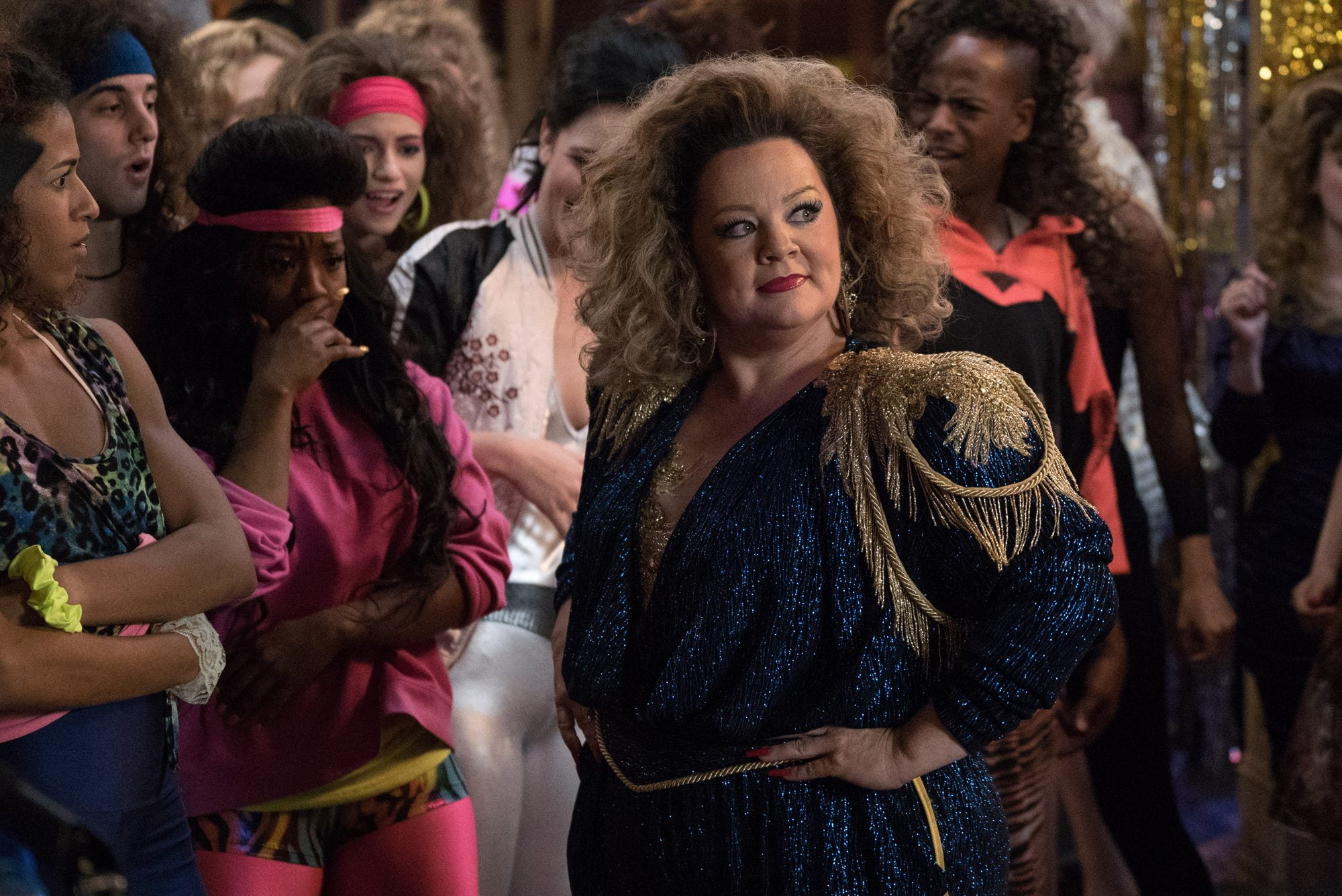 Life of the Party, the latest comedy starring and co-written by Melissa McCarthy alongside her husband-director-collaborator Ben Falcone, is in line with the pairing’s other films together, infrequently for better, and mostly for worse. Often showcasing McCarthy’s wide range of talents at the expense of a coherent, fluid story, Life of the Party is a narrative, tonal, and technical mess that sometimes elicits some hearty chuckles thanks to the efforts of its leading lady and an overqualified, underutilized supporting cast. The chuckles are assuredly there, but they should not be taken as an outright endorsement of a film that’s actively bad in almost every other respect.

Life of the Party casts McCarthy as Deanna, a middle aged mom who dotes upon her daughter, Maddie (Molly Gordon), who’s about to enter her senior year of university. Almost seconds after dropping Maddie off at the door to her sorority house, Deanna’s husband (Matt Walsh) bluntly says that he wants an immediate divorce so he can start shacking up with his realtor lover (Julie Bowen) and sell the house they built together. Devastated by the sudden life change, Deanna makes the snap decision to finish the university degree in archaeology that she abandoned when she got pregnant and proceeds to join Maddie at school.

Falcone and McCarthy’s script contains plenty of asides involving Deanna’s best friend (Maya Rudolph, at her most gleefully unhinged), a frat boy (Luke Benward) that the middle aged woman starts sleeping around with, a goth, creepy, potentially agoraphobic roommate (Heidi Gardner), a bully (Debby Ryan) who inexplicably hates Deanna for no good reason, and some of Maddie’s various sorority sister buddies (most notably Adria Arjona as the sort of leader of the bunch, Gillian Jacobs as an older student who was in a coma for eight years, and Jessie Ennis as the awkward one). None of them really matter, most of the actors playing university students look too old for their roles (not just Jacobs, whose age is at least explained), and few of them are allowed room to grow, but all of them are well performed and get the biggest laughs of the film. Not even Gordon as McCarthy’s daughter is allowed to branch out and have anything to do because Life of the Party is so staunchly focused on showcasing the acting chops of its lead that any sort of depth gets thrown out the window.

The first half of Life of the Party is an ungodly slog to get through and is almost entirely laugh free. What little plot Falcone and McCarthy were able to come up with is launched into immediately without thought to really explain or show how Deanna is able to return to school so easily. Apparently going back to school as a mature student is as easy these days as applying and being accepted on the spot. Also, despite going through a divorce, Deanna is apparently having her studies bankrolled by her soon to be ex-husband, a fact that never once gets brought up or mentioned until the script needs to manufacture drama when that financial support is due to be taken away. It’s a key fact the audience isn’t presented with until it’s too late.

It’s not the only thing in this film that isn’t explained until the last second, like the identity of Maddie’s boyfriend, which is relegated to two shots of less than five total seconds, or why Deanna can bust out moves at a dance party but she can’t deliver an oral presentation in class without nearly having a heartattack. That latter problem speaks to a constant inconsistency among the characters and how they’re written and presented. One moment, Deanna is a strong and capable woman, and the next for no reason she’s a mush-mouthed, prat falling doofus without explanation. Half the time Maddie is the most supportive daughter in the world given her unique situation, and the other half she’s mortified that mom has joined her at university. This could also be explained by half of the scenes contained in the film ending abruptly and out of nowhere, suggesting this film was massacred in the editing stage with multiple chainsaws and no one knew or cared how to salvage it as long as the high spots and laughs remained intact. 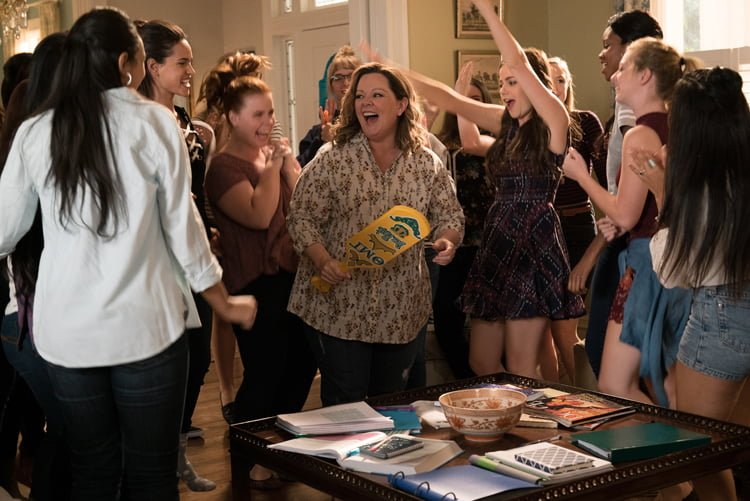 Even if half the film suddenly went missing either in the editing bay or at the script stage, the characters within it still need a clear and defined role. They can’t simply bend to whatever gag McCarthy and Falcone want to stage next because what emerges is a tonally inconsistent mess that pleases no one. Falcone’s other directorial efforts with his wife in the lead – Tammy and The Boss – suffered from the same problems, and neither seem to care very much about the quality of their products as long as McCarthy looks solid in the lead. These are vanity projects in the truest sense: something designed only to remind viewers that the leading performer is a really funny person who can also cry on cue or deliver a heartfelt emotional speech when called upon.

Falcone’s style of writing and visual direction is sitcom grade at best and amateur hour at worst, but once Life of the Party’s second half kicks into high gear and offers up some energetic, borderline inspired set pieces it becomes watchable. Getting to that point almost isn’t worth the battle, but it definitely counts for something. The jokes in the film’s first half swing and miss so badly that the bat flies into the crowd and threatens to kill the spectators. The jokes in the film’s second half feel like they’re from a more enjoyable movie that’s been made with wit and energy. That movie still makes no sense because Falcone and McCarthy’s script doesn’t know what it wants to do or say, but at least McCarthy and her much better supporting cast mates find a way to send potentially antsy viewers home on a high note.

McCarthy is a great performer, but these collaborations with Falcone aren’t doing her any favours. They might be profitable, but then again, so was her sitcom Mike & Molly for quite a long time. That was a project that both showcased and wasted McCarthy’s talents for years, and I fear that this marks another string of projects that are destined to do the same for her as a performer. They’re the exact opposite of her collaborations with director Paul Feig (Spy, The Heat, Bridesmaids, Ghostbusters) or any of her underrated dramatic work, which have their own flaws, but are at least fully realized films. In the course of McCarthy’s trajectory as a major star, Life of the Party is like watching a star pupil getting held back a year because they suddenly and inexplicably stopped caring.

Life of the Party opens in theatres everywhere on Friday, May 11, 2018.

Check out the trailer for Life of the Party: