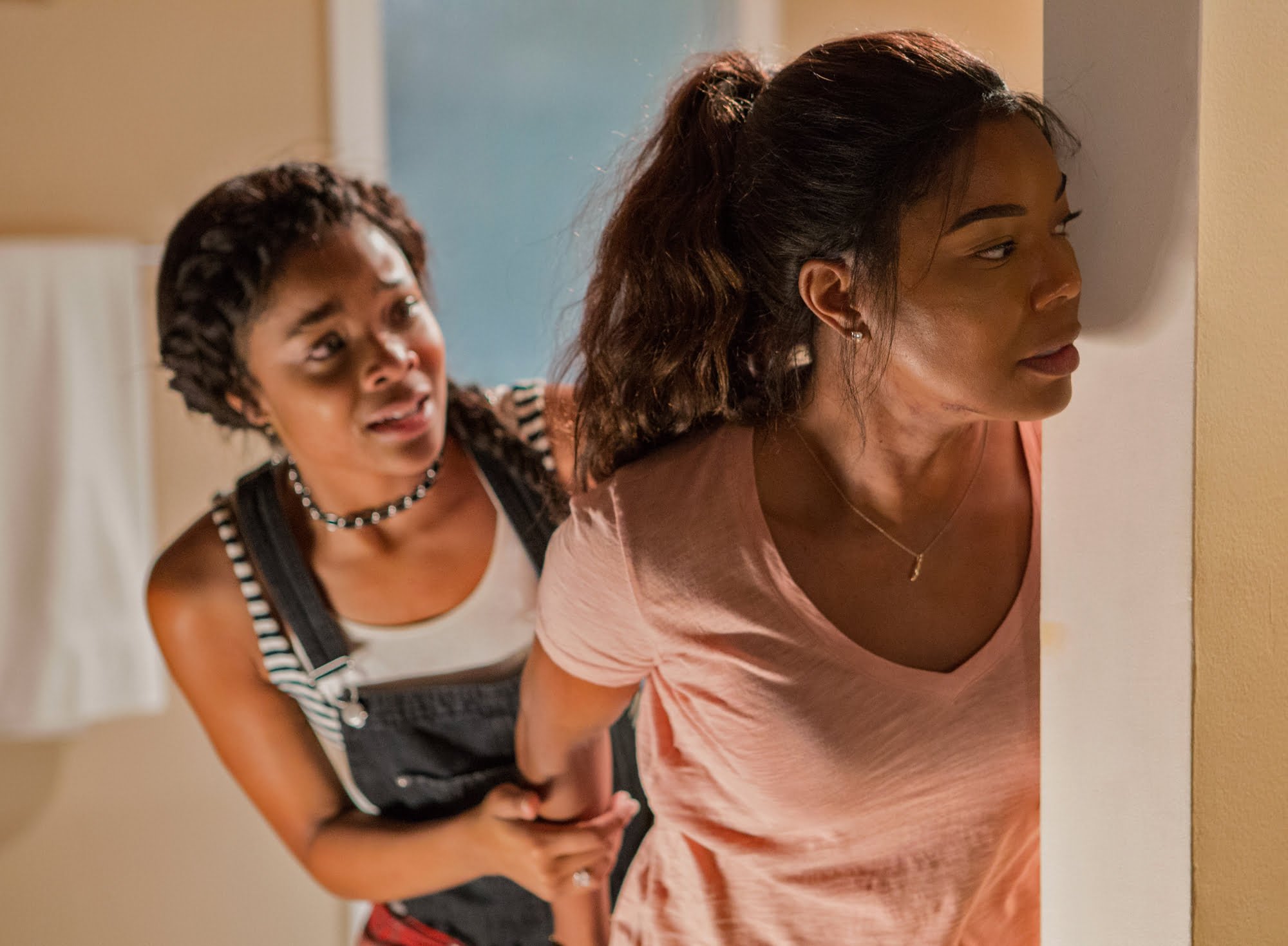 Breaking In is a rudimentary, B-grade home invasion thriller that’s both highly entertaining and highly stupid. It’s efficient, crowd pleasing, and undeniably silly, but sometime you just want to watch a film where an everyday person overcomes the odds and kicks the asses of some inept baddies from the stock character manufacturing plant. Breaking In will never be mistaken for fine art, but for those in the mood for a no frills chiller with a leading woman who has deserved a star vehicle like this for a while, it gets the job done nicely.

Gabrielle Union stars as Shaun Russell, a woman heading to upstate Wisconsin with her daughter (Ajiona Alexus) and younger son (Seth Carr) to prepare the heavily fortified five bedroom and twenty-five acre estate of her late, estranged father for sale. Shaun knows that her father was into some shady business dealings (and in a weird throwaway bit of dialogue that’s never followed up on, it’s suggested that he tried to frame his own daughter), but she’s unaware that he was taken out in a targeted hit by a ragtag crew of thieves who have broken in ahead of time, weren’t expecting any company, and are looking for a hidden safe where the old man stashed his liquidated fortune. After a run in with one of the robbers outside the home, Shaun is locked out by the home’s extreme security measures, and her children are taken hostage. It’s up to Shaun to break back into the home and ensure the safety of her kids.

At its heart, Breaking In is a standard thriller with a nifty wrinkle, and not much else going for it outside of a knowing sense of humour and a lead performer giving it their all to make it work. After watching Union toil thanklessly before in action films and thrillers where she’s given little to do or work with, it’s nice to see the underrated actress kicking ass and taking names. Her physicality is exceptional. She has the hard, icy stare that only great action movie heroes and Paddington have been able to muster. Most importantly, she’s equally believable and sympathetic. A great action movie hero has to make you equally believe that they are a vulnerable, everyday person who once pushed can suddenly take on the world, and Union does far more than the bare minimum here. 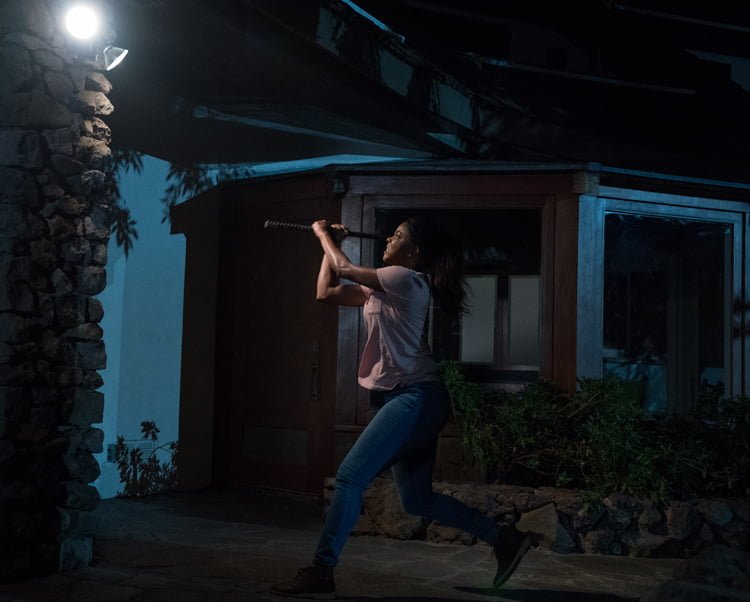 Shaun is put in opposition to what might be one of the stupidest and most clichéd crew of heist participants in cinematic history. There’s the smooth talking leader (Billy Burke) who boasts stubble, talks in a no-nonsense tone, and leans against everything he sees like he’s modeling for a catalogue. There’s also a nerdy looking safecracker (Mark Furze), a bug eyed, bleach blonde drug addict (Levi Meaden), and an equally bug eyed Latino psychopath (Richard Cabral) who’s probably going to kill the family and all of his co-conspirators once their backs are turned. They’re all amusingly deluded into thinking they can pull this off, and it’s satisfying to watch them get their comeuppance one-by-one when it finally arrives. It’s equally hilarious to watch them all get distracted by the stupidest things known to man like running water, drones, waving flashlights, and Woody Woodpecker. They make the villains in the Home Alone franchise look like Mensa members.

Screenwriter Ryan Engle knows his way around this kind of silliness, having worked on the scripts for Rampage and the similarly themed Liam Neeson efforts The Commuter and Non-Stop. Director James McTiegue (V for Vendetta, Ninja Assassin, The Raven) doesn’t have a similar funny bone. Boasting no discernible style or flair (which is still a curiosity since he was such a close collaborator with the Wachowski siblings), McTiegue directs everything in a serious tone. It’s not a bad choice, however, since it makes Union look even better by comparison and it only underlines the goofiness of the premise. But what McTiegue lacks in directing chops, he more than makes up for in economic sensibility. Running tightly under ninety minutes, he gets right to the action and almost never stops. The pace is relentless, and McTiegue keeps it on track and on point.

Hopefully, Breaking In is a box office success, or at least develops a cult status among genre buffs who love cheap thrills. While this isn’t a cinematic prestige project by any stretch of the imagination, it does make me want to see Union get a lot more leading roles in action flicks. She’s very good at it. Maybe the next project for her will be a bit more ambitious than this one, but thanks to her participation, Breaking In is engaging throughout and more entertaining than it has any right to be.

Breaking In opens in theatres everywhere on Friday, May 11, 2018.

Check out the trailer for Breaking In: