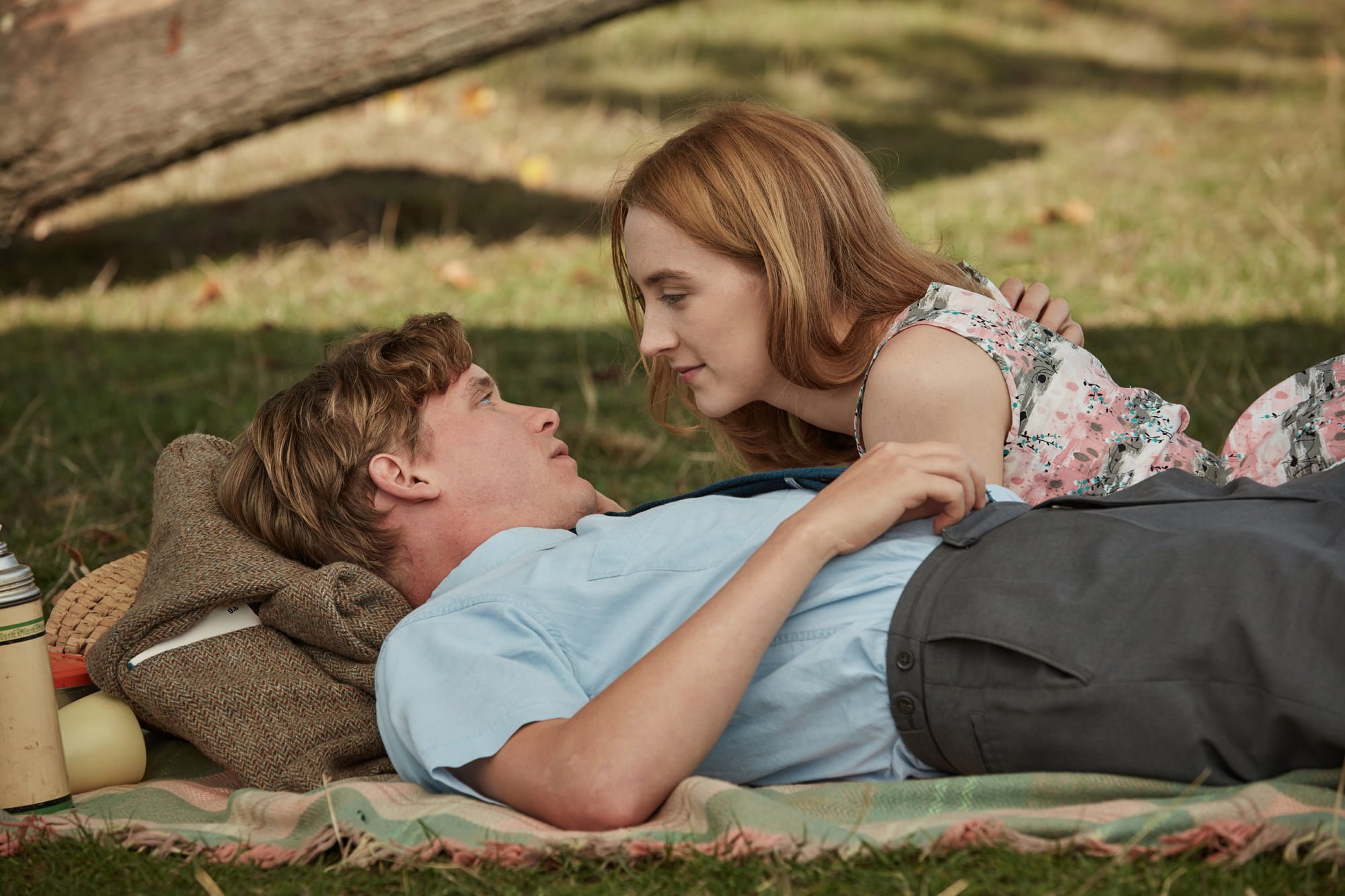 On Chesil Beach is a literary adaptation that feels like it was ported to the big screen by an author who didn’t care much for how his material turned out the first time around. Award winning novelist and screenwriter Ian McEwan takes his previously published story of a young marriage slowly pulling apart thanks to sexual inexperience and adapts it by over thinking every decision. There are a few problems that plague the feature film debut of renowned theatre director Dominic Cooke, but the bulk of the blame for On Chesil Beach’s wonkiness falls squarely at McEwan’s feet.

Employing a constantly time shifting narrative, McEwan’s story concerns Edward Mayhew (Billy Howle), a history major fresh out of university, and Florence Ponting (Saoirse Ronan), a budding professional musician. They’re a young, recently married couple that we join on their wedding night, moments before they’re about to consummate their union at a rural inn in 1962 England. Both are refined, straight-laced members of the British intellectual class, and their courtship, family lives, and budding love are outlined in numerous flashbacks that cut away from Edward and Florence fumbling their way through the mechanics of the bedroom. They’re both terrified and unaware about sexual intercourse, and through these anxieties they gradually come to the realization that they might not know each other or love each other as much as they thought they did.

One supposes that McEwan has structured the cinematic adaptation of On Chesil Beach in such a start-stop-then-start-again manner to underline the anxiety of sexual expectation and responsibility. The idea of being in the middle of potentially having sex for the first time only to become distracted by the weight of what it all means certainly isn’t anything new, but there’s such a thing as taking a good concept and taking it all too literally to work. If the flashbacks are illustrating how Florence and Edward came together and fell in love, then the scenes in their seaside boudoir should be about them coming apart.

But there’s a large problem that McEwan’s adaptation is tone deaf towards. Once Edward and Florence suddenly realize that they’re virtual strangers and sexually incompatible, there are too many logical gaps in their relationship that can’t get filled in. Their awkward wedding night becomes a largely one way inquisition where Florence comes to the conclusion that their marriage might not be a good idea. Once the flashbacks – which aren’t badly performed, shot, or even written from scene to scene – start piling up, it’s clear that the audience knows less about these people than the characters do themselves. As the film goes on and regardless of how heavily McEwan leans on “proper social moors among British elites in the early 1960s (TM),” it’s patently unbelievable that their relationship would have gotten as far as it does without any of these last minute bedroom questions coming up. It strains credulity before too long, and the only real conclusion that McEwan can come up with is that they only got married because Edward’s father told them it was a good idea. 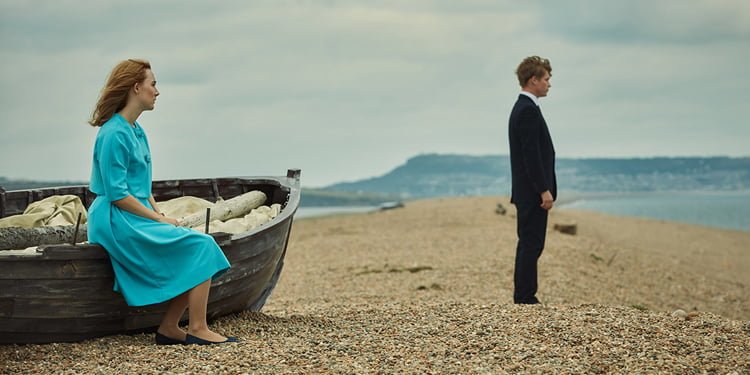 This kind of narrative structure can work on screen if things are properly explained, and they work brilliantly in well written novels (of which McEwan has produced a fair many) because there’s room for the internal, unspoken monologue of characters or omniscient narrators. Without any proper explanation and boasting a story that starts and stops at will, it falls to the director and the cast to fill in the blanks, and there are too many for the leads and Cooke to keep up with.

Although Cooke acclimates himself well to the screen – thanks in no small part to masterful cinematographer Sean Bobbitt working behind the lens – he has no transitions to work with between scenes, and everything begins to feel slapped together. It’s understandable that if these two knew each other better that the fear of intimacy wouldn’t exist, but despite the overreach of the flashbacks, it always feels like they might as well have bumped into each other on the street and decided to get married five minutes after meeting. Differing social graces and outdated attitudes towards sexuality aside, unless the viewer knows just why people are doing what they’re doing, everything around these characters will come across as time whittling filler.

On Chesil Beach is further hampered because the stars can only do so much, together or apart. On Chesil Beach is the second film released in as many weeks where Ronan and Howle play tenuous lovers, coming hot on the heels of the equally disappointing and muddled adaptation of Chekhov’s The Seagull, which co-incidentally was also written and directed by award winning stage professionals. Howle has a tendency to overplay his character’s frustrations and setbacks, while Ronan is at her best whenever she’s internalizing her struggles. In both films, they’re meant to seem like oil and water, but the attraction to make either story work remains elusive. They don’t have good chemistry as lovers or friends, and without that spark or ability to work together to fill in McEwan’s gaps in the narrative, the whole film seems lost adrift at sea.

The flashbacks are still preferable to the domestic drama. When separated from Ronan, Howle’s limitations as a performer are masked, and Edward’s interactions with his well meaning, but brain damaged mother – played with welcome subtlety by Anne-Marie Duff – becomes a high point for the character. The awkwardness between Ronan and Howle’s acting styles is also masked in these scenes because it’s still believable that they’re going through a courtship phase, and their love for each other is still unformed. These sequences still lead to a film that has no narrative drive or momentum whatsoever, but within these scenes the performers and Cooke show a fair bit of talent and depth.

And then there’s the matter of On Chesil Beach’s tacked on final act, where McEwan deviates the most from his own material. While many fans of McEwan’s novel will likely be split down the middle as to this section’s effectiveness, I have to praise it from a filmmaking standpoint (outside of saddling Ronan and Howle in horribly unconvincing aging make-up). There are no flashes back or forward in this section of the film, and the result is one part of the film that’s able to stay on top of a task and do it well. Narratively, I think it totally undermines and undoes what McEwan wanted to say with the rest of the film and his original novel, but at least there’s momentum and far fewer nagging questions.

On Chesil Beach is a gorgeous film to look at, and I’d be interested to see what Cooke can do on film with better material, but it’s also uneven, limp, and distant. The material that appears on screen could make for a decent novel, where characters, themes, ideas, and metaphor can breathe, thrive, and expand. The fact that On Chesil Beach is already a novel feels almost foreign when one sees what has ended up on screen thanks to McEwan’s inability to leave his own great work alone.

On Chesil Beach opens in select Canadian cities on Friday, May 25, 2018.

Check out the trailer for On Chesil Beach: