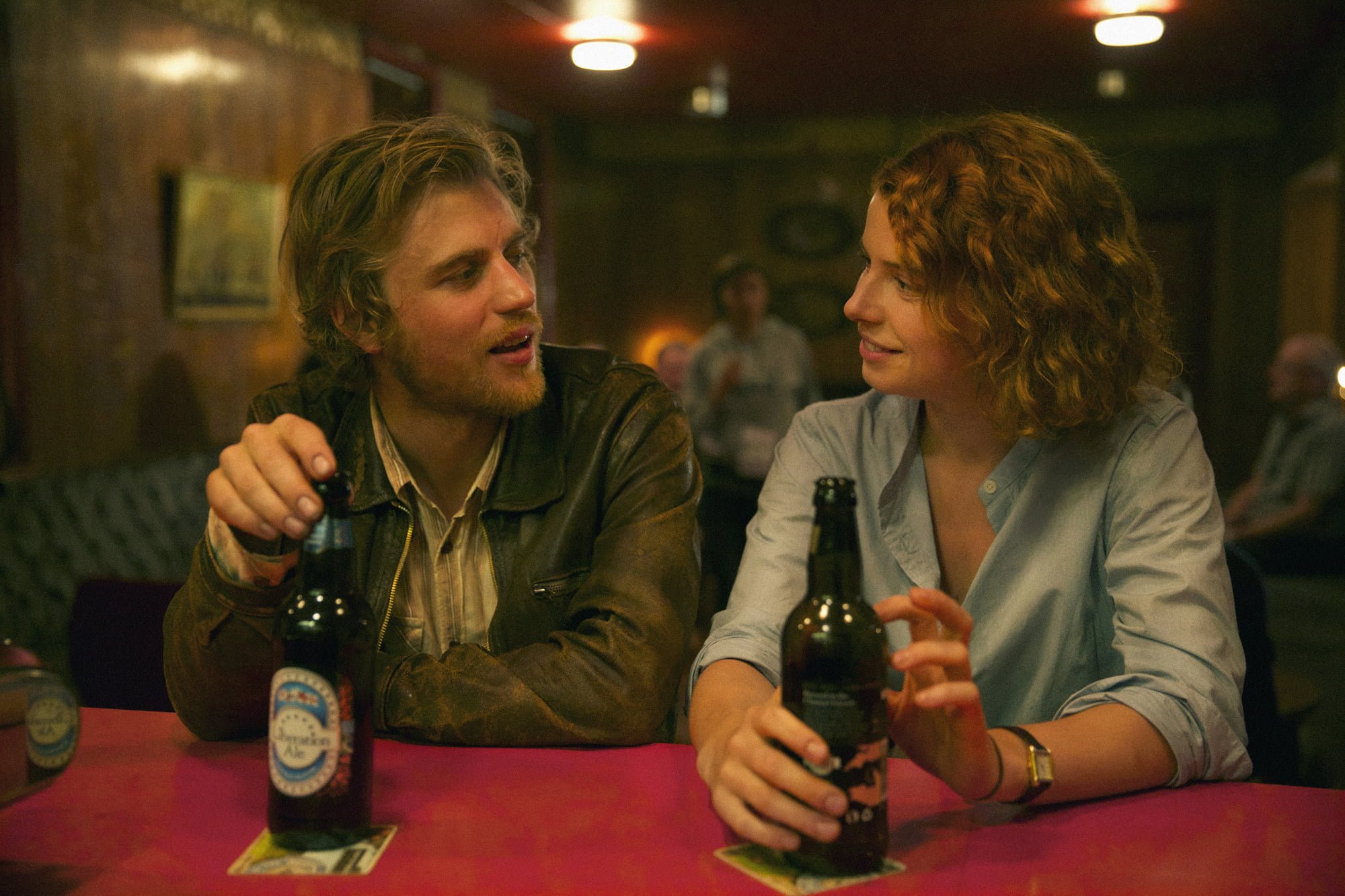 Beast, writer-director Michael Pearce’s unlikely mash-up of a rural romantic drama and a serial killer film, is haunting, disturbing, and remarkably nuanced. It’s a strong, visually accomplished debut feature from the emerging British filmmaker, but viewers are more likely to be enthralled by the tremendous and magnetic leading performances given by Jessie Buckley and Johnny Flynn than they are the ominous skies, fields, and rapids of the story’s Channel Islands setting.

Moll (Buckley) is a 27-year old tour guide who has lived a life of relative privilege and affluence on the U.K. isle of Jersey. She still lives with her domineering, condescending mother (Geraldine James) and seemingly only stays at home to help care for her ailing father. She’s grown to loathe it there. Fed up with fending off flirtations from men she has no interest in, being unappreciated by her family, putting on a fake smile to the outside world, and a chronic lack of options and stimuli, she decides to run away from her own birthday party. During her all night adventure, she meets Pascal Renouf (Flynn), a dirty, mysterious man from the isle’s lower class citizens, that she falls in love with almost immediately. Beyond causing a stir because of her refinement and his rugged nature, their relationship will be tested by Pascal’s placement as a prime suspect in the disappearance and murder of several teenage girls on the island. Unwavering in her faithfulness to Pascal, Moll (and the audience) begins to realize that their attraction might be built upon a darker, more sinister understanding.

The tone and setting of Beast from the outset is a perfect balance of the bucolic and the stifling. Jersey, where Pearce was born and raised for most of his younger years, strikes as a lovely place to visit on holiday and an insufferable, suffocating place to live unless you’re wealthy and have stopped caring out life outside the island. All the viewer needs to know about Moll’s internal conflict is summed up beautifully and wordlessly only minutes in, where the grimacing protagonist looks into a mirror and has to mentally prepare herself for her birthday party; mustering up all the strength that she can to fake like she’s interested and having a good time. 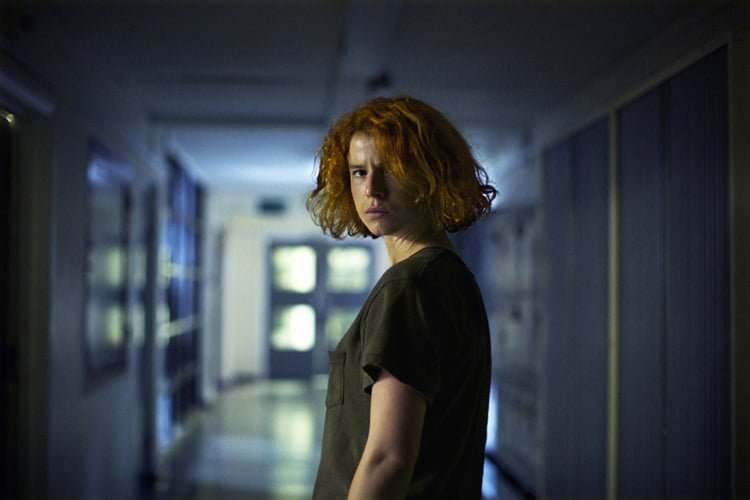 The frustrated heroine contrasts nicely to how Pearce has assembled the rest of his cast in such a white-bread locale. With shockingly red hair, Moll naturally stands out from the crowd of bland, interchangeable rich folks, and even from her biologically related, but equally stuffy siblings. The only person who sticks out like more of a sore thumb (outside of an brown skinned immigrant that’s often a victim of townie suspicion and prejudice) is Pascal, a self-described “craftsman” with a fetish for tracking and killing wildlife on the island, regardless of hunting season regulations or any moral qualms. Immediately, one wonders if Moll’s attraction to Pascal is based on his serpentine charms, out of a desire for danger in her life, or due to a complete lack of other viable romantic options.

Pearce’s keenly observant screenplay gradually builds towards a fourth, more captivating option: that Moll and Pascal are more alike than we might think. While Flynn expertly embodies Pascal’s potentially murderous and oily charms both physically and emotionally, it’s the subtler work delivered by Buckley that will leave viewers shaken to their core. Aided by Pearce’s knack for subtle visual flourishes and realistically drawn characterization, Buckley’s turn as Moll lends the filmmaker’s story a greater sense of authenticity than the island setting and provocative thematic matter could on their own. Even when the viewer gets the sense that Moll might be lying to the world about what’s going on in her head, she remains empathetic thanks to the delicacy and intricacy of Buckley’s work. To get into specifics would be to spoil too much about the film’s twists – some of which are admittedly predictable, but others that are raw and unnerving – but every movement, crooked smile, and parsed phrase delivered by Buckley conveys Pearce’s emotionally conflicted material brilliantly.

Buckley’s performance is so assured, and her chemistry with Flynn is so primal, that Pearce almost has all of the heavy lifting on Beast done by his leads. That’s not to say that Pearce’s first feature effort is any slouch in the directorial department, but rather that this is a great achievement of casting and storytelling acumen. Not everything about Beast works perfectly, and some nagging questions about the story’s plausibility will linger during the climax, but it’s more of a mood and character piece than a bog standard thriller or romance. Beast wants the viewer to experience every ounce of discomfort and frustration felt by the characters. Since that’s the goal, Pearce accomplishes his mission with considerable dexterity, grace, and intelligence.

Beast opens in Toronto at TIFF Bell Lightbox, in Ottawa at ByTowne Cinema, and at theatres in Vancouver and Montreal on Friday, June 15, 2018. It expands to Victoria, Edmonton, Calgary, and Waterloo on June 29, and to Regina and Saskatoon on July 13.

Check out the trailer for Beast: