A showcase of female filmmaking Breakthroughs 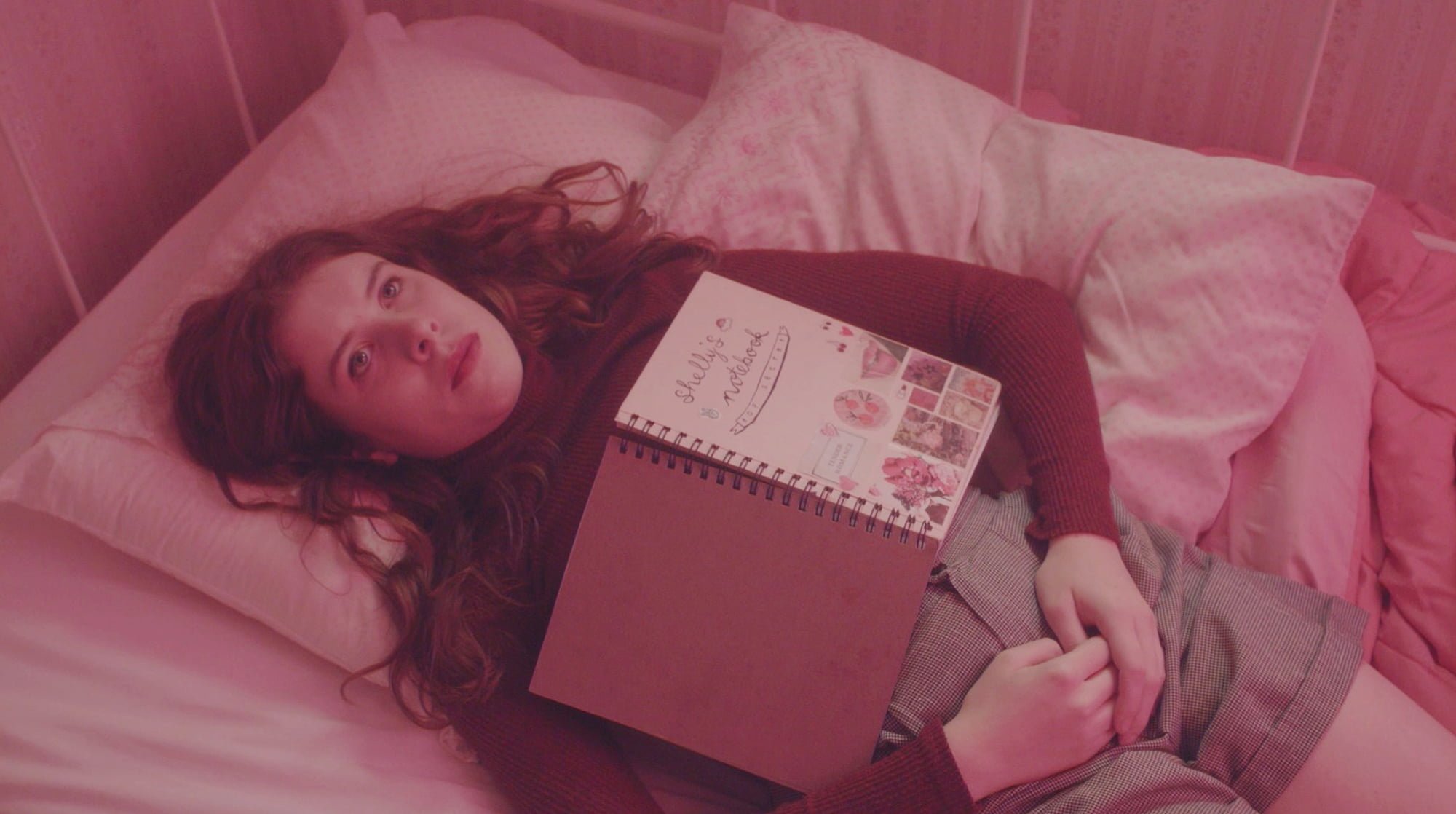 For seven years now, the Breakthroughs Film Festival (happening this coming Friday and Saturday, June 15th at 16th, at The Royal in Toronto) has been the only film festival in Canada exclusively devoted to showcasing the best short filmmaking created by emerging female artists from around the world. Valuing and representing the best in up and coming female filmmaking talent, the two night celebration features accomplished features, documentaries, and experimental films that speak volumes in short bursts. Every filmmaker with a short programmed to play during Breakthroughs might be working within different cinematic disciplines, but all of these incredibly talented women should be remembered as names to watch for in the future.

Ten short films make up Friday’s programming choices (with both evenings kicking off at 7:30 pm), and the wide range of ambitious, thoughtful stories eloquently display the talents of the skillful female artists that created them.

The heart-wrenching Wonderland comes from American filmmaker Tiffanie Hsu, who recently premiered her documentary feature debut Waterschool at Sundance and Cannes earlier this year. It’s the story of a 12-year old girl (Audrey Hui) stuck in Las Vegas over her Christmas holiday, yearning for her father to return home and trying desperately to keep the gambling addiction of her mother (Joan Chen) under control. It’s a bittersweet and remarkably humane drama about a child growing wearisome of playing a parental role, and the often subtly depressing and distancing Vegas setting adds plenty of pathos, but also a light, welcome layer of magical realism. It will be of little surprise by the end of Wonderland to learn that a feature length adaptation is in the works, and I hope it happens.

Canadian filmmaker Jasper Savage has worked on several film and television productions as a photographer, but the strength of her serio-comic debut short Jessica Jessica suggests a new evolution in her career. Jessica Greco (who also provides the screenplay) and Jessica Hinkson star as the titular pair: best friends going through vastly different relationship problems. Greco’s lovesick and conflicted chainsmoker desperately wants to reconnect with her ex-boyfriend and tell him some important news, while Hinkson’s love-‘em-and-leave-‘em type wants to ditch the previous evening’s one-night-stand with as little attachment as possible. Focusing on each of the Jessicas as individuals before overlapping their experiences, Savage weaves a delicate story of friendship; one that goes the rare, extra mile of showing the viewer how these people function on their own before illustrating why their bond is so important and cathartic.

Another first film screening on the first night manages to be the most ambitious of this year’s selections. The multi-lingual, Japanese produced sci-fi drama The Last Dream – directed by French-Japanese actress Noemie Nakai and Spanish-Japanese actress Carmen Kobayashi (both of whom also appear in prominent roles) – tells the futuristic story of a multi-national corporation employing vivid dreamers to sell the musings of their subconscious and unconscious minds to clients. Smartly constructed and boasting some intriguing ideas about how we undervalue the beauty of some of our stranger dreams, it’s a contemplative, moving, and wholly original piece of work unlike anything else from this year’s selections. 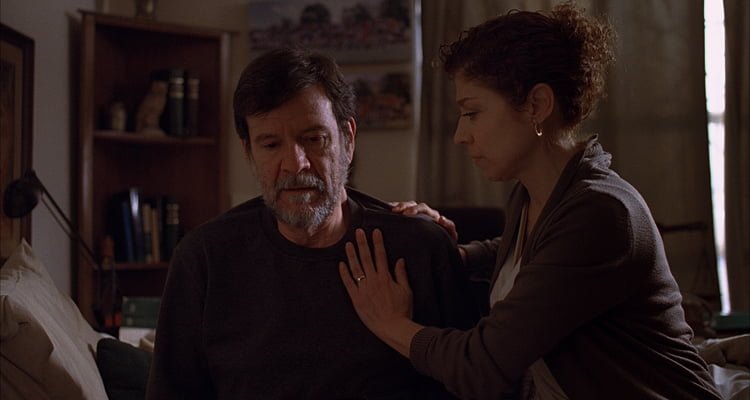 Not to say that there isn’t a wealth of ambition on display in Saturday evening’s selections, including a return screening of Toronto filmmaker Claire Allore’s Work, a visually stunning look into the lives of two sex workers that made a splash with its world premiere at Hot Docs earlier in the spring. One of the few documentaries in the Breakthroughs line-up, Work offers stunning, dream-like images to simultaneously enhance and demystify the profession of her subjects. It’s a delicate, empathetic film unlike anything else previously produced about sex workers.

Those who prefer their visuals on the weird and comedic side should take note of American writer-director Sariah May’s cleverly crafted and laugh-out-loud funny debut short I Love My Robot Boyfriend!. In this one, Shelly (Ali Kinkade), a scientifically minded high schooler obsessed with teen movies and heartthrobs, has created an android beau (Brando White) to show her love and devotion. Almost immediately, the young woman realizes that constant doting and attention can be a real drag. May, who has previous credits in various forms of cinematic design, mounts a campy comedy that’s simultaneously loving and critical towards unrealistic, high concept romances. It’s also the only film in this year’s programs to feature an elaborate musical number that’s like watching David Lynch direct a nostalgic musical.

Equally funny and artistically minded is Australian filmmaker Hana Maeorg’s purposefully childish and cheeky Amaretta, the simple, but satisfying story of a young girl (played by Kaisha Thompson, who makes just as much of an impression as her director) who gets reprimanded for drawing “lady bits” while all the immature boys in her class get off scot-free when they draw dicks all over everything. Cleverly showcasing developmental double-standards, this crowd pleaser doesn’t belabour its point and offers plenty to smile about, building to the most satisfying ending of any of this year’s shorts.

While May and Maeorg have crafted the most memorable comedies of Breakthroughs’ second evening, the title of best dramatic work is a dead-heat tie between Mexican filmmaker Marlén Ríos-Farjat’s heartbreaking Rosario and South African director Lodi Matsetela’s harrowing Vrede.

In the former, the phrase “in sickness and in health” is put to the test through the eyes of an increasingly frustrated wife (Ana Karina Guevara) trying to care for her increasingly demanding and increasingly depressed disabled husband (Ramón Saburit). Farjat says a lot about the fraught mental and physical healing process faced by couples dealing with unforeseen disability in a remarkably small amount of time. In terms of short filmmaking, it’s a near perfect, succinct package.

Matsetela’s Vrede is a period piece, set at the height of apartheid in the 1960s. Centering on a family woman sent to serve a sentence of house arrest in a far flung, inhospitable locale, Matsetela’s emotionally charged story looks at a well known atrocity from the perspective of a character that hasn’t been seen on screen before. It’s politically and historically loaded, but also smartly realized and told from a bold, unlikely main character.

Bold and unlikely are the best ways to sum up the wide range of perspectives on display at Breakthroughs, and as a showcase of female filmmaking talent, it’s place within the Canadian film festival community feels more indispensible than ever before. This year’s wide ranging selections emphasize the diversity and creativity happening around the world from filmmakers that – in many cases – are still struggling to achieve the level of recognition given to their male peers and counterparts. Bring a notepad when you go because you’ll want to remember the names of everyone involved with these shorts for the future.

The Breakthroughs Film Festival happens on Friday, June 15 and Saturday, June 16, 2018 at The Royal in Toronto. Doors are at 7:00 pm, and screenings start each night at 7:30. For tickets, more information, and a full list of all nineteen shorts screening, please visit the Breakthroughs website.