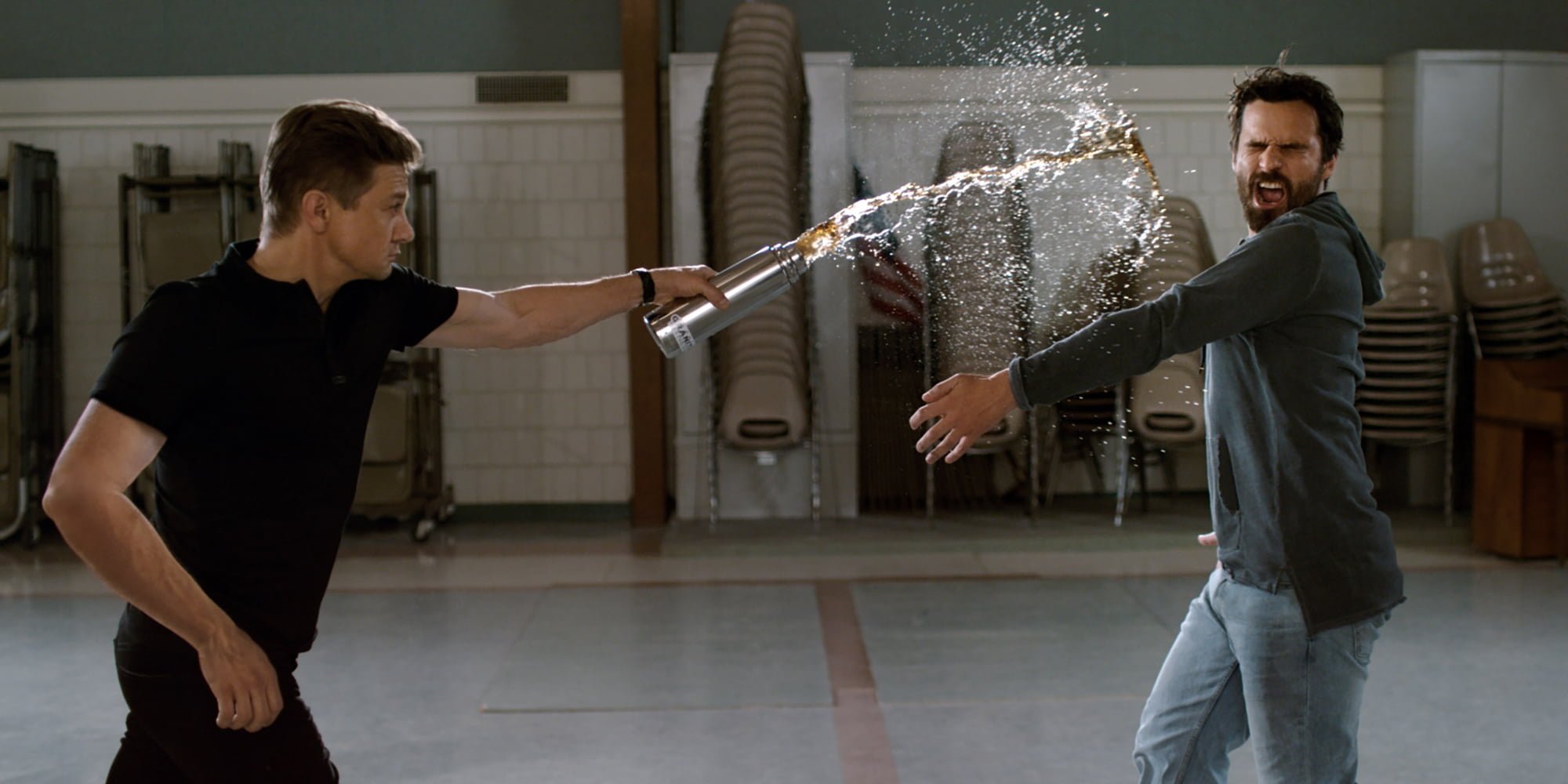 Initially pitched at a lowbrow, crowd-pleasing, and well cast level, the high concept “based on a true story” comedy Tag starts off refreshingly like a more genteel and heartfelt reworking of The Hangover’s more misanthropic bro-centric tale of lifelong best friends reconvening for good times when one of their buddies decides to get married. But gradually the film’s manic energy, goodwill, and creativity starts getting chipped away thanks to an emerging mean streak that threatens to derail everything likable. Thankfully, Tag at least has the good sense to wrap things up as quickly as possible before the bad vibes can engulf the rest of the film in flames.

While on a rote, unsexy assignment to profile a not particularly exciting or charismatic corporate CEO (Jon Hamm), a reporter for The Wall Street Journal (Annabelle Wallis) stumbles across a story subject far more outlandish and original. The subject of her profile, Callahan, has – since 1983 – been a part of an ongoing game of tag that happens every May among a group of boyhood best friends. Although buddies Callahan, Hogan (Ed Helms), Randy (Jake Johnson), Sable (Hannibal Buress), and Jerry (Jeremy Renner) live in different cities, that geographical distance makes the unfortunate person tagged as being “it” all the more surprised. Among their circle of gamesmen, Jerry, a fitness instructor by trade, is the most proficient, having never been tagged and boasting a capability to inflict ungodly, elaborate punishment onto anyone foolish enough to make such an attempt. When his buddies get wind of Jerry getting married in their hometown of Spokane, Washington at the end of May, they band together to take Jerry down on his special day once and for all.

Director Jeff Tomsic’s first theatrical feature gets off to a snappy, witty start via a pair of sequences where Callahan, Hogan, and Randy reunite and try to one-up each other, and for a while it’s a good taste of what’s to come from Tag. Much like the game at the heart of the story, Tag is keen on having a good time and valuing friendship. There’s sweetness in the early going that’s balanced nicely by the jocularity and silliness of the core concept. It’s a film that’s based more around performance, one liners, and the originality of the set pieces contained within it than something that could be considered a feat of direction. Tomsic’s job here isn’t to elevate Tag, but to contain it, setting everything to a wall to wall soundtrack of classic rock and hip hop hits designed to pop the audience and get them hyped as much as the punchlines will. It’s not a subtle film by any stretch, but a film about a bunch of dudes running around and slapping each other probably shouldn’t be.

The chemistry between the leads is realistically friendly and natural. Hamm and Helms are basically the straight-men here, but they seem to be having more fun than their anchored characters might suggest on paper, and Helms gets a perfect scene partner in the form of Isla Fisher, a normally go-for-broke performer who gives her all when playing Hoagie’s ruthless, but helpful wife. Johnson straddles the line between charming and grating as the slacker pothead of the crew, which helps when his character is being a sarcastic, paranoid shit-disturber, but less so in an underdeveloped romantic subplot where a thoroughly misused Rashida Jones shows up, playing a former classmate who harboured simultaneous crushes on Callahan and Randy. Buress, one of the most undervalued comics and performers of this generation, steals every scene as the weirdo of the bunch, getting more belly laughs with a nonsensical turn of a phrase than his co-stars often get by using their entire bodies. Renner effectively conveys Jerry’s unflappable and unstoppable winning ways, but once his character starts getting more and more screen time, Tag starts tilting in an uneasy direction.

Following the film’s high point – a showdown between Helms in an old lady disguise doing battle with Renner in a shopping mall – things start slowly sliding into desperation for the characters, and the film reflects it desperately. The traps set by Jerry, while inventive, become so outlandishly convoluted that any true emotional investment with the characters starts to wane and Tag devolves into full on cartoon mode. That could have been fun and amusing if it wasn’t so obvious that Jerry was a full blown, sadistic psychopath. His traps and schemes to stay on top are so relentless that one wonders why someone would ever be friends with him.

Every character from that point on stoops to the lowest common denominator, leading to one of the players pulling off a diversion so sickening that it sucks all the humour and mirth out of the room. Tag commits the cardinal sin of purposefully and daringly crossing an unspoken line of humour and then forgetting to do anything funny or provocative with it. It just becomes “a dick move” without a punchline or payoff. While there’s a slight bit of recovery when the film makes its way to Jerry’s wedding, the bitter aftertaste of the moments that came before and the film’s purposefully manipulative nature lead directly into a barely telegraphed twist that comes from nowhere, designed to send things out on a bittersweet and uplifting note. It fails horribly because after everything that’s been stooped to, the conclusion of Tag lands with the force of a feather on a wind free day. After the film’s genuinely endearing first half, the second half is a major letdown.

Although the marketing campaign for Tag heavily leans into the “true story” nature of its outlandish premise, I sincerely hope the people involved didn’t stoop to all the levels depicted by their on screen avatars. Judging by the footage over the credits, I assume they didn’t try all of this, but they definitely did some of it. The original game looks to have featured approximately a dozen people, none of them were black, they all look considerably older, and the original Wall Street Journal article that was adapted to the big screen by screenwriters Rob McKittrick and Mark Steilen was penned by a man and not a woman. I’m hoping the sincerer and funnier moments of Tag are more true to the real experience, and that the ickier stuff has been fabricated.

Check out the trailer for Tag: