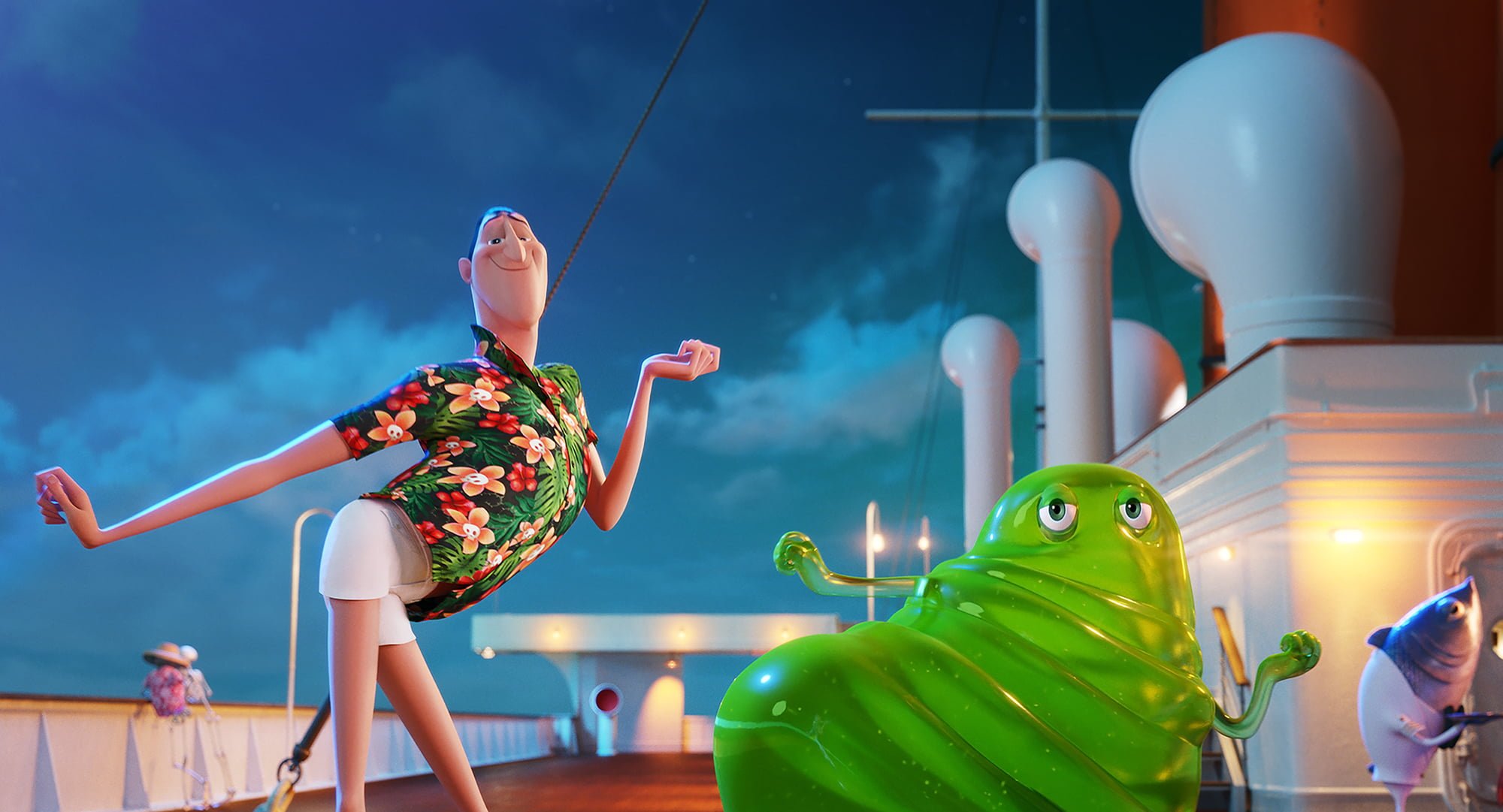 Aimed squarely at a five-to-ten year old demographic that will likely devour any and every candy coated image put in front of them, Hotel Transylvania 3: Summer Vacation offers up more of the same with a reduced sense of stakes and a level of visual and comedic ingenuity that’s on par with its franchise predecessors. Most parents won’t get more than a couple of smirks out of this, but they’ll probably be pleased with it because their kids will leave happy. Hotel Transylvania 3 is a strictly kids only affair. While I’m sure there will be plenty of higher-minded critics will love taking Hotel Transylvania 3: Summer Vacation to task for not having a grander message, better plotting, or some sort of modernist, subtextual hot take buried beneath its brightly coloured skin, I’m not going to be that guy. This is the definition of a film that’s fine and functional for what it is and the audience it’s aimed at; nothing more and nothing less. I’m not this film’s target audience, but I do concede that if my age were still in the single digits, I probably would have gotten a kick out of it.

Hotel Transylvania owner and manager Dracula (voiced once again by Adam Sandler) is starting to get lonely. It’s been eons since his wife passed away and left him a single dad, and now that his daughter, Mavis (Selena Gomez), has a family of her own with her human husband, Johnny (Andy Samberg), Drac is starting to think that it’s time to get back into the dating game. Sensing that her father is stressed out about something, she books dad and the rest of the family for a special “monster’s only” cruise from the Bermuda Triangle to the lost city of Atlantis. (Apparently the best and most recognizable customers from Drac’s hotel are also heading on this cruise, but I’m not sure why. Did Drac temporarily close? Are they all tagging along as friends? If Drac didn’t close, who’s watching the hotel? None of this is explained, and if you’re going to be asking any of these questions, and you don’t have a child, I can assure you that you aren’t anywhere near the demographic for Hotel Transylvania 3.) The cruise is run by Captain Ericka (Kathryn Hahn), a peppy, blonde haired human that Drac immediately becomes smitten with, but he’s too shy to ask her on a date. That might be for the best, considering that the ship’s captain is harbouring a not particularly nice association to Drac’s past.

Directed and co-written by series mainstay Genndy Tartakovsky, Hotel Transylvania 3 maintains a level of consistency that was set by the previous films. Drac gets flustered about something or other. He squabbles with his daughter, but they’re quickly back to loving and supporting each other. The other hotel guests will have set pieces where they’re allowed to shine. Everything will end up being one big misunderstanding, and everything unfolds exactly as you’d expect. Someone will learn the value of tolerance. It’s all basically the same thing all over again, except this time on a cruise ship and revolving around a core storyline about how it’s okay for single dads to start dating again.
The whole thing – and indeed the entire franchise – feels like it was concocted by someone’s “cool” dad; the kind of story that’s made up on the fly to put the little ones to bed and put their minds gently at ease. Hotel Transylvania 3 isn’t edgy, subversive, or even all that funny. The film’s funniest gags involve Drac’s consternation that a cruise is just a hotel on the open water, the ongoing background exploits of the gelatinous Blobby (who can get a chuckle just by existing), and the ship’s army of pompous, upright fish butlers (all voiced by Chris Parnell). Most of the film is content to just hit the same emotional beats as its predecessors over and over again, albeit with different jokes and consistently warm sensibility. The Hotel Transylvania films are so resolutely unhip, that they’re actually rather charming in their quaintness. 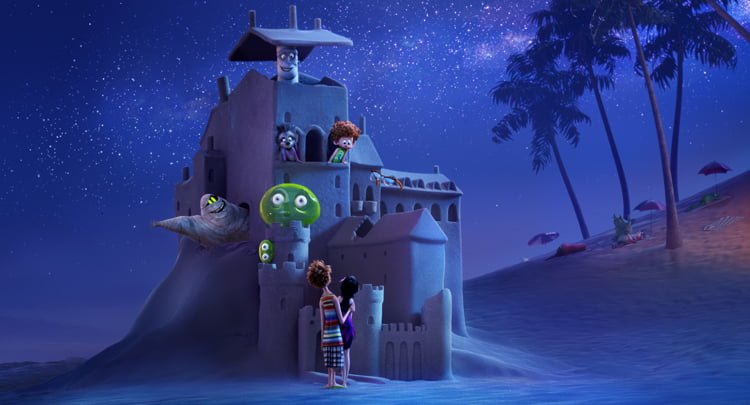 If anything has improved, it’s the look of the creatures. An opening wedding ceremony involving a spiky looking bride and groom is rather impressive. The outrageously oversized puppy Mavis’ son is trying to keep hidden is cute and expressive in all the right ways. Large scale gatherings of monsters always contain plenty of “blink and you’ll miss ‘em” details. Even if there isn’t anything to chuckle at, there’s always something worth looking at in Hotel Transylvania 3.

Much like the rest of the film, there’s not much to note about the mostly returning cast of voice actors except to say that they’re still pretty good at what they do. Sandler still displays more charisma and charm in his voicework here than he has in his past several straight-to-Netflix movies. Steve Buscemi and Molly Shannon get a few choice moments here as a werewolf husband and wife who take every advantage of the ship’s babysitting service. Hahn is a fairly bland love interest-slash-antagonist, but she certainly knows how to turn a witty phrase. Gomez and Samberg, previously the heart of this series, take a backseat here to Drac’s problems, but they’re still fine.

I’m sure plenty of people would prefer those great visuals go to better use. I’m sure someone out there wishes these actors would find something better to do with their time. I’m sure there will be people bemoaning resolutely male storyline, or that it isn’t particularly original and well thought out. I’m sure there will likely be unfair comparisons made by critics to other better animated and family films that have come out in recent memory. I’m perfectly content to shrug and realize that the film I’m writing about is Hotel Transylvania 3, and that it was precisely what I thought it was going to be when I went into it.

Check out the trailer for Hotel Transylvania 3: Summer Vacation: