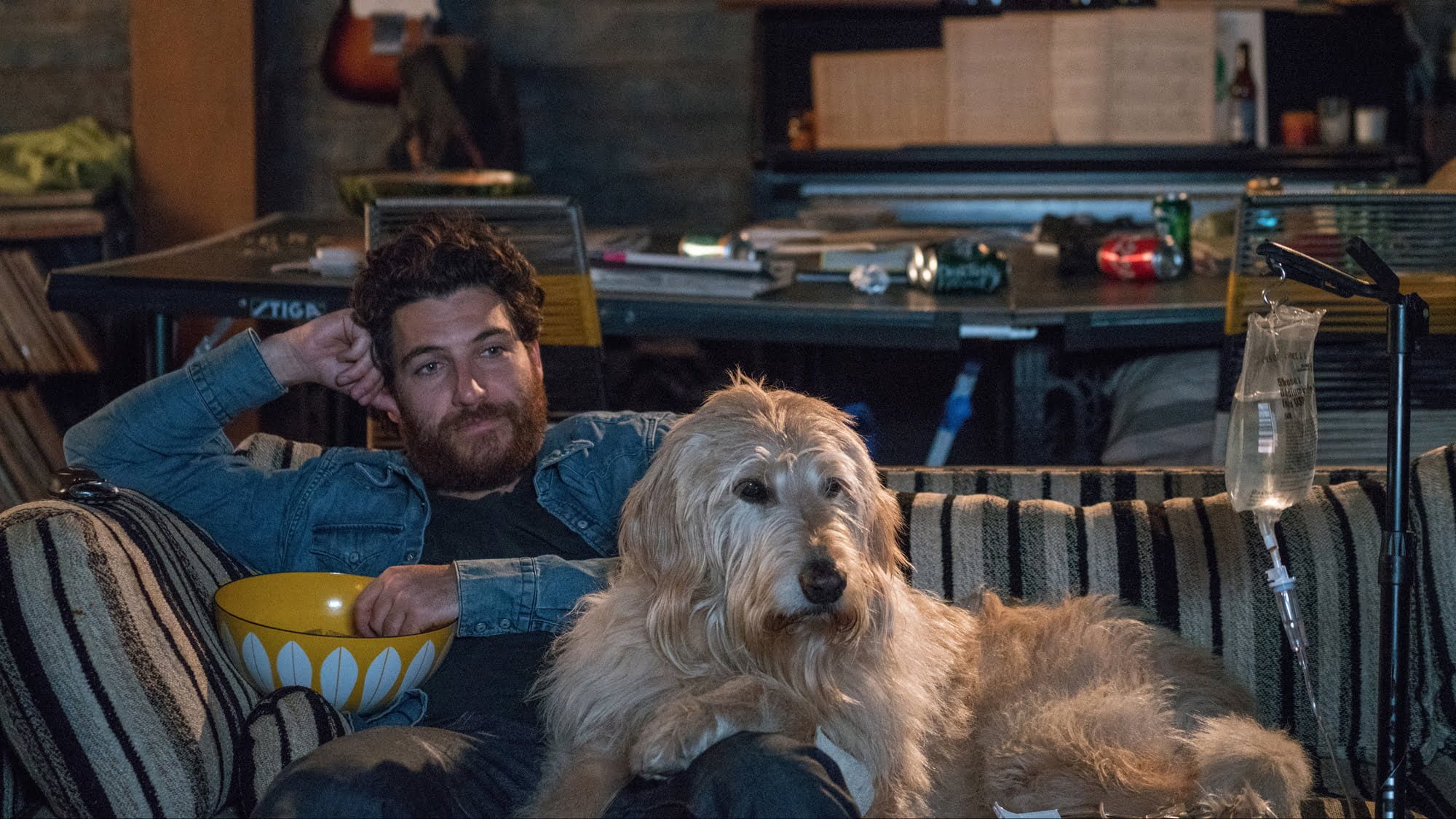 Corny, lowbrow, and still somehow likably entertaining, Dog Days is a bit like the kind of star-driven ensemble comedies that the late Garry Marshall was churning out towards the end of his career, only this time the results don’t suck. Less forced and less focused on dazzling unassuming viewers with high wattage star power, Dog Days is a lot more relaxed in its approach to the kind of overstuffed, overlapping romantic comedy clichés that have plagued the genre since the rise of screenwriter Richard Curtis. It’s still dumb and predictable, but at least the laughs here are genuine, the message about loving animals as much as we love ourselves is sweet, and the switch from megastars to character actors adds considerably more charm than one might think on a passing glance.

Actor-director Ken Marino (who pops up for a well utilized cameo here) weaves a stitched together story about a bunch of Southern Californians who have their lives changed by canine companionship. An unhappy, stressed out, and cheated on daytime talk show host (Nina Dobrev) gets saddled with an arrogant former NFL player (Tone Bell) for a co-host, and their frosty relationship is warmed when their pooches turn out to like each other’s company. An irresponsible pizza delivery boy (Finn Wolfhard) accidently causes a elderly man (Ron Cephas Jones) to lose his beloved pug, prompting the duo to team up and search. The pug makes its way to a married couple (Rob Corddry and Eva Longoria) who have recently adopted a toddler after years of wanting to be parents and are terrified that their new daughter (Elizabeth Phoenix Caro) hates them. The missing pupper provides a key for their new daughter to open up to them. Lazy, slacking cover band musician Dax (Adam Pally) has a large, troublemaking doggo pawned off on him by his pregnant sister (Jessica St. Clair) and exhausted brother-in-law (Thomas Lennon) until they can get their heads straight after the birth of their twins. Dax’s neighbour, a barista named Tara (Vanessa Hudgens), finds a Chihuahua behind a dumpster at work and sees the critter as a potential in for a date with the hottie veterinarian (Michael Cassidy) who works across the street. Her infatuation with the dreamy doc leads to her volunteering at a no-kill shelter run by an awkward nerd (Jon Bass) that’s sweet on her.

I think I got all of that straight, but it doesn’t matter if I list off the plot threads of Dog Days properly or not. It’s one of those freewheeling, interlocked stories where some bits will keep viewers attentions better than others. If you don’t like one element of Dog Days, stick around for a few minutes and the film will change itself to something else entirely. By now, these kinds of ensemble rom-coms come with their own set of contrivances and clichés, but by focusing on character beats, genuinely snappy dialogue, and keener than usual (but still overlong) pacing, Dog Days becomes one of the better examples of the low hanging genre.

Marino’s comedic sensibilities seem to lie somewhere between Marshall’s gentility and the off-kilter weirdness he’s acquainted himself with through working alongside writer-director David Wain (who also pops up here in a tiny role). There’s a nice blend of softball humour and stranger, more boundary pushing stuff that helps to elevate Dog Days higher than a lot of its otherwise dire and drab brethren. The main cast is comprised of plenty of people who have worked with Marino in various capacities as a performer, but he also finds quirky supporting parts for established and underrated talents like Tig Notaro (as a monotone dog therapist), Mo Gaffney (as an aloof mayor), Phoebe Neidhardt (as a depressed meteorologist), and Ryan Hansen (as Dobrev’s philandering ex).

There are a lot of simplistic stories contained within the screenplay by Elissa Matsueda (The Miracle Season) and fellow Wain collaborator Erica Oyama, but Marino’s sensibilities are spot on, tailoring each story to the strengths of the performers contained within them. No one really rises above anyone else here, nor do they have to when everyone is given something to do and they’re able to do it all rather well. Unlike Marshall and Curtis’ cracks at this type of film, Marino is more concerned with the talents of the performers instead of their star power. He has stacked Dog Days with capable character actors instead of recognizable faces that are on hand simply to coast and collect a quick paycheque. Everyone here takes their role just seriously enough for Dog Days to hold together as a cohesive whole, and that’s partly because Marino proves to know talent when he sees it. That makes the difference between an unabashed crowd pleaser that genuinely wants to be good and a piece of studio driven trash that just wants to put butts in the seats by any means necessary.

Is Dog Days corny as shit? Absolutely, but I’ll take something this corny and genuine over something soulless and unfunny any day of the week. The charms of Dog Days are natural and sweet. It’s also hard to argue over the merits of a film that really believes in the “adopt, don’t shop” movement in pet ownership. The characters all learn various lessons about how to be less terrible people through their canine co-stars, but that might be the film’s biggest message. I’m honestly more of a cat guy, but Dog Days is definitely something I can get behind.

Check out the trailer for Dog Days: