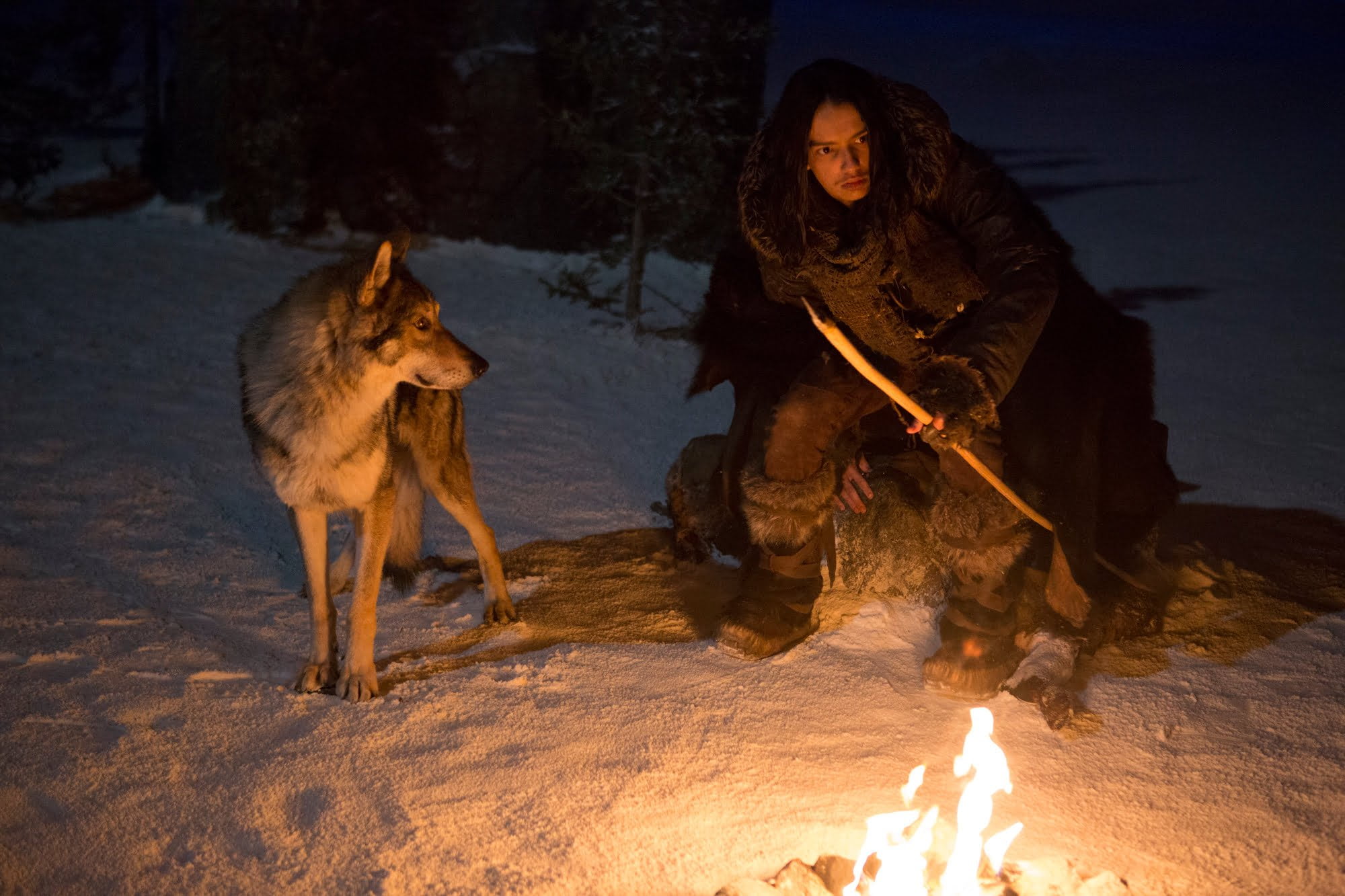 Nowhere close to the film it’s being marketed as, the prehistoric survival drama Alpha remains a gorgeously photographed and surprisingly ambitious studio picture. Initially marketed as an action adventure when it was slated for release last year, and currently being pitched as a family film aimed at dog lovers, Alpha really doesn’t fit into either category. I guess one could say that it’s an artfully made “boy and his dog” yarn, but the dog doesn’t even show up until roughly the halfway point. Instead, it’s a primal story about surviving harsh climates and a postulating on how man first bridged the gap between itself and the animal kingdom. It’s a tough sell no matter how one puts it, but that’s a huge part of what makes Alpha so thrilling and atypical to behold.

Alpha is set some 20,000 years ago “somewhere in Europe” and concerns Keda (a virtually unrecognizable Kodi Smit-McPhee), a young man who’s been groomed to assume leadership over his tribe by his loving father (Jóhannes Haukur Jóhannesson). Keda’s mother is skeptical of her son’s leadership abilities, suggesting that the still learning leader governs his daily life with his heart, not with his spear. One day while on a hunt with the tribe, Keda is separated from his people, injured, and left hanging from an inaccessible cliffside. His father and fellow hunters have no choice but to leave the young man behind. Keda somehow survives the ordeal, only to be surrounded by wolves, one of whom gets injured in a skirmish. Keda, showing his kindness, helps to nurse the wolf back to health, creating a bond with the animal. Together, their partnership helps the both of them survive the increasingly harsh and snowy weather as they attempt the arduous and dangerous trek back to Keda’s village.

Alpha is the first fictional feature in eight years from Albert Hughes (Menace II Society, Dead Presidents, From Hell), and the first major effort from the filmmaker away from his brother, Allen. While Alpha might strike some as a curious choice for the director (who also gets a story credit here), stylistically it’s very much in line with his last fictional effort, The Book of Eli. There’s a sparseness and economy to Alpha’s storytelling, which is appropriate considering that the film’s story takes place before the rise of proper civilizations. There’s some flash and style, but most of Hughes’ efforts are placed into capturing foreboding skylines, inhospitable landscapes, and the occasional action sequence. It’s a quest film that sounds flimsy on paper, but that’s only because, historically speaking, there’s not much to work with. And considering how harrowing some of the film’s more intense moment become, this is definitely a case where less equals more. The visuals are consistently gorgeous and colourful, and it’s the rare film that I’d actually suggest watching in 3D instead of 2D. The background details pop off the screen nicely with the added dimension.

The harrowing nature of Alpha is also what makes it less than ideal for the family crowd the film is being aimed it. It’s not excessively bloody, but there’s plenty of trauma, both on human and animal characters (the latter of which are depicted through the mixed use of real, CGI, and animatronic critters to varying degrees of success). It’s assuredly too dark and disturbing for young children, and it moves at too slow and nuanced a pace to appeal to older kids. What little dialogue there is feels stilted, but it’s also delivered in a dead language that’s subtitled throughout. Modern teens will likely find it too corny, and adults will likely scoff at the film’s marketing campaign before giving it a chance. Alpha seems like a film that was made with seemingly no one in particular in mind. 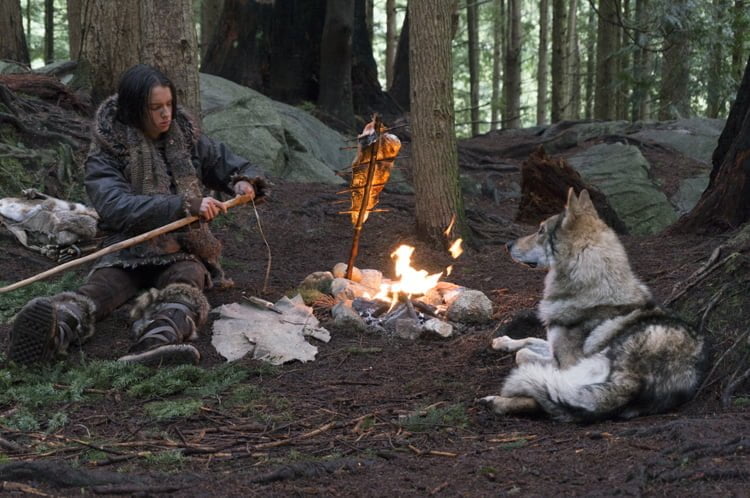 And that’s what makes it such a worthy filmmaking risk. Hughes certainly delivers plenty of wonder and spectacle, but it’s in service of one of the least Hollywood friendly gambits in recent memory. Alpha is a film that defies marketing in nearly every respect. On one hand, it’s a simple story, simply told; the kind of narrative that could be easily explained in a few seconds. The problem with diluting such a concept means that any attempts to sell such a film to a mass audience will have to be disingenuous. One can’t easily say, “Hey, we’re going to make this film in a language that hasn’t been used in thousands of years, but at least there’ll be a story about how humans domesticated dogs in it. By the way, the dog isn’t in the entire first half of the film.” I can’t imagine that Alpha with its high degree of technical difficulty and lack of any real hook was easy to make, but I appreciate that someone found this to be a worthy production.

It’s just a shame that Alpha isn’t particularly memorable beyond how novel it feels. While McPhee and Hughes are doing everything they can to make Alpha the best and most unique kind of adventure tale, the set pieces and plot beats don’t linger in the mind for very long. The ambition and visuals will stick around in the viewer’s mind for quite some time, but even a day after watching it, I struggle to remember other elements of the film. It’s a good film that’s been made with a clear vision, but it’s missing that little extra something needed to make a true impact and impression.

Still, it’s hard not to wish for more ambitious films like this in the future. I don’t envy anyone at Sony tasked with trying to market this thing. I probably would have tried to sell it as a sort of biblical epic for dog lovers, but even that wouldn’t really make sense. At any rate, I quietly root for its success.

Check out the trailer for Alpha: