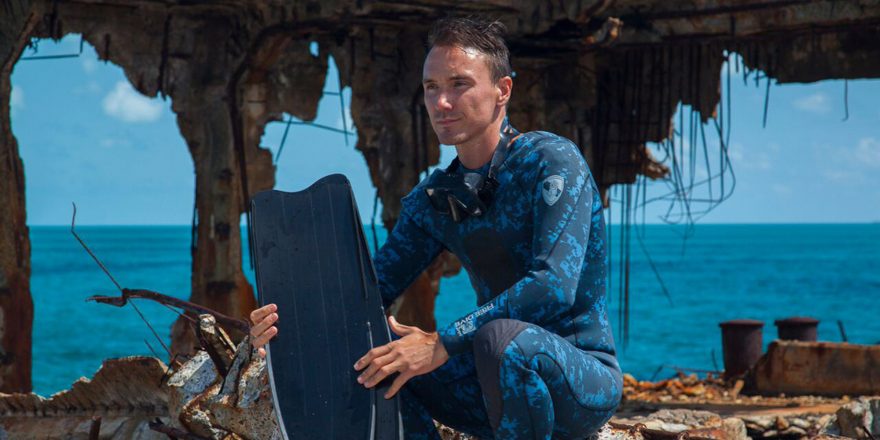 Completed posthumously following filmmaker and activist Rob Stewart’s tragic and sudden death during a diving accident last year, Sharkwater: Extinction once again finds the director trying to espouse the evils of illegal shark fin poaching and overfishing. This time, however, the film also functions as a moving and lasting tribute to Stewart’s drive and determination. He was never willing to give up on the things he believed in, and hopefully Sharkwater: Extinction will provide similar inspiration for future generations.

Picking up where his two previous Sharkwater films left off, Stewart travels the globe to show how countries and corporations have found loopholes to circumvent the supposedly tightly regulated trade of endangered shark fins and meat. As long as there’s money to be made, greedy poachers will find the best way around the rules. Putting themselves in dangerous situations and frequently working in a manner closer to undercover cops than documentary filmmakers, Stewart and his equally enthusiastic crew work tirelessly to expose corruption and illegal activity.

Although the film is more or less unfinished (but finished the absolute best that it could be under the circumstances), Sharkwater: Extinction boasts some of Stewart’s strongest and most poignant work. If one were to take the director’s passing out of the equation, the film would stand perfectly well on its own as the best in Stewart’s franchise. With over eighty million sharks dying or disappearing every year, it has been imperative to save one of the world’s most misunderstood apex predators for quite some time now. Stewart might no longer be with us, but he left the world with plenty for the next generation of activists to pick up on.