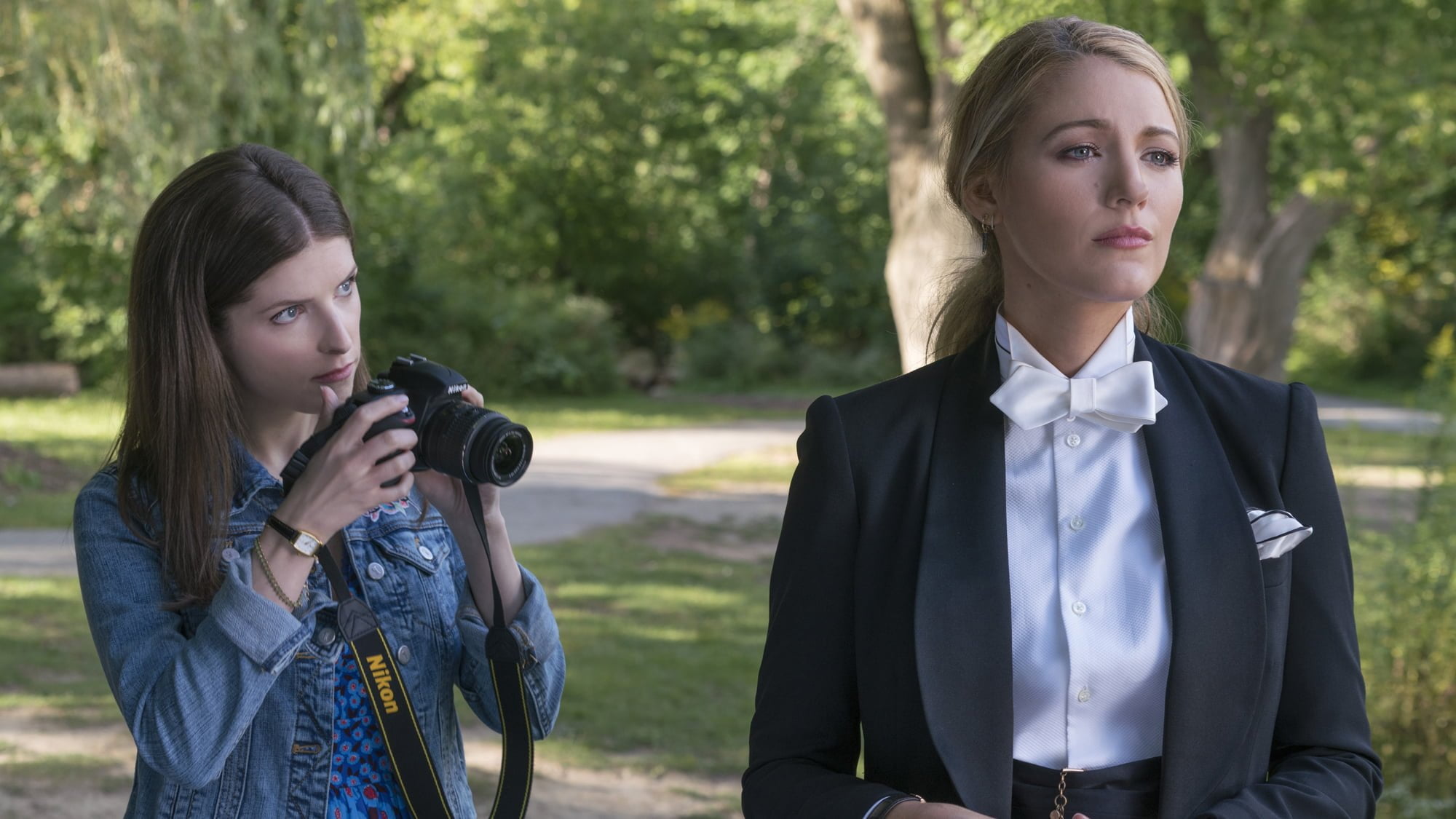 A slight change of pace for usually comic minded filmmaker Paul Feig and a moderate reworking of dark themes similar to those found in David Fincher’s Gone Girl, A Simple Favor is a breezy and entertaining morality tale. It’s not too wild of a departure for Feig, with screenwriter Jessica Sharzer’s adaptation of Darcey Bell’s potboiler novel fitting well into the director’s female driven narrative wheelhouse. Its funny, brutal, and the purposefully grotesque touches are doled out with a light touch. It’s a Paul Feig movie, only slightly meaner and nastier, and A Simple Favor boasts many of the pluses and minuses that have followed the filmmaker throughout his career thus far.

Stephanie Ward (Anna Kendrick) is a successful mommy blogger and widower with a young son (Joshua Satine) and no real friends. The eager, go-getter personality that Stephanie displays in her online tutorial videos permeates her personal life, making her a bit of a joke and annoyance to fellow small town parents. One day, while picking her son up from school, she meets fellow mother Emily Nelson (Blake Lively), a woman with an almost mythical personality and lifestyle. Emily works as a PR director for a major New York fashion designer (Rupert Friend) and appears to have a loving marriage to a washed up writer turned university professor (Henry Golding). Stephanie endears herself to the more affluent, candid, and worldly woman. The unlikely duo begins setting up play dates for their kids and meeting up for cocktails at Emily’s lavish estate. Not long into their friendship, Emily asks Stephanie to pick her son up from school when she’s called away for a business emergency. Emily never returns, and although she’s a free-spirit, her disappearance raises considerable concern. Curious as to why her new bestie would suddenly vanish, Stephanie and Emily’s husband begin investigating, uncovering dark secrets and unknown deceptions that could turn deadly for everyone involved.

Imbuing his film with countless references to French New Wave cinema (from the jaunty score to the colourful fashion sensibilities), Feig (The Heat, Spy, Ghostbusters, Bridesmaids) embraces the slight change of tone represented in A Simple Favor wholeheartedly. It’s a funny movie, but with darker undertones than Feig is usually associated with. The wit, jokes, and gags will feel familiar to anyone familiar with the director’s work, but the twists and violent outbursts peppered throughout A Simple Favour are refreshing and rejuvenating. While many of Feig’s films aren’t known for being overly flashy, A Simple Favor has a slick and polished visual style that matches the opulence of the characters’ lifestyles. Even in the most serious and straightlaced scenes, Feig finds ways to subtly work in a few sly chuckles, but overall this is a work that proves Feig has the ability to jump to more ambitious dramatic projects, should he so choose.

The script from Sharzer (Nerve, American Horror Story) plays to a lot of Feig’s strengths. There are several comedic set pieces that offer up opportunities for slapstick and physical gags. The dialogue is snappy, catty, and malleable to the whims of performers that are capable of improvising and riffing. Character actors and frequent collaborators pop up in small, but pivotal roles, most notably Linda Cardellini as a brooding artist who holds a key to unlocking Emily’s past life. While the twists involving insurance scams, infidelity, and a number of other taboo subjects are as new to Feig as the film’s flashy style, the rest of the movie remains firmly in the filmmaker’s comfort zone. 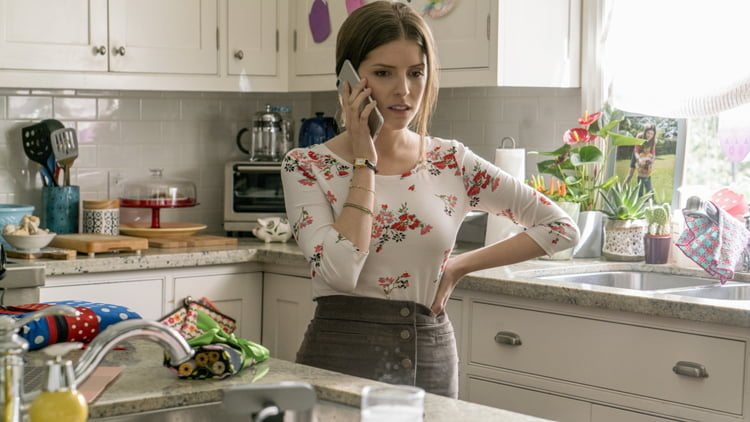 That comfort zone extends to the film taking on some of Feig’s more negative traits. A Simple Favor is overlong by about twenty minutes, some of the side plots end up going nowhere (which is admittedly more forgiving in a mystery built on red herrings than a lighter comedy), and it builds to a rushed, chaotic conclusion that doesn’t add up narratively or logistically. While Feig didn’t adapt A Simple Favor, the script bears many of the director’s fingerprints, and not always in the best of ways. Feig knows his way around comedy and elaborately designed sequences, and while he’s branching out here, he’s falling back on learned instincts that cause him to speed up his story because he’s been having too much fun hanging out and doting over smaller details and character moments. While I have always loved his attention to character and tone, his films often lack a strong sense of pacing and patience, and they almost always begin deflating the closer they get to the conclusion, something that’s potentially fatal when making something that’s ostensibly a thriller. It’s something that Feig has yet to break from, darker material or not.

It’s also somewhat disappointing that Kendrick and Lively aren’t doing anything different with their characters. Both are very good and the chemistry they display in scenes opposite one another is outstanding. Stephanie’s peppy, scatterbrained personality clashes nicely with Emily’s blunt and openly sexual mean girl, but both are playing exactly the kinds of roles one expects would be expertly portrayed by Kendrick or Lively. They’re gifted performers, but they’ve both given these exact same performances in several previous on screen appearances. Lively acclimates herself better to the film overall, digging into her character’s nastier traits like her jaw was somehow unhinged, but it’s still just a riff on her time spent on Gossip Girl. Kendrick, who always brings a trademark amount of energy and exuberance to her nice girl roles, just feels like she’s playing another Anna Kendrick role. They’re both fine, but neither is pushing themselves to do something different. Feig’s work is more ambitious and further reaching than the comfortable turns provided by his stars.

The whole thing plays a bit like a Lifetime movie version of Gone Girl, albeit with a lot more technical and performative credentials than a film pitched with such a description would normally be gifted with. I’m not sold that A Simple Favor marks a new chapter in the careers of all involved, but it’s an entertaining enough adult oriented comedic thriller. The balance of light humour and dark nastiness is well calibrated, there are some huge laughs, and a handful of effective shocks. It might not be enough to warrant a glowing review, but it’s a pleasing enough afternoon at the movies.

A Simple Favor opens in theatres everywhere on Friday, September 14, 2018.

Check out the trailer for A Simple Favor: