A celebration of London in the swinging 60s, the heavily nostalgic documentary My Generation will appeal primarily to those who were between their late teens and early thirties during one of the most culturally, politically, and socially impactful decades in human history. It’s a crowd pleasing, back patting sort of work that looks at how a new generation of post-World War II Londoners established a new set of boundary pushing and traditional challenging social constructs out of previous stuffy and boring norms and attitudes. I’m pretty sure that this is the attitude that every generation has to the one that came before it, so the overall idea behind My Generation isn’t anything terribly original, controversial, or groundbreaking, but taken on its own modest, montage based terms, it’s still a charming and entertaining bit of pop culture history.

Cockney actor Michael Caine leads director David Batty’s fast paced guided tour through the UK’s evolving counterculture; narrating, conducting interviews with those who became famous during the 60s, and offering plenty of personal anecdotes along the way. Caine is one of the best examples of an artist or performer who benefitted from a loosening of social constructs in the 1960s. Although he was a classically trained performer, his working class roots traditionally held him back from getting any steady or noteworthy work until he was in his early 30s. Caine speaks lovingly and insightfully about how much he credits the counterculture movements of the 1960s with giving him a career in the first place, and My Generation feels every bit a passion project for the actor as it does the team working behind the camera.

It’s clear very early on that Batty and writers Dick Clement and Ian La Frenais have extensive television backgrounds. The majority of My Generation is comprised of montages set to a not inexpensive laundry list of chart topping pop and rock hits from the era. Given that a lot of influential art and political ideas came about from the era, the decision to lean heavily on archival material is understandable, but quite often My Generation feels like a bunch of low budget music videos strung together that have been cobbled together from various outside sources. The music and images are significant, by at its heart My Generation is nothing more than a clip show with a lot of name checking, albeit one that ranks higher than a Time-Life record compilation commercial or Billy Joel’s hit song “We Didn’t Start the Fire.” It takes a lot of assembly, and it’s well edited, but there’s nothing revolutionary about Batty and company’s depiction of cultural revolutionaries.

My Generation also boasts an off kilter style of interview technique. Audio of Caine interviewing the likes of Twiggy, Paul McCartney, Roger Daltrey, and photographer David “makes love daily” Bailey can be heard over a lot of the assembled footage, but the conversations themselves are never shown. It’s a truly missed opportunity on Batty’s part, since the audio suggests that Caine boasts a remarkably candid, relaxed, and refreshing sort of interview technique, engaging with his subjects as peers first and period icons second. It was likely a decision to make the film feel more kinetic and less stodgy, but the people being interviewed (even in archival snippets from people who are deceased or otherwise couldn’t participate) were literally made for the camera by the era being discussed. To only have Caine captured in his current state feels like a disservice to everyone else being profiled and cited. 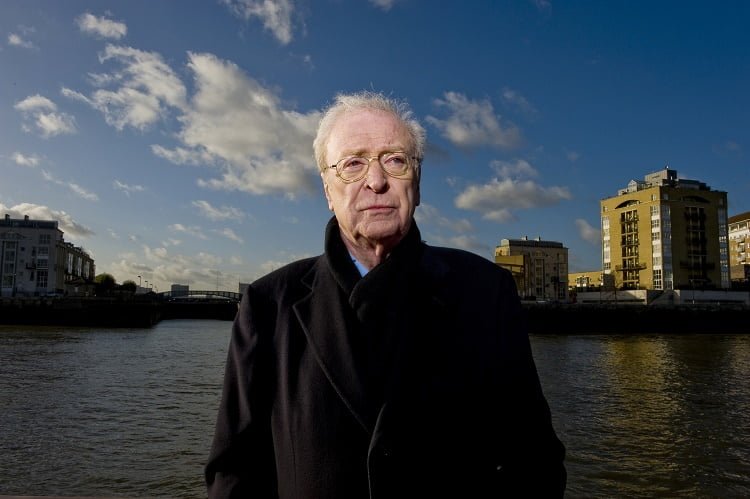 Amid Batty’s many curious technical decisions, however, My Generation does lay a lot of political and social groundwork to explain why the 1960s were watershed years in London’s history. For the first time in the country’s history, artists, models, musicians, and performers from working class backgrounds were breaking into the mainstream consciousness, with many suffering pushback from cultural elites and elders. Not only were these new breeds of artisans and entertainers becoming popular at home amid rigid constructs that were designed to keep them repressed, but they were also garnering crossover appeal across the pond. Models like Twiggy, multi-faceted artists like Marianne Faithful, bands like The Rolling Stones, The Beatles, and The Who, and performers like Caine, Albert Finney, and Julie Christie were making major waves across the ocean thanks to the shifting tectonic plates of culture. My Generation explains how this was all possible by examining the frustrations of a new generation that were born to parents who lived through the Great Depression and World War II back to back. There was a time for safety, comfort, and healing in the UK in the immediate years afterwards, but this new generation and culture sought to rouse the country from emotional stagnancy.

Most of the anecdotes and profiled subjects chosen for My Generation nicely draw parallels between an artist’s environment and their art, and since that’s basically Batty’s entire overarching point, his film can be deemed a modest success. It’s virtually impossible to whittle the popular culture of an entire decade to a single 85 minute volume, even when the work in question examines the contributions of only a single, major metropolitan city. That could be why My Generation ends in an oddly abrupt place once it starts talking about attitudes towards drug usage leading to the downfall of many celebrities in the eyes of the public. The lessons of the 1960s live on today, with many of My Generation’s figureheads now being representative of the first wave of modern cultural disruptors. Their story doesn’t have an end, and the sourest note of all here is how Batty attempts to put too fine a point on their chapter in history.

Overall, however, this My Generation is meant to be taken as breezy, fluffy, and safe entertainment, and like many things that seemed shocking and novel at the time, Batty’s film feels old fashioned and like it’s had any rough edges sanded off. And while it is entertaining, there’s a distinct sense that its flashy visual graphics and elaborately assembled montages aren’t coming close to replicating what it was like to live through such an era. If it weren’t for Caine and his well spoken peers, My Generation would be wholly pointless and squarely redundant. Thanks to the participation of those involved and Batty’s eye and ear for great archival footage, My Generation charms in spite of its overly nostalgic and truncated construction.

My Generation opens at The Hot Docs Ted Rogers Cinema in Toronto on Friday, September 28, 2018. It opens at Bytowne in Ottawa on Monday, October 1.

Check out the trailer for My Generation: