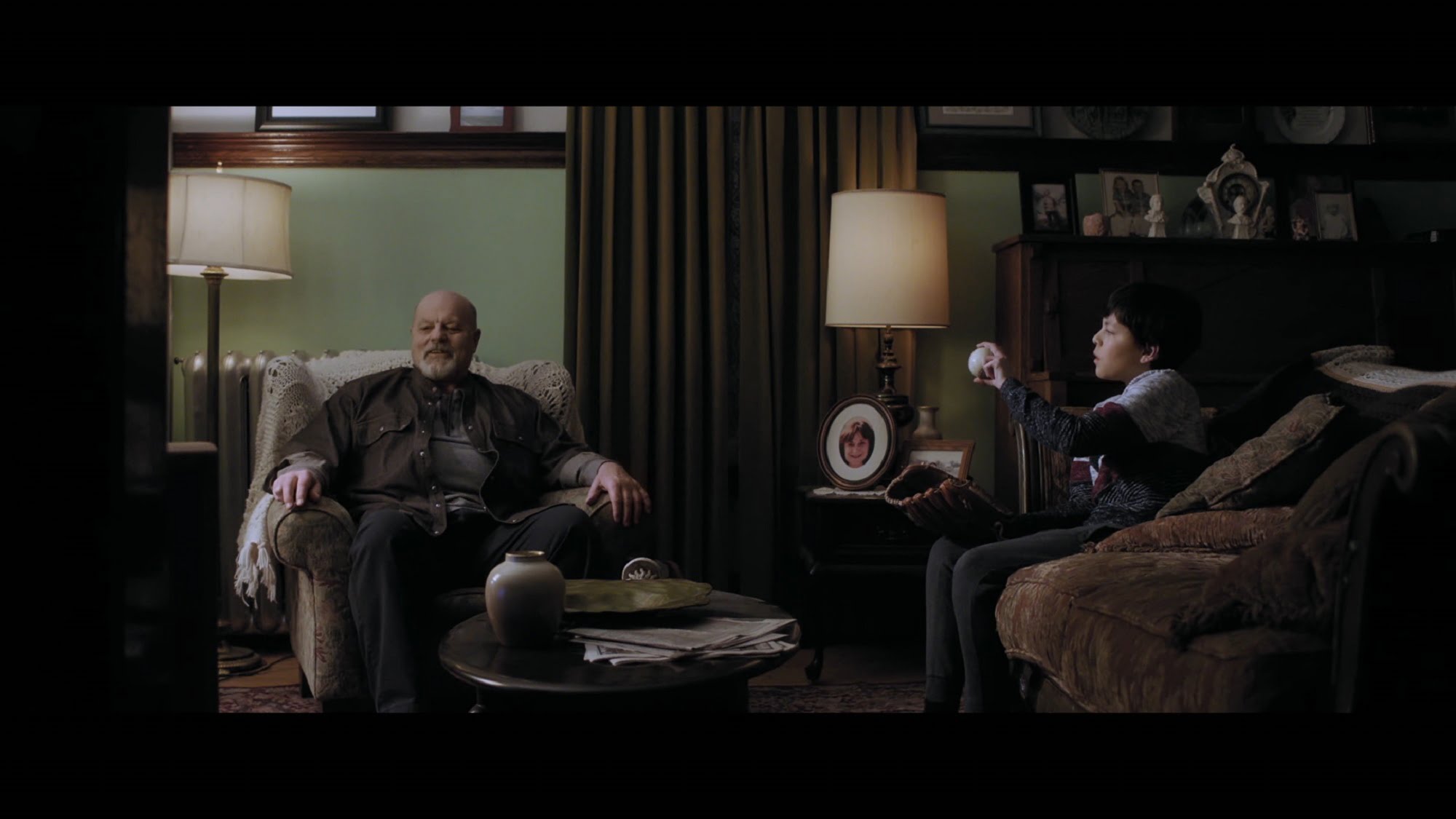 The entertaining, but not particularly chilling Canadian thriller Knuckleball picks a tone and setting that works and admirably sticks to it. A cat and mouse game that unfolds between a young boy and a violently unhinged psychopath, Knuckleball overcomes minor pacing issues and a fair degree of predictability through the ability of director and co-writer Michael Peterson (Lloyd the Conqueror) to deliver a simple, solidly constructed story with a good deal of energy, great casting, and a keen visual sensibility. It’s far from a genre classic, but a decent way to kill ninety minutes.

When his parents (Chenier Hundal, Kathleen Munroe) have to travel for a funeral, twelve year old Henry (Luca Villacis) gets sent to stay with his grandfather (Michael Ironside) at the old man’s secluded Pacific Northwest farm. Grandpa Jacob wants to put the boy to work before a major winter storm arrives, but the tween would much rather play video games on his cell phone. One morning, Henry awakens to find Jacob in need of medical attention. With the battery on his phone drained and the off-the-grid old man not owning a landline, Henry has to run to the nearest home to call for help. The closest neighbour is Dixon (Munro Chambers), a creepy dude who Jacob treats almost like a surrogate son. Unfortunately for Henry, Dixon has been keeping a dark secret, and the boy’s arrival triggers a psychotic, bloodthirsty rage in the neighbour. With no way to reach the cops or his parents, it’s up to Henry to protect himself by any means necessary.

Comparisons to a bloodier and grittier version of Home Alone are unavoidable in the film’s engaging, set piece heavy second half, but prior to that, Peterson takes great care in setting a stage for the inevitable showdown about good and evil. There actually might be a tad more set-up than Peterson ultimately needs for Knuckleball to succeed in making its visceral thrills mean something. Quite often, Knuckleball comes across like a great idea for a short that’s been padded out to feature length, and while most of that extra weight isn’t necessarily filler material, a lot of it feels rather obvious and unnecessary.

Peterson and co-writer Kevin Cockle have built Knuckleball around a single, easily spotted character reveal that can be figured out before Dixon even arrives on screen, thanks to a clunky bit of exposition delivered by Henry’s mother in a rather oddly timed way early on. There’s one bigger and much more effective twist about a quarter of the way into the film that’s handled with more weight and ingenuity by Peterson, but the most obvious reveal is so boldfaced from the start that Knuckleball is ultimately more interesting when it comes to its nuts and bolts thriller elements than anything involving the plot or the characters’ plight. 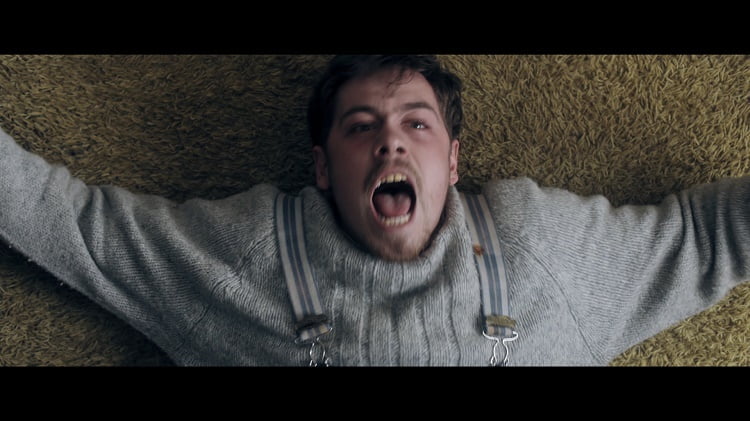 There are enough Chekhov’s guns trotted out in the opening scenes of Knuckleball to fill an armoury. If the camera ever lingers on a spool of barbed wire, some gas cans sitting out in the open, or makes a big deal about Henry’s desire to be a little league pitcher, rest assured that Peterson will get back to all of these things in good time. It’s so blatant what Peterson’s trying to do that every significant object might as well be cloaked in halos of light with neon signs pointing towards them. The same can be said of the character’s quirks and tics, which are all eminently exploitable for the story’s gains. Subtlety and leaving anything to the imagination aren’t strong points for Knuckleball, but it does imbue the film with a campy, knowing sensibility.

But there are some times when Peterson’s lack of grace and overbearing attention to detail help them film. While the lengthy set up and tour of the snowy farmland shows viewers all of the intended implements for Knuckleball’s climactic showdown, it also gives back a true lay of the land in a way that few cat and mouse thrillers ever do. We might see the tools of the villain’s destruction along the way, but we’re also able to plan visual escape routes for the hero in our minds. Peterson makes sure that the viewer is aware of the location of things at all times, and we know how long and difficult it can be to get from point A to point B. It’s a clever detail that adds to the film’s overall suspense and investment.

Knuckleball revels in its good and bloody fun, but it’s taken to a proper level of gravitas by its two main stars. As a hunter and his prey, Chambers and Villacis have wonderful dramatic chemistry. Often, filmmakers will portray such a battle of will and wits as that between an unstoppable force and a terrified, meek protagonist, but Knuckleball always places both characters at a similar level of intelligence. Neither character stays one step ahead of the other for very long, making the duel feel fresh, vibrant, and unpredictable even when the overall outcome of the events is rarely, if ever in doubt. Villacis is endlessly likable and sympathetic as the lead, and Chambers makes the interesting, but totally effective choice to play his villain in the vein of a psychopathic Casey Affleck character: soft spoken, jocular, insecure, and full of more complaints than tangible actions. Their pairing works wonders for Knuckleball.

No one will be all that surprised by the resolution of Knuckleball, but at least they’ll be entertained getting there. It’s not what I would categorize as matinee fare, but more like optimal travel fare. It’s the kind of film where if you watched it on a short plane or bus ride, you’ll be sufficiently entertained and forget your troubles for an hour and a half. It’s a film about a kid booby trapping a house to stop a madman, and it delivers nicely and unpretentiously on the promises such a film makes to an audience.

Knuckleball opens at Carlton Cinemas in Toronto and Mayfair Theatre in Ottawa on Friday, October 12, 2018. It will be available on iTunes and VOD on October 16.

Check out the trailer for Knuckleball: