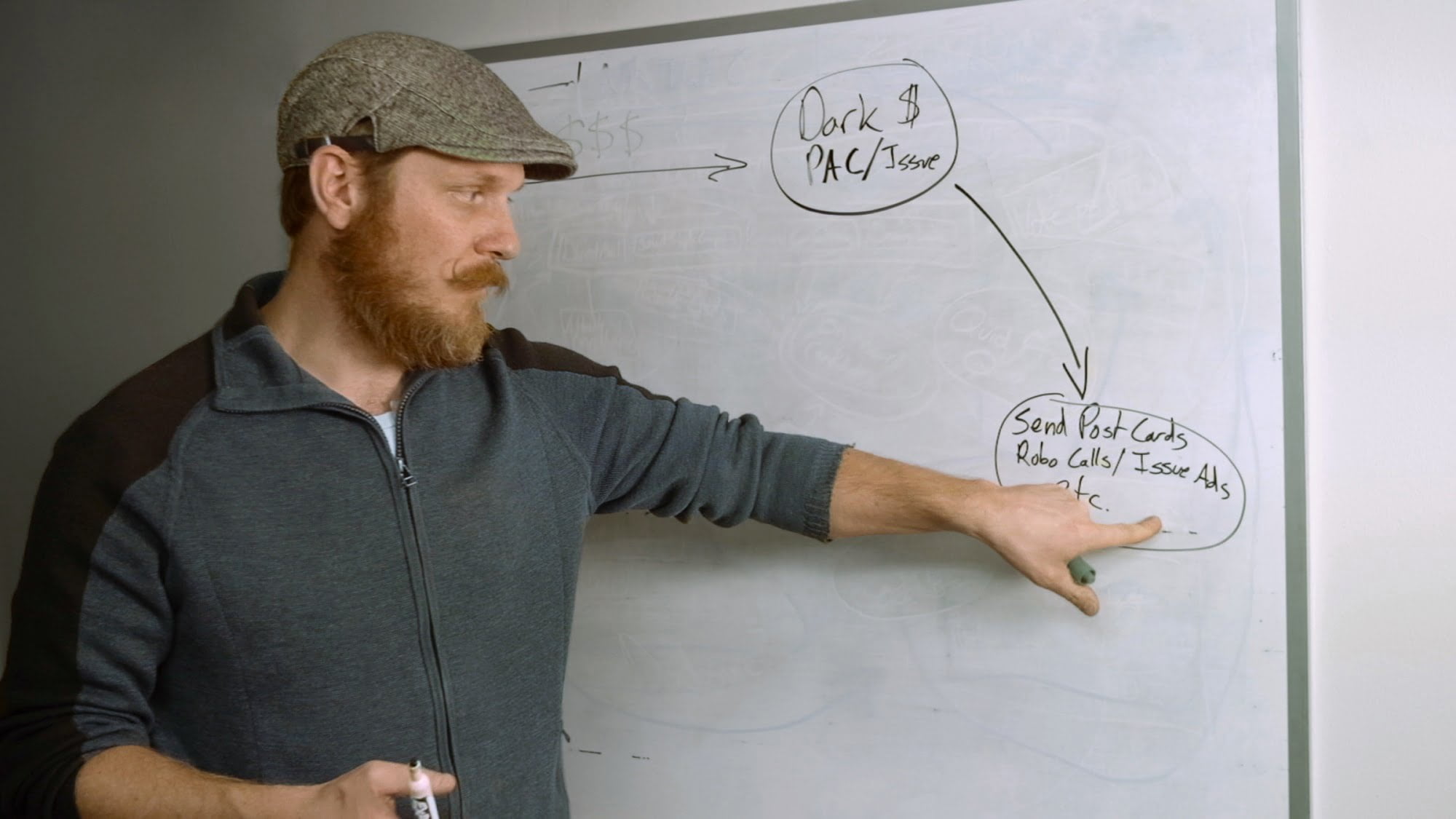 Bone chilling and eye opening, director Kimberly Reed’s Dark Money exposes the frequently sickening truth behind American political campaign finance and why it’s so hard to reform a hopelessly broken system. Utilizing a non-partisan approach to expose the spreading of misinformation and lies via corporately funded smear campaigns carefully crafted to dupe and scare voters into casting their ballots for candidates backed by bottomless coffers, Dark Money is a shocking and necessary conversation starter. In her second feature, Reed eloquently looks at one state’s fight to keep running for elected office fair and focused on the real issues, and more importantly at why campaign finance reform should be the gateway to looking at all other political issues.

Reed spends most of her time in the state of Montana, where citizens learned long before the rest of the United States that politics and big business shouldn’t mix. After copper mining kings (whose now abandoned and enormous open pits are growing ecological disasters) were able to buy their way into government, the state said never again. In 1912, Montana passed legislation that said no corporation could contribute more money to a campaign than an average citizen, which in 2016 money would’ve been just over $600. Almost one hundred years later via the Citizens United case, the United States Supreme Court would controversially – in what’s regarded at this point in history as their worst decision – completely remove all regulations on how much corporations could spend on local, state, and federal elections, basically saying that multibillion dollar multinational corporations could spend whatever they want on whomever they want. Previously, only the infamous Koch Brothers were noted as being politically active billionaires who were willing to establish numerous fake non-profit organizations with the only intention being to send out misleading flyers, billboards, and literature to attack candidates in various areas that didn’t fall in line with their special interests. It turned out very quickly that the Kochs were only the tip of a larger iceberg that was waiting for the day deregulation of campaign laws would finally arrive. While most other states with similar regulations on the books would roll over and stop fighting the high court’s ruling, the people of Montana – who were embroiled in a major electoral scandal where hardline republicans were caught trying to enact a ten year plan to “purge” all moderate members of their own party out of office – would continue to fight.

Dark Money, which refers to the unseen, virtually untraceable sources of cash that pay for smear campaigns, finds a perfect case study on the nature of shady political contributions. Instead of travelling to a hotbed of liberal activity, Reed focuses squarely on the struggles faced by one of the most traditionally conservative states in the union. It’s as blue collar and agrarian a place as one’s likely to get in the U.S.; a state so sparsely populated and insular that all of its state representatives have to hold down day jobs on the side because being a legislator doesn’t pay them enough throughout the year. There are a few elected democrats who become targeted in a wide reaching plot to flood the state halls of representation and justice with corporate money, but for the most part, Dark Money focuses on the curious story of republicans being dragged through the mud by other republicans, simply because they refuse to take a seemingly easy payoff and that they had the gall to ask where the money was coming from. Most documentaries about politics these days preach solely towards its intended partisan demographic, but Dark Money is the rare example of a film that can cross those increasingly thicker lines with immediacy, intelligence, and well researched facts. 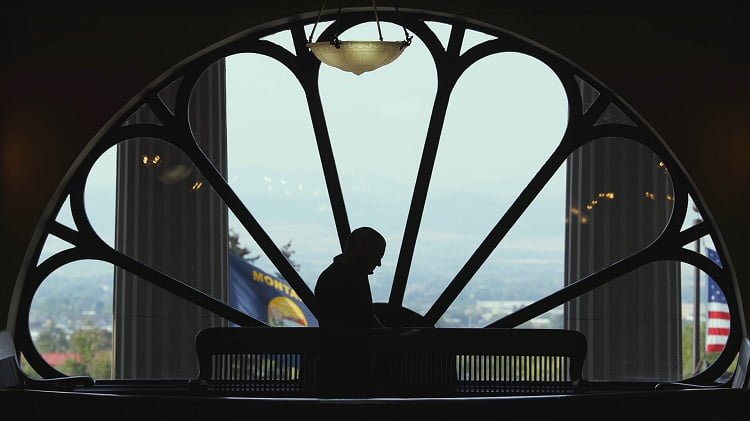 These groups would make themselves known in the fine print of mailers, handouts, and television commercials with seemingly official sounding names like Americans for Prosperity, Western Tradition Partnership, Mothers Against Child Predators, and Montana Citizens for Right to Work, but no matter what issue on a ballot they were trying to skew into their favour, they’re all corporate fronts designed to funnel money at arm’s length into campaigns of politicians who’ll act more favourably to the conglomerates that are secretly behind them. The battle against fake news really begins with these corporate string pullers, who, in many places, also own major media outlets. Reed follows former Great Falls Tribune journalist John Adams as he attempts to untangle the web of corruption facing the people of Montana, but it’s almost soul crushingly difficult to behold.

It’s even worse for lawmakers and regulators to try to hold these shell companies accountable. Money can’t buy wealthy power brokers everything they want, but it buys them a lot of impunity that has only grown more powerful now that the Supreme Court basically stated that corporations have the same free speech and spending rights as average, everyday Americans. The key difference is that you can’t arrest a corporation for fraud, and suing them only emboldens them at worst and gives them a financial slap on the wrist at best. If the unjustly skewed rhetorical rules being employed by corporations as depicted in Dark Money don’t make you angry and concerned, you probably get paid handsomely by such a group to think otherwise or you’ve simply given up any last shred of your morality.

Reed doesn’t have to dig too deeply as a filmmaker to discover these harsh truths about American politics, and she never interjects with her own opinions. The people she talks to in Montana – as well as Colorado and Wisconsin where similar issues have taken root in the courts – are more than willing to pour their hearts and souls into a quest for the truth. Their stories are personal, informative, and frequently emotional. People have had their lives professional lives ruined by outlandish, factless smear campaigns while running for political offices that many everyday citizens take for granted or never pay much attention to. Dark Money reminds viewers that all politics are local, and it’s up to individual communities to fight back against public interests. Naturally, few people who work for shadow corporations are willing to talk, but they few willing to engage with Reed simply throw up their hands and espouse the more libertarian than conservative viewpoint of “that’s the game, so what else are you gonna do?”

Dark Money does get bogged down a bit and somewhat repetitive in its final twenty minutes once the Montana court cases begin their proceedings, but everything that comes before it is one of the year’s more vital documentaries. Accountability for corporate hands in electoral coffers can’t be found without change and transparency. Here’s hoping Dark Money can wake more than a few people up to that fact.

Check out the trailer for Dark Money: