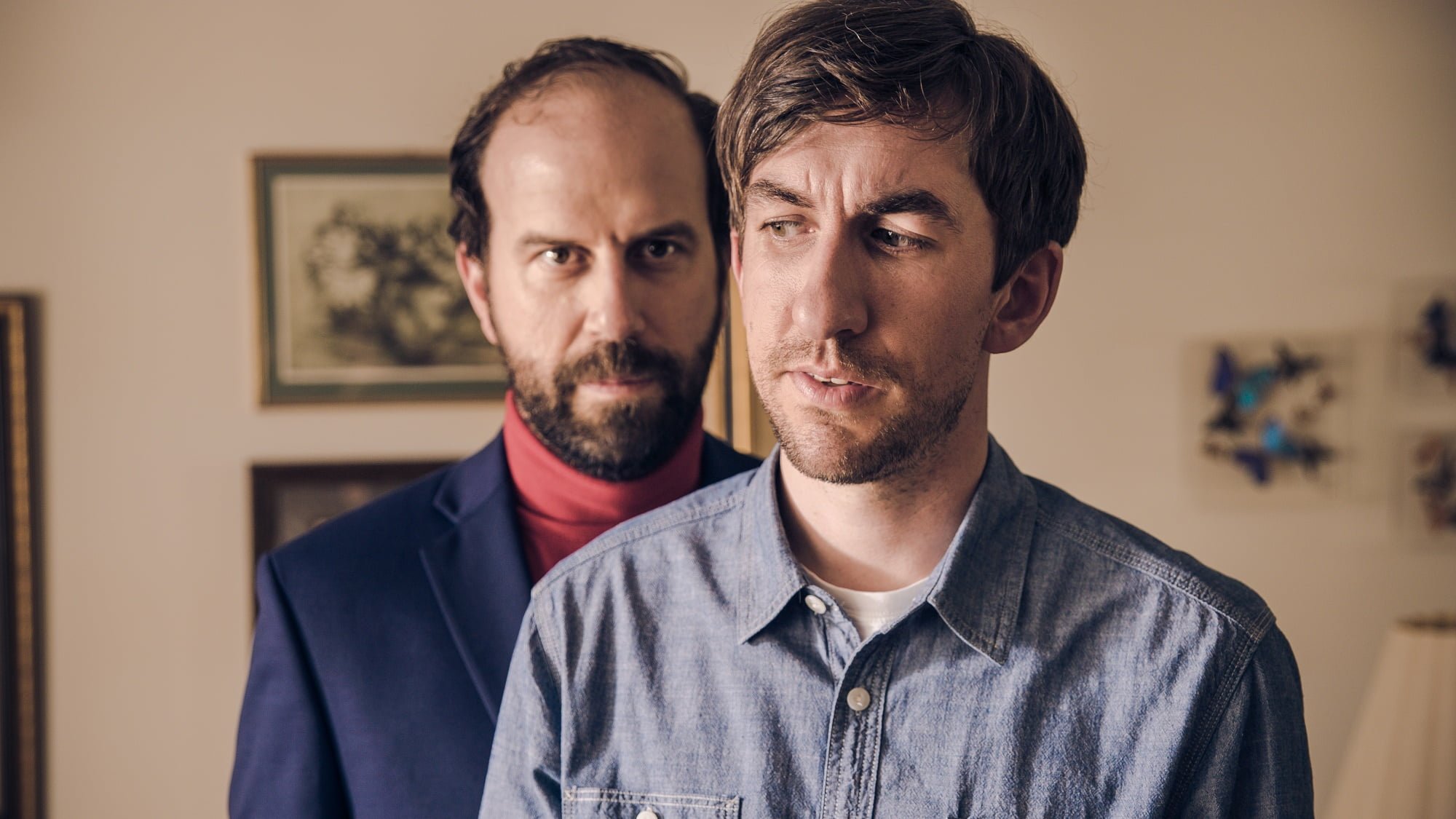 The Canadian comedy Room for Rent is an easygoing, funny, but not altogether complex story of an unlikable, washed up protagonist going head to head with an even more unlikable antagonist in a selfish battle of wills. Favourably recalling comedies of the 90s where entitled manchild doofuses are forced into learning harsh life lessons at the hands of even bigger idiots, Room for Rent has a simple, efficient premise that’s mined for a good deal of hearty chuckles. It’s not a gut-buster, but Room for Rent certainly hits a pleasing, enjoyable comedic sweet spot.

Towards the end of high school, Mitch Baldwin (Mark Little) won $3.5 million dollars in the lottery, and he spent the next decade or so frittering it all away on vanity items, outlandish luxuries, and a bunch of patents, trademarks, and inventions that never went anywhere or paid off. Now in his 30s and living with his parents (Mark McKinney and Stephnie Weir), Mitch refuses to learn from his mistakes. He barely leaves the house (partially because he’s always recognized and harassed for his notoriety and infamy), doesn’t have a job, and he’s been sitting on his latest invention – a heated umbrella – for way too long. When dad leaves his job, Mitch’s parents start looking at cost cutting measures for their retirement, the biggest of which would be selling the house. Mitch freaks out and desperately concocts an idea to rent out one of the house’s spare bedrooms. The room for rent is quickly snatched up by Carl Lemay (Brett Gelman), an overly friendly chap who doesn’t like talking much about his past and is willing to pay in cash. Initially, Mitch’s parents are thrilled with Carl’s politeness and willingness to help around the house, but it’s not long before their son begins to suspect that their houseguest has ulterior motives. Mitch’s gut instincts turn out to be right for a change, and Carl begins to make the former millionaire’s life a living hell.

Room for Rent is the second feature from writer-director-editor Matthew Atkinson, and it feels very much like a debut feature or a simple labour of love. There aren’t any massive or elaborate comedic set pieces throughout Room for Rent. The settings are all either the Baldwin house or nondescript public buildings. They style is static by design. Atkinson has crafted this with a clear knowledge of his budgetary and creative limits. It’s a film that’s been created more as a showcase for the wit of the writing and the comedic timing of the actors than anything else, and by those standards, Atkinson’s work is as sharp as it needs to be.

Little and Gelman are two highly gifted comedic performers who’re given a proper, brightly shining spotlight here. With Room for Rent, they’re both given the chance to play largely unlikable and bizarrely charismatic characters with only a handful of redeeming traits between them. Little’s Mitch is still vain, selfish, and obstinate, but his stay-at-home burnout has a considerable amount of truth to it. There’s a sense that Mitch has learned some harsh life lessons along the way, but he’s never figured out the morals of those teachable moments. He won’t take full responsibility for his past mistakes, and in the film’s best running gag it’s painfully apparent that he sucks at making sincere apologies for any wrongdoing. Mitch’s oblivious dialogue is perfect for Little’s always exceptional turns of a phrase and timing, but the actor also shows that there’s probably a good person still in there somewhere. 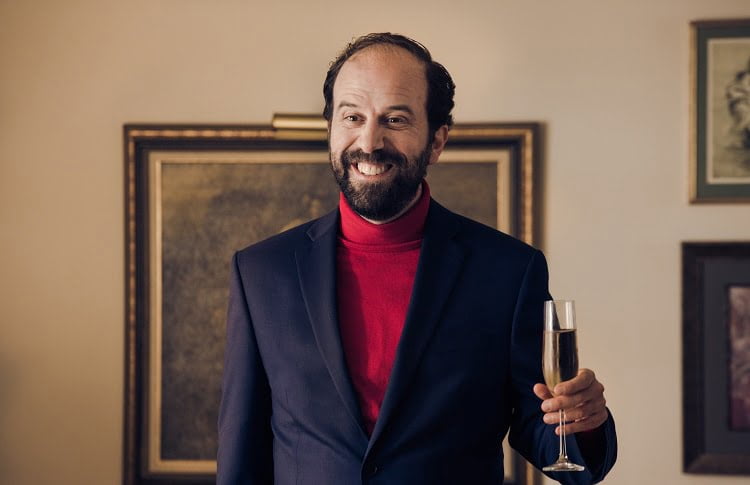 Little’s downtrodden, distrusting egomaniac is the perfect counterpoint for Gelman’s suspiciously peppy and helpful Carl. From the first moment the viewer sees Carl with his hearty, borderline obnoxious chuckle and ear-to-ear grin, it’s apparent that the character is up to no good. Gelman portrays Carl’s biggest weapon in the soon to mount battle of wits against Mitch as a full on charm offensive; the kind of person who’s so brazenly friendly and eagerly willing to help with anything that they’ve got to be evil or manipulative in some fashion. When it comes time for the character to show his darker, more openly malevolent and underhanded side, Gelman doesn’t portray Carl as some sort of criminal genius, but rather as a pathetic sadsack who’s barely capable of staying ahead of his own mounting pile of lies. Atkinson’s instincts to write a less than brilliant villain to go up against his hopelessly flawed protagonist pays off mostly because Gelman and Little are just that great at what they do. They’ve been wonderful in their various film and television roles for quite some time now, and watching them do battle in Room for Rent is delightful.

They’re also surrounded by a talented supporting cast that can go punch for punch with the leads’ comedic timing and strengths. McKinney makes Mitch’s dad into someone who’s one step away from a curmudgeon, but isn’t quite there yet. Weir imbues her character with subtly fed-up notes of passive aggression. Carla Gallo gets a standout role as Mitch’s ex-girlfriend, who’ll reluctantly help him expose Carl as a fraud, getting some of the film’s biggest laughs in the process. Patrick J. Adams has a memorable part as one of Mitch’s more moronic former high school running buddies who’s inexplicably became a police officer. All of them help to prop up Little and Gelman, while further establishing and cementing Atkinson’s well thought out tone.

Room for Rent has a decent concept, a simple formula, and a great cast. Sometimes that’s all a movie needs to succeed. Outside of tipping its hat too early and too obviously about the villain’s true motivations, there’s not much to criticize. It’s a case where good material has found its way into the hands of good performers. There might not be much more to it than that, but it’s definitely fun to watch.

Room for Rent opens at Carlton Cinemas in Toronto on Friday, October 26, 2018.

Check out the trailer for Room for Rent: