Review: In Search of Greatness 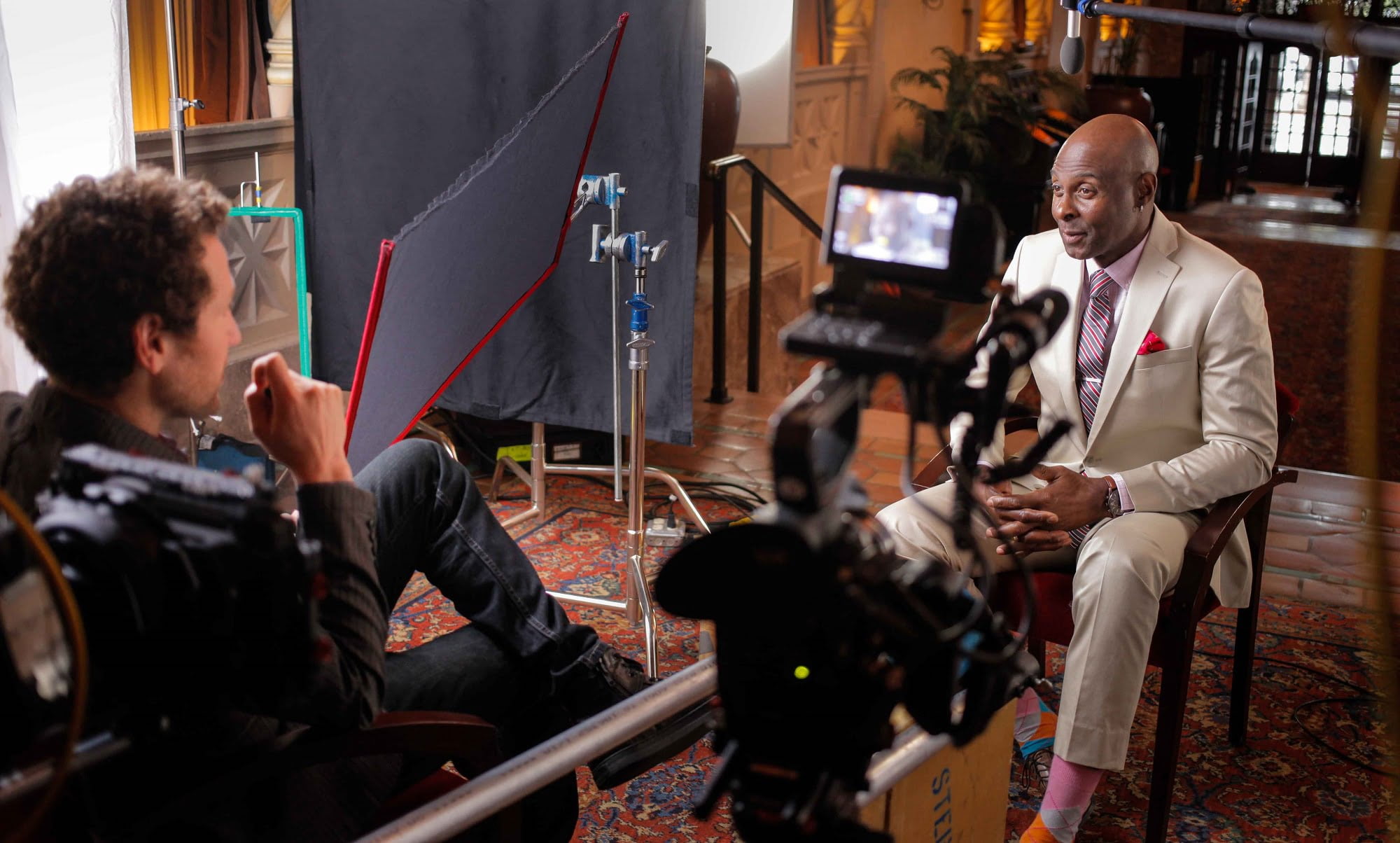 Documentarian Gabe Polsky asks a lot of intriguing questions about the drive, determination, and skill level of athletic overachievers with the playful and thought provoking In Search of Greatness. Almost as long as sporting events have existed, there have always been questions as to what makes a good player capable of competing at a professional level and why some high performing superstars rise above and beyond to become iconic. Polsky (Red Army) and the remarkably small, but well versed interview subjects polled for In Search of Greatness have a number of compelling notions and theories that speak not only to what makes an athlete rise to the top of their game, but also ideas about teaching and mentoring that could be applied to learning outside the sporting arena.

Increasingly, sporting franchises have put plenty of stock – inarguably, too much – into stats and the sort of rigorous, repetitive physical tasks that make the education system’s love of standardized testing for all students so inherently vexing. Athletes can show up for combines where various scouts can see how fast they can run or how hard they can hit, and scouts can travel the world to scope hot young talent while poring over their early career numbers, but what does all of that mean when so many of the best and most celebrated athletes in any number of sports break the by-the-numbers mold that so many franchises, coaches, and general managers unwaveringly follow?

Polsky builds In Search of Greatness primarily around lengthy sit downs with three such elite athletes who wouldn’t cut the mustard if they were measured by traditional, rigid metrics: hockey luminary Wayne Gretzky, soccer deity Pelé, and former San Francisco 49ers wide receiver extraordinaire Jerry Rice. By their own admissions early into In Search of Greatness, they wouldn’t pass almost any of the tests in front of them in a combine setting. Gretzky muses that he couldn’t skate circles around anybody, bench press above his weight, and he wasn’t the most defensive minded player, but he had an accurate shot, exceptional cardio, and great instincts, three facets of his game that no one can ever hope to keep stats for if they tried. Rice never thought of himself as the best, fastest, or biggest wide receiver in the game, and he didn’t even take up the sport of football until grade 10, long after most of his less celebrated peers. Pelé doesn’t see himself as the greatest footballer in Brazil, let alone the world, poignantly speaking about his love for former rival Garrincha, a superstar almost every team passed on because he had a leg so deformed it was a miracle he could walk with it, let alone run for an entire soccer match. They all agree that if one were to look at their skill sets from their early careers in a vacuum and without additional context, none of them would ever be the legends they are today.

The first thing In Search of Greatness looks at, along with the help of a handful of scholars and journalists, is the inability of a statistician to measure intelligence and determination, but Polsky’s only getting started with the myriad of overlooked details that premiere athletes share in common. It’s often ignored by bottom line minded general managers and armchair quarterbacks who agonize over their fantasy drafts how intangible intelligence is in athletics, but there are plenty of other elements – outside of luck, which all three admit to having to some degree – that can take players’ games to another level.

All parties interviewed by Polsky for In Search of Greatness bemoan how parents and modern coaches are eliminating individuality from sports. Gretzky says that he was never forced into playing hockey (since he loved lacrosse and baseball just as much growing up), but that he practiced in an obsessive, but loose fashion all the time because he loved doing it. Pelé and Rice say credit playing among friends in a friendly manner for fostering their desire to stick with the games they loved and to experiment with them. The push towards team fundamentals and drills, in Gretzky’s paraphrased words gained from experience, will often lead to winning squads that are technically sound, but that won’t find a single one of its players progressing to the major leagues. It doesn’t sound like a revolutionary thought to those outside the sporting community to encourage individuality, but to parents pushing their kids harder than ever before to become the next big thing and a picture perfect example of athletic conditioning, such talk flies in the face of established norms. There’s a danger in treating young people like employees, and while a kid can learn a sport better the earlier they’re introduced to it, there has to be a love for the game on the part of the child and that desire has to be carefully nurtured. 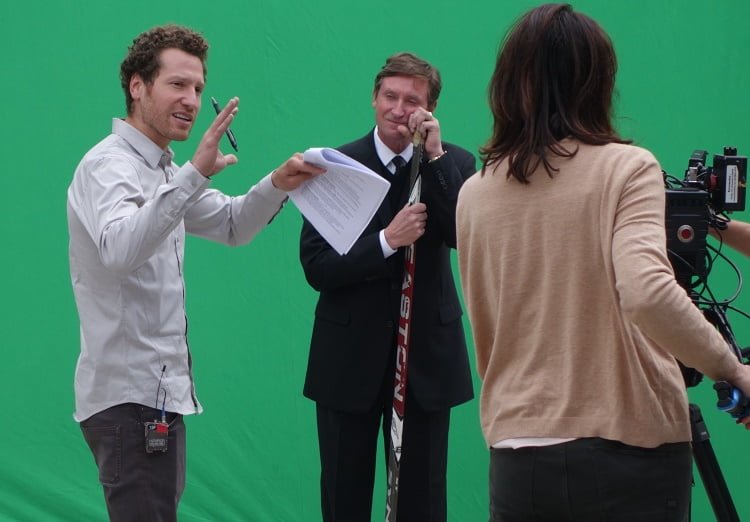 There are some characteristics that most sports stars share. They tend to be obsessive compulsive by nature. They have an addiction to achieve great things. There’s a performative nature to what they do, right down to the way they dress and present themselves. They’re often self-starters and finishers, but they can be great team players when mentored by similarly minded coaches, trainers, and mentors, which can often be the biggest difference between an athlete sticking with a sport or abandoning it to do something else. Quite frequently, in the case of people like Muhammad Ali, John McEnroe, Rocky Marciano, or Venus and Serena Williams, they’re seen as disruptors who change the sport around them for the better. The best athletes can change the course of an entire game, season, franchise, league, or organization, but their talents are honed over a great deal of time.

For all Polsky is making a big deal about the need for individualism in sports, there’s some uneasiness to some of the writer-directors most prominent examples. While Gretzky speaks about his father, Walter, having a relaxed approach to the game, anyone who’s read about the family of hockey playing siblings knows that there’s a bit more going on there that doesn’t fit Polsky’s approach. Similarly, athletes like Tiger Woods and the Williams sisters had rigidly controlled upbringings with parents who pushed them to their limits in sports where individualism is a necessity, so they’re decidedly less than stellar examples of what In Search of Greatness is trying to say about the nature of athletic achievement. If anything, those examples could just as easily refute Polsky’s thesis as much as their on-paper achievements could support them.

Although no one comes out and directly says as much, sports are meant to be fun, and it’s a notion that Polsky keeps unconsciously circling back to throughout In Search of Greatness. The athletes Poksy talks to all speaking lovingly about how their chosen sports challenged their minds as much as their bodies, and that they had the most fun thinking about the strategies they wanted to employ, whether they worked the first time or not. Polsky matches a great athlete’s love of all things playful by producing a slick looking documentary – one that will look pristine both in a theatre and on television – with a handful of purposefully silly asides and references. As an examination of sport a performanced based artform, Polsky makes more than a handful of nods to musical, television, and cinematic popular culture, and while they might come off as somewhat cheeky at first, they genuinely work to support the film as a whole. Instead of sounding like a lecture of a symposium about the insidious nature of statistics, In Search of Greatness achieves the rare balance of giving audiences food for thought inside of a documentary setting without being overly cute or speaking down to the topic at hand.

Polsky’s overall playfulness speaks to the truth and honesty at the heart of In Search of Greatness. Like all of the superstars Polsky profiles here, the film has a confident, reasoned, but gently self-effacing manner. The lessons and ideas contained within Polsky’s film might come with a dollop of sugar on top, but they’re important ones to heed, particularly for young athletes and their parents. While it’s suggested in the film that athletics as a whole might’ve already reached its peak in terms of human performance levels, hopefully In Search of Greatness can be used to make some achieve their hoop, ice, and field dreams in a healthy and constructive manner.

Check out the trailer for In Search of Greatness: