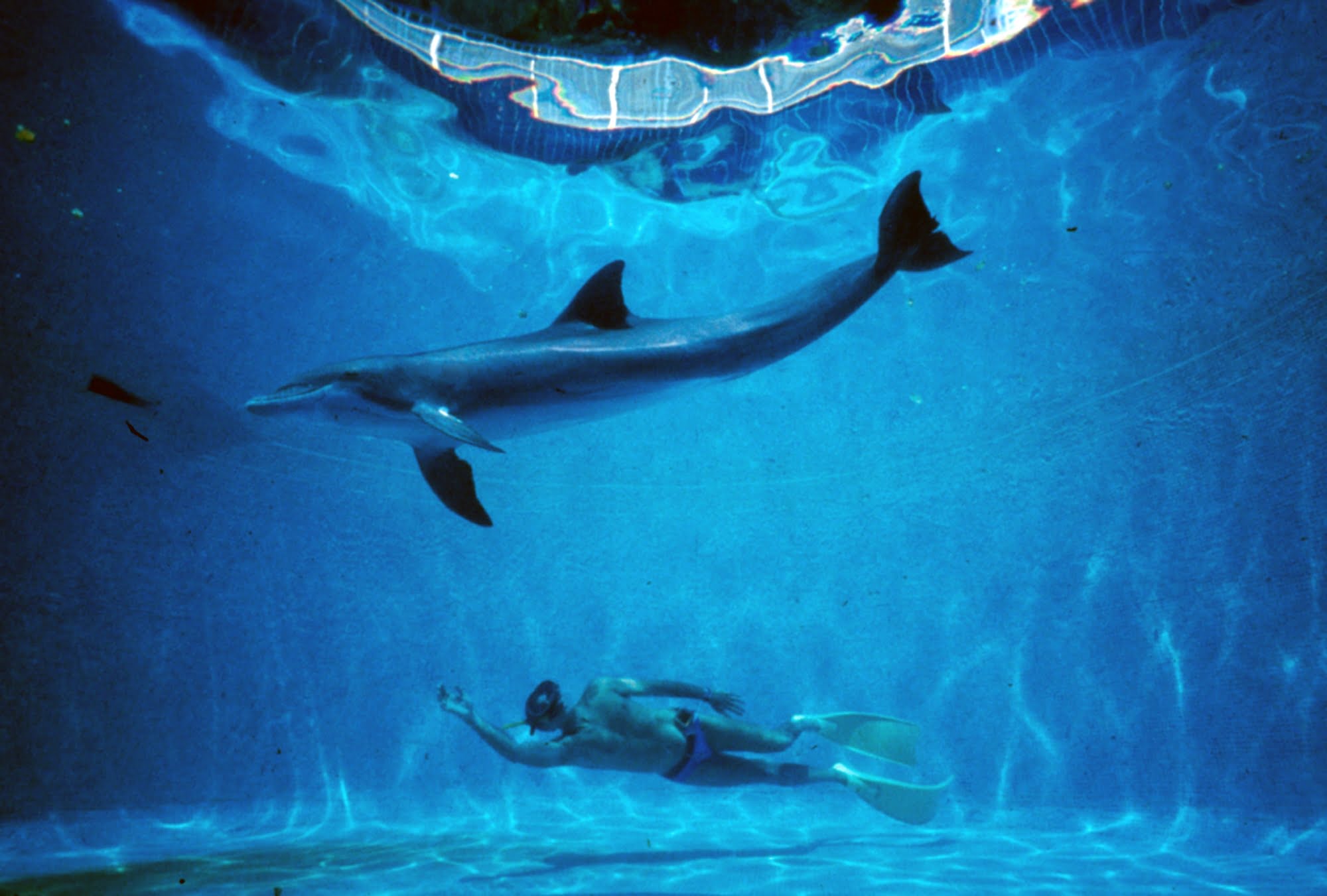 An examination into the life and career of Jacques Mayol, Lefteris Charitos’ documentary Dolphin Man seeks to do for freediving what Free Solo did for rock and mountain climbing. A stunning looking and logically assembled biography about a complex, contradictory, and driven individual who followed his passions the their absolute limits, Dolphin Man exceeds where other films about similarly minded individuals often flounder. Much like Free Solo, Dolphin Man looks beyond the immense and borderline insane achievements achieved by Mayol in his career to look at his sometimes elusive personality and the lifetime milestones that forced him to change and evolve. It’s a great balance of the thrilling and the dramatic.

Frenchman Mayol fell in love with dolphins and the sea at the age of seven, and he would spend the rest of his life trying to live as instinctually and deliberately as the animals that captured his heart. He would become a champion freediver, meaning he would descend to sometimes unheard of depths without the aid of an oxygen tank and only cursory safety equipment. By the 1970s, Mayol was one of the premier names in the sport, becoming the first person to break the hundred metre dive mark in 1976. For a bit of context, such a feet was thought to be exceptionally dangerous only a few years prior when scientists and physiologists believed that even diving to fifty metres would lead to certain death without safety equipment. When one achieves such depths, their heart rate will slow to a crawl and the lungs and brain will be forcibly put into a dangerous, but mellowing state of apnea.

After divorcing his wife and the mother to his daughter (who was understandably upset by dad’s new playboy lifestyle), Mayol would continue to push himself and follow his passions, centering himself through the art of Zen Buddhism. If it wasn’t pleasurable to him, Jacques would avoid it like the plague. His life would become immortalized in director Luc Besson’s French blockbuster The Big Blue (where he was played by Jean-Marc Barr, who narrates Charito’s documentary), and while the attention he got from the movie’s success would initially thrill him, it would quickly grow wearisome, once again tapping into Mayol’s overall distaste for other humans. 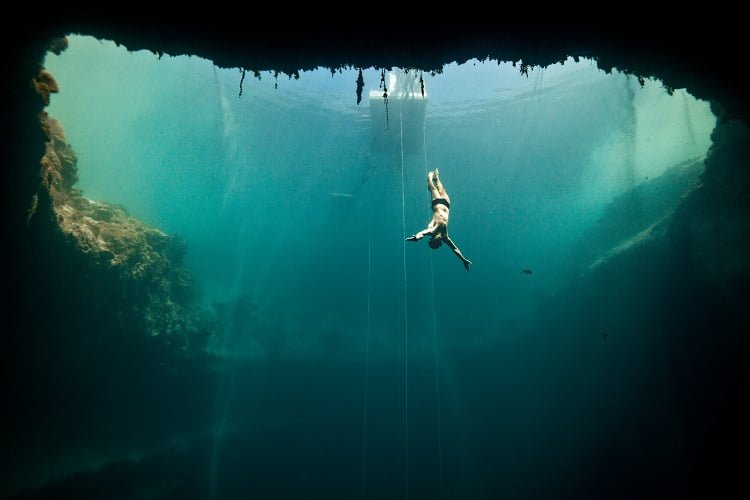 Dolphin Man finds Charitos, making his cinematic feature debut, dutifully and carefully assembling all seminal moments in Mayol’s life along a timeline. Nothing feels overlooked and there are surprisingly few lingering questions about Mayol that remain by the end of Dolphin Man. The pace is brisk, which means that some of the more fascinating aspects of Mayol’s life (his failed marriage, some of his greatest rivalries, his spirituality) are given less screen time than the personal details that mattered most to the diver, but everything still makes it to the screen in less time than Besson’s 1988 film (which is still great) took to fudge some of the most important facts.

Dolphin Man is comprised primarily of narration taken directly from Mayol’s written works, interviews with fellow divers, friends, underwater cinematographers, and Jacques daughter, Dottie, some brief looks at modern divers who found inspiration in his career, and a wealth of archival footage. The sheer amount of useable archival material Charitos has to pull from for Dolphin Man is a documentarian’s dream, and the use of it all is the film’s crowning achievement. Many of Mayol’s greatest successes and failures were captured by intrepid camera crews that were willing to follow the diver almost anywhere. The images achieved are nothing short of magnificent, with some of them standing on their own as brilliant and beautiful time capsules, and others as depicting the terrifying nature of Mayol’s dives, including one moment where he resurfaces at the end of a dive unconscious with his eyes wide open in a state of panic, and another that surprisingly captures the low-key moment his career ends.

The interviews conducted by Charitos help to flesh out Mayol’s uniquely complicated mind-set. Here was a man who didn’t fear death, chased his desires with frequently reckless abandon, loved attention, and rarely trusted the aims of outsiders. He was terrible at communicating with humans, and yet somehow those closest to him always knew what he was thinking. He came alive while diving, in the presence of animals, or whenever he was at the centre of party-like atmospheres, but was reserved and wary at all other times. He suffered an unspeakable, life changing tragedy involving one of his closest girlfriends (one that eerily mirrors a true crime case that has dominated local media in Toronto for the past couple of years), and the success of Besson’s film would quickly become an unwanted burden. These events as recounted by Charitos’ interview segments throughout Dolphin Man align in neat and tidy ways that most documentaries never achieve without feeling reductive. There’s a suggestion that while much of Mayol’s personality was enigmatic, everyone around him more or less saw the same person. Some of them loved him and others were vexed by his actions, but with Mayol, it seems like what you saw was what you got.

Dolphin Man not only looks great for a documentary, but it deftly handles the life of a complex, game changing figurehead with grace and dexterity. By the end of the film, Charitos has give the viewer about as perfect of a character portrait that anyone could ask for about Mayol. In this case, it’s a compliment to say that one wishes the film could be a bit longer.

Dolphin Man opens at Carlton Cinemas in Toronto on Friday, November 9, 2018. There will also be a special screening at The Hot Docs Ted Rogers Cinema on November 9 at 8:45 pm.

Check out the trailer for Dolphin Man: