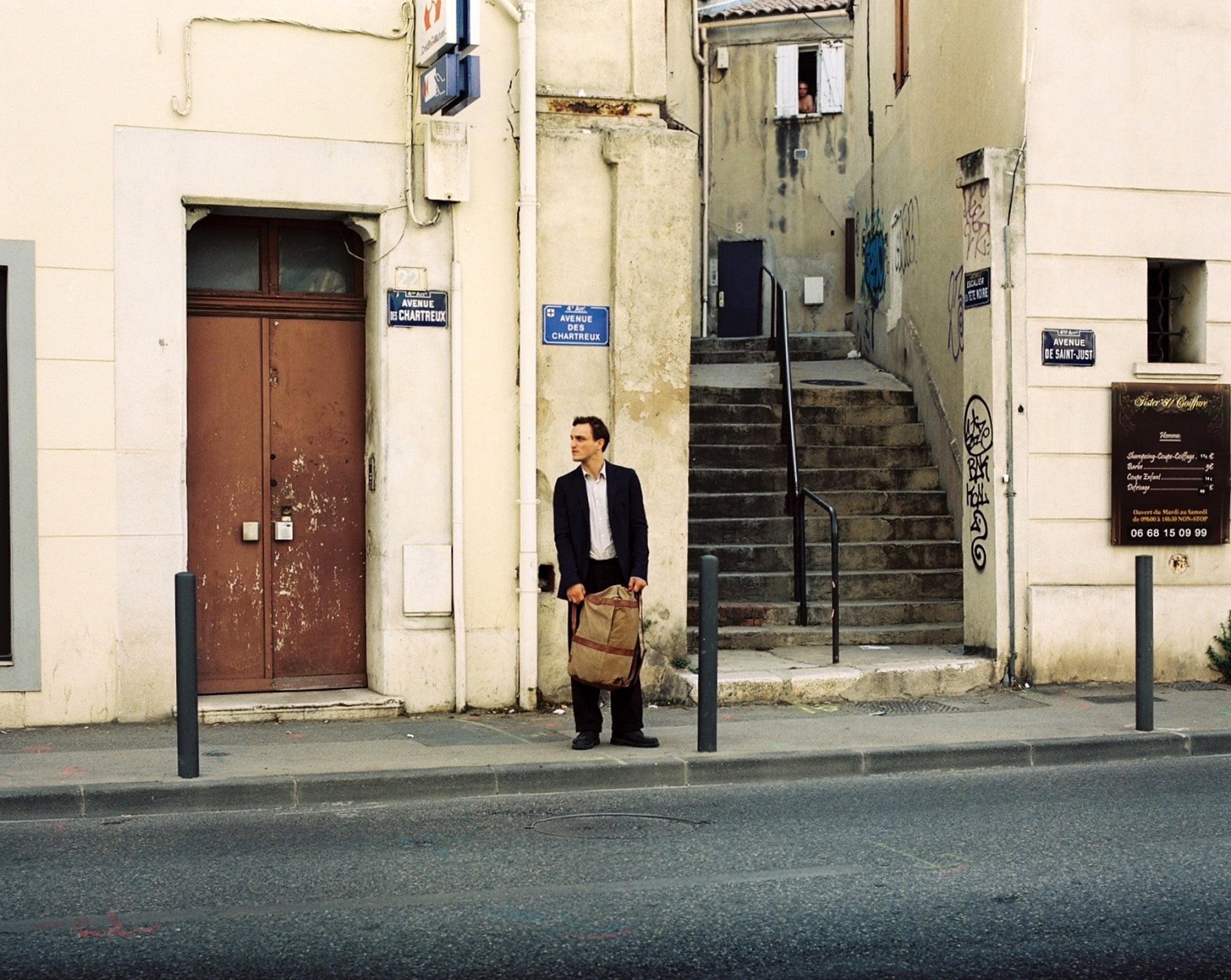 A chilling, innovative, and sometimes darkly comedic look at the rise of modern day fears and the scars of fascism, German filmmaker Christian Petzold’s Transit takes a premise that has been mined in the past with tasteless results and turns it into something immediate and important. Although it’s set in some sort of undefined alternate universe or future world not too far from our own, Transit isn’t science fiction. It’s raw human drama brimming with empathy and a sadly all too plausible concept.

The story unfolds in an occupied France, Marseilles to be exact, and government officials and troops have begun rounding people up and taking them to internment camps. The nature of these invading forces is never fully established, and neither are the cultural identities, races, political leanings or religious predispositions of those being captured, and none of that really matters. What does matter is that the ethnic cleansing is reaching Marseilles where Georg (Franz Rogowski) nervously awaits his fate. Having stalled in leaving the country when previous evacuations opportunities presented themselves, Georg finds himself on the run. Georg finds a way out of his situation when he attempts to deliver a letter to a writer, only to find that addressee has killed himself. Georg notices that the deceased has documentation that could provide for safe passage out of the country. The only catch is that the dead writer had a wife, and questions will naturally be raised if he attempts to complete the transatlantic voyage to Mexico solo. Georg tracks down the writer’s widow, Marie (Paula Beer), who thought her husband had completely abandoned her. Marie has been hooking up with Richard (Godehard Giese), a doctor who might be able to make the passage on his own thanks to his profession, but who doesn’t want to leave his girlfriend. Georg is forced into making a moral decision: does he keep the bill of passage for himself or does he give it to the couple?

The time period for Petzold’s latest isn’t immediately apparent. There are references and nods to things that happened in the 20th and 21st centuries, but there aren’t any computers or cell phones to be found and the only means out of the country is by ship. The production design and cinematography are decidedly modernist, but there are still few visual clues as to when Transit ultimately takes place. The occupying forces also remain largely out of sight and vague. Part of the reason for this is because Transit is writer-director Petzold’s adaptation of a novel by Anna Seghers that was set in 1942. Transit obviously casts itself on some level as a holocaust parable, but the ambiguity imbued into the material by Petzold (Phoenix, Barbara) makes his film far more bone chilling to think about. There’s a sense from the film’s casting that anyone could be taken away at any time. The idea of imprisoning people without reason because of their beliefs or backgrounds has always been an insidious one, but Transit begs viewers to consider how terrifying it would feel if such decisions were made seemingly at random. There’s a metaphorical noose that’s continually tightening around the throats of Petzold’s characters, and Transit makes the viewer feel every uncomfortable inch of it.

Transit is less concerned with its parallels to the holocaust and keener to examine how such things could happen again in age of millions of fleeing refugees, fear mongering, and the rise of the extreme right. The characters in Transit that are attempting to stay one step ahead of this new wave Gestapo look uniformly tired and resigned. The will to fight on is leaving them. The film joins them at a time of tremendous exhaustion. By the time the viewer is introduced to them, they’ve been running or living in hiding for years, and the toll such a lifestyle takes on them is palpable. They’ve been experiencing the pain of losing loved ones or leaving them behind for their own safety. While they’re not alone in their struggle for survival, their lives have become solitary existences. 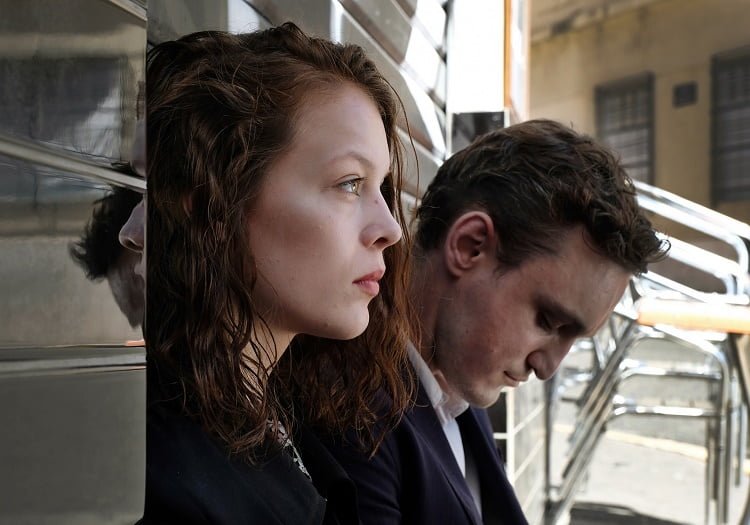 For Transit, Petzold adopts a quicker pacing than most of his other efforts, meaning that the film both feels like a race against a metaphorical clock and a situation where the protagonists are almost too beaten down to ever catch up to the continually shifting world around them. The only character who sounds refreshed is the seemingly omniscient narrator, whose identity won’t be revealed until late in the film, and it makes sense for them to sound perfectly calm (for the time being). Transit is the rare example of an incrementally complicated character drama, breathlessly told.

It could be argued that casting predominantly white European actors in the leading roles makes Petzold’s points about modern day refugee fears a bit too on the nose, but it’s never approached from a place of preaching. Many films in the past, both dramas and fantasies, have attempted to whitewash or imbue Christian parables into similar stories with obvious, leaden, and tasteless results. Petzold gives credit to the viewer’s intelligence, thinking that they’ll be able to pick up on the fact that Transit is a story about ostensibly decent people in the midst of a morally complex and dangerous situation that they didn’t ask for or bring on themselves. There’s no symbolic drum being beaten, but the plea for viewers to realize that many governments around the world might be heading too frighteningly in this direction is palpable in every frame. The terrors at the heart of Transit are disturbing, prescient, and emotionally resounding, and Rogowski (sporting a convincing cleft lip and a lisp) and Beer give riveting performances to match and underline Petzold’s weight material.

If there’s any detraction to be noted about Transit, it’s that Petzold builds to an unforeseen twist that feels more like a caustic punchline than a tragedy. I’m not certain how it was intended to be portrayed, and I can assuredly say that I couldn’t see it coming, but it’s handled almost like a blow off moment, which almost makes everything that came before it feel like a bit of a joke. The effect is certainly gutting, and it makes sense, but after seeing the film twice now, I’m not convinced that Transit ends on a proper note. Denouement aside, Transit remains one of the strongest works from one of the best filmmakers in the world at the moment.

Check out the trailer for Transit: