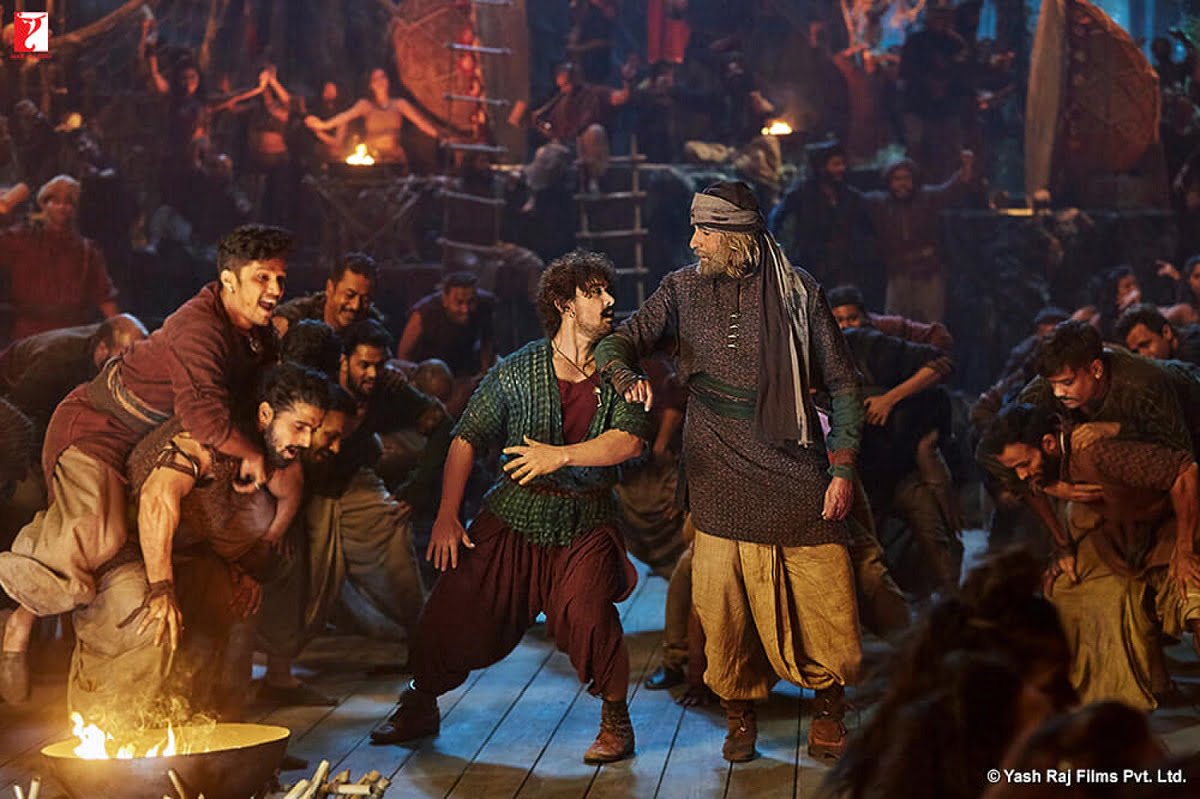 An opulent, but overblown and exhausting Indian blockbuster arriving just in time to kick off the Diwali movie season, Thugs of Hindostan wants to be a swashbuckling epic that’s part pirate movie, part con-man caper flick and part war film. It succeeds at none of those settings because it’s built around a premise that could barely sustain one hundred minutes of screen time, let alone a full three hours. Like many South Asian blockbusters made at such a high level of production and budget, Thugs of Hindostan is getting a relatively wide release across North America, and despite some star power and dazzling effects, there’s little reason for anyone from inside or outside the Indian community to go out of their way for this one. Although it has been taking a critical beating since its release in India earlier this week, there are many things worth liking about Thugs of Hindostan. It’s just a confusing, frustrating slog trying to get to them.

Set amid the backdrop of the Indian fight for freedom against British forces in the late 1700s and early 1800s, Thugs of Hindostan begins with the seeds of a revenge film. After watching her regal family brutally murdered by East India Company forces led by the nefarious white man Clive (Lloyd Owen), heir to the throne Zafira (Fatima Sana Shaikh) has allied herself and begun battling alongside Azaad (Amitabh Bachchan), the leader of a band of freedom fighters. Azaad and his troops have been a constant thorn in the side of the British for years, and as his offensives grow more brazen and deadly, the British turn to a morally fluid and deceptively cunning hustler, Firangi (Aamir Khan), to infiltrate rebel army and act as an informant. Placing money and comfort above all else, Firangi agrees to take the job alongside his alcoholic, astrologically minded sidekick (Mohammed Zeeshan Ayyub), but eventually Azaad’s teachings will have an effect on the con artist’s better nature, leading him to question if doing the most profitable thing will lead to more years of his people being enslaved at the hands of the British.

Written and directed by Vijay Krishna Acharya, who previously worked on the second and third sequels of the popular and fun Dhoom franchise (which is basically the Indian equivalent of the Fast and the Furious movies), Thugs of Hindostan starts off well enough and with an interesting premise, but it’s told with more of an eye for spectacle and almost no ear for human emotion. After the prologue, the film introduces Khan’s overwritten scamp – who looks like a cross between a scrawny Jason Momoa, Jack Sparrow, and a 1920s era carnie – and things slowly start to come off the rails. The fight for freedom by the strong willed Azaad and righteously vengeful Zafira should be enough to sustain an action epic on their own, and Thugs of Hindostan is at its absolute best when the story focuses on them exclusively. Watching them bringing the fight to the British isn’t anything original, but it’s certainly rousing and exceptionally choreographed action where every bit of the film’s elephantine budget can be glimpsed on screen. 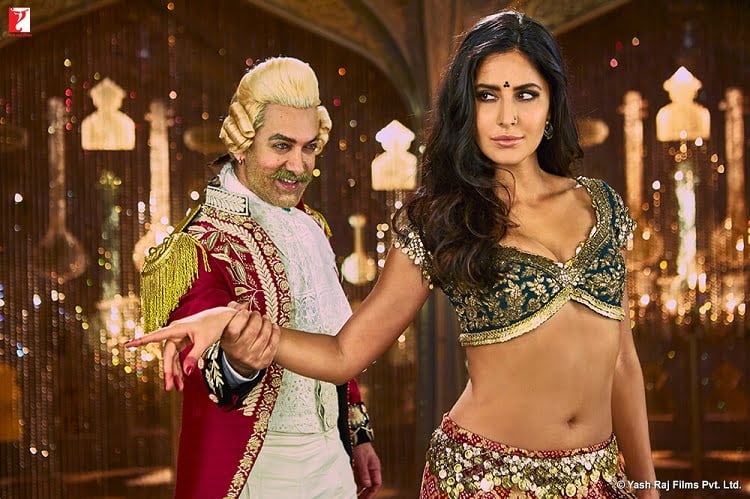 It’s whenever Acharya tries to imbue the film with the lighter comic touches prevalent in most Indian blockbusters that Thugs of Hindostan stumbles hardest. Marketed not only as spectacle but a chance to watch Khan and Bachchan appearing together (who do have fine chemistry, for what it’s worth), it’s only Bachchan who’s able to maintain a sense of dignity here. It’s not that Khan delivers a bad performance, but that Acharya’s overthought and unworkable script has to keep finding ways to keep his impish character morally flip-flopping to massive degrees just to keep the movie going. None of Firangi’s extreme changes of heart are handled organically, and every time he betrays someone, be it the British or the Indians, it smacks of stalling in an effort to pad out the running time. Khan’s too good of a performer to deliver a bad performance, but Thugs of Hindostan forces him into give no less than three vastly different settings to play within the same character, and none of them feel believable or reasoned. For someone who’s made out to be a criminal mastermind, one of the film’s central characters acts more like a narrative wrecking ball than an actually integral figure. Kahn is at his best when the character is at its most serious, and the comedy beats force him to mug within an inch of his life to goose the film’s flatlining pulse.

The problems don’t begin and end with the central characters. The main villain of Thugs of Hindostan is a bland and less than threatening presence who instills more boredom than fear. After an admittedly cold blooded execution in the film’s prologue, Owen’s performance and character turn downright somnambulant. The action sequences are packed with impressive stunt work, intricate sword fights, cannons roaring, bodies hurtling through the air, gunpowder exploding, and raging seas, but they’re in service of a story that can’t make them mean much on an emotional level, and the safety of our heroes are never in doubt. The song sequences (which strands Katrina Kaif in a truly thankless and borderline offensive role as a dancer that Firangi wants to hook up with) are woefully forgettable (especially one invoving a skirmish that Benny Hill would find embarassing), but the score is rather strong. Ultimately, it’s up to Bachchan and Shaikh to anchor Acharya’s ungainly, out of control ship, but neither of them are allowed to make much of an impression throughout most of the film and away from the steamrolling nature of Khan’s character.

At least Thugs of Hindostan manages to give audiences the right ending after a number of unnecessary detours and setback (and despite a sequel set up that feels more like a threat than a promise), and the action sequences are technically marvellous. With a stronger, more reasoned script Thugs of Hindostan might’ve been a crossover success and not a misfire that fizzles out long before the intermission even arrives.

Thugs of Hindostan is now playing in select cities.

Check out the trailer for Thugs of Hindostan: