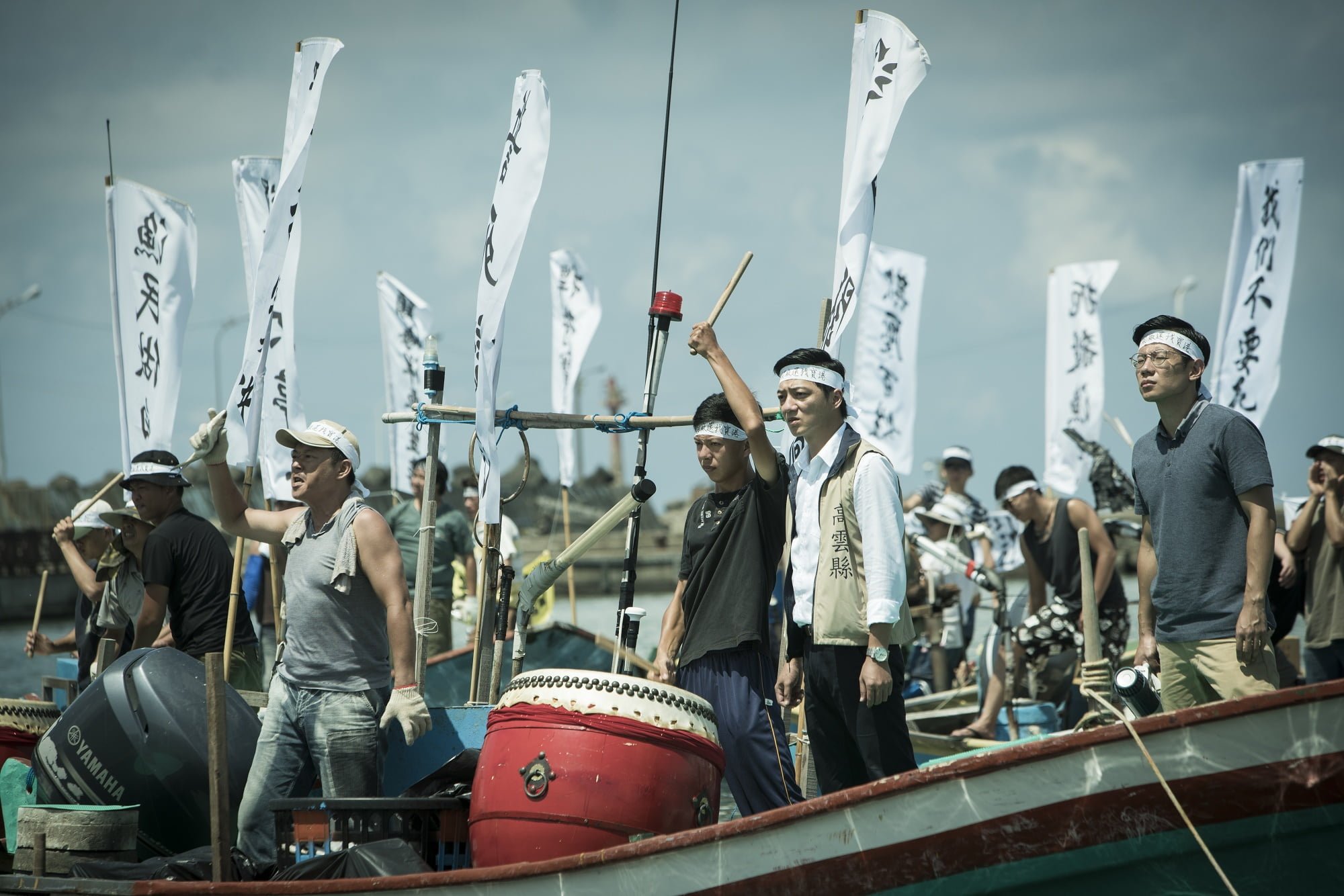 A fifteen year battle between the local fishermen of Baogang Village and a heavily polluted petrochemical plant has reached a boiling point following the election of a new mayor. A clash between protestors and local authorities takes a shocking and tragic turn, however, when a flaming boat piloted by a deceased fisherman careens towards shore. Initially suspected to be a self immolation suicide, the case is handed off to a celebrated medical examiner (Kang Ren Wu) and a local prosecutor (Yi Ti Yao) – who used to be engaged to each other – and they quickly discover things about the dead body that don’t line up with initial assumptions and clues more in line with a vast criminal conspiracy.

High Flash follows the American procedural textbook almost to the letter, but Chuang and his cast handle the sometimes cliched beats with steady hands and great confidence in the material. Chuang’s direction is slick and kinetic without being overly flashy or distracting, and the script from Garance Li-Wen Wang focuses more on well defined characters and how they relate to one another instead of the sometimes obvious twists and swerves. Wu and Yao display great chemistry, intelligence, and poise as the leads, even when the story asks them to act shocked at some of the developments savvy audience members can see coming from a mile away.

High Flash is the type of thriller where – partially by design – the audience will be able to piece together whodunit long before the heroes do. While the mystery elements aren’t all that shocking, High Flash benefits greatly from a righteous sense of social and environmental advocacy, and a daring need to question the motivation of all parties involved in the case. The twists are thinly drawn, but the overall purpose of such a work can’t be denied or understated.

High Flash screens at the Reel Asian Film Festival in Toronto on Monday, November 12, 2018 at 8:15pm at TIFF Bell Lightbox.

Check out the trailer for High Flash: