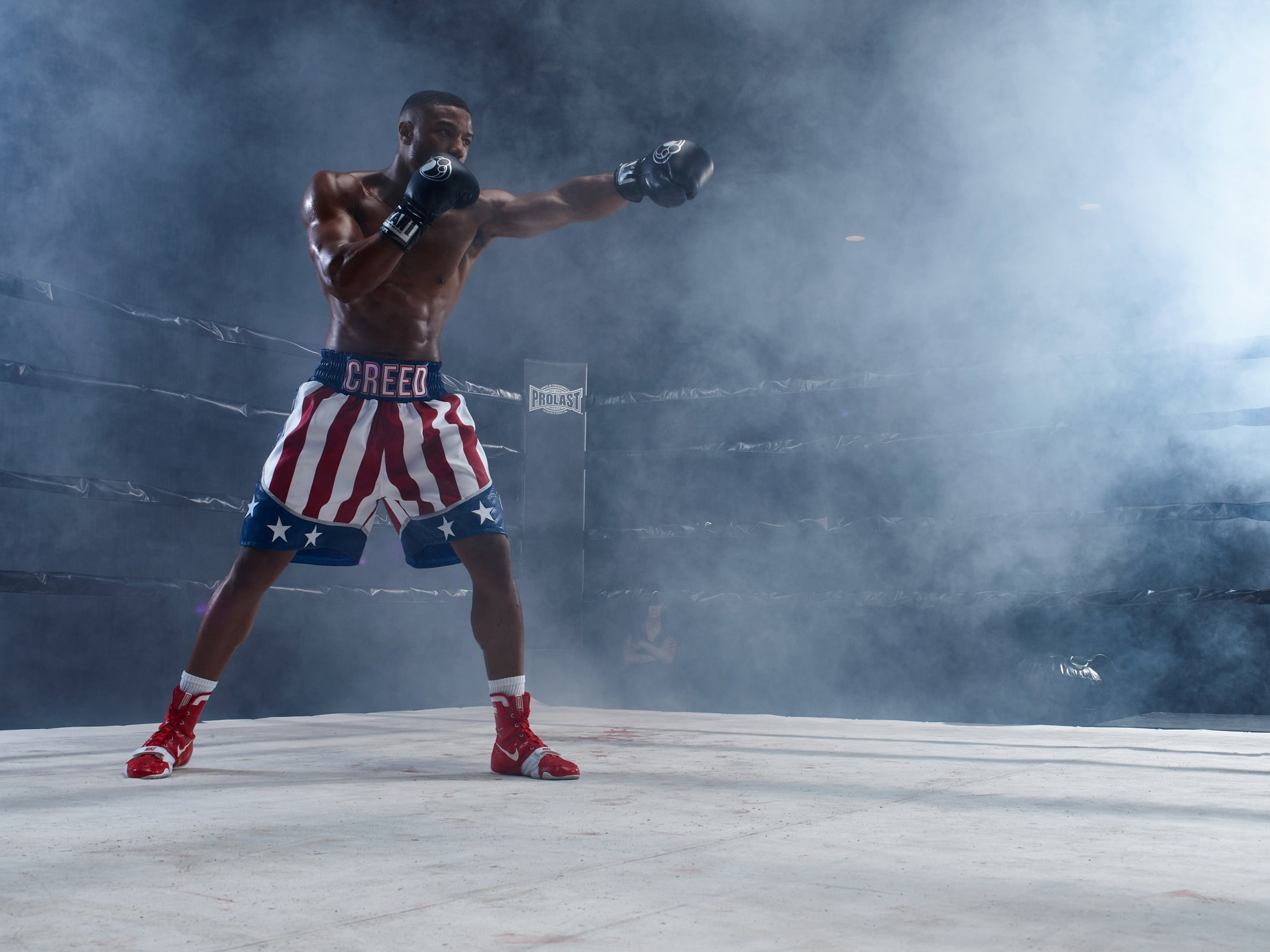 While not as fresh and dramatically satisfying as its predecessor, Creed II is a pretty decent Rocky sequel and a bit of a step backwards for a film about the son of Balboa rival and friend Apollo Creed. More focused on being a crowd pleaser than an updating or overall enhancing of the themes that made both Creed and Rocky great films, this one has a few nice character moments, but it’s mostly a retread of the kinds of cliched narrative plot points and high spots that eventually turned Sylvester Stallone’s biggest franchise into a parody of itself. If the first Creed was like eating dinner at a gourmet steakhouse, Creed II is like spending time at McDonald’s among friends. It’s satisfying and warm, but not something you want to be doing all the time.

Picking up where the last film left off, boxer Adonis Johnson (Michael B. Jordan), has gone on a winning streak, becoming a world champion in the process, holding the same belt defended by his late father, Apollo Creed, and his trainer, Rocky Balboa (Stallone). Professionally, the younger Creed has reached the apex of his sport, and privately he’s gearing up to take his relationship with Bianca (Tessa Thompson) to the next level and start a family. Not long after winning his championship, a dubious fight promoter (Russell Hornsby) finds a way to make some cash opening old wounds. In the Ukraine, Viktor Drago (Florian Munteanu), a young fighter built like a brick shithouse, has been on a tear. Viktor is the son of once great Russian boxer Ivan Drago (Dolph Lundgren). Ivan notoriously killed Adonis’ father in the ring in 1985, but he lost the respect of his country, his wife, and his livelihood after losing a fight to Rocky. Viktor and Ivan see defeating Adonis as a way back into the lives they once knew. Blinded by rage and a drive to accomplish what his father died trying to do, Adonis accepts the fight against Rocky’s wishes.

It has to be said that while many boxing movie fans have an affinity for the ridiculously over-the-top U.S.A. versus Russia cold war trappings of Rocky IV, it wasn’t a particularly great movie. All of the events that lead into Creed II happened during that fourth Rocky sequel, which means that this franchise now has to skip over a couple of entries where Adonis learns more about himself as a person and as a fighter and get straight to the sing-along chorus. Anyone who was intrigued by the prospects for a sequel that were dangled throughout Creed will be disappointed to see that they’re breezed through in the first twenty minutes of this sequel, as if they didn’t mean anything at all. That gets Creed II off to a bit of a false start when coming off something as strong and redefining as the first film, but once this entry starts embracing it’s pandering and obvious aims to rouse a crowd, it does become entertaining.

It’s clear that while stars Jordan, Thompson, and Stallone are returning (as well as increased roles for Wood Harris and Phylicia Rashad as Adonis’ former trainer and mother, respectively), Creed II hasn’t been made by the same writers and director as its predecessor. Indie filmmaker and television veteran Steven Caple Jr. steps into the director’s chair, filling in for Ryan Coogler (who gets an Executive Producer credit on this one), and the script comes courtesy of Stallone and first time screenwriter Juel Taylor, taking over from Coogler and Aaron Covington. Creed II is less concerned about making another great film about a young, black man struggling to shake off his privilege and form his own identity in the shadow of his famous father, and more keen on crafting a revenge fantasy. It’s satisfying to a certain extent, but Creed II feels like it should be the third or fourth sequel to a film and not an immediate follow-up.

There’s an interesting and underdeveloped throughline here involving Hornsby’s well performed, but underutilized snake-in-the-grass promoter, who understands that giving the audience what they want will equate to a big take at the gate. That seems to be the overall aim of Creed II: people with eyes on a picture’s bottom line giving the viewer something they think they want. But just as the fight promoter never questions on whether or not it’s tasteful to backpack off a tragedy, no one involved with Creed II asked if there weren’t better stories to tell instead of the most obvious and sensational one. Even Marvel movies hold such grand showdowns in their back pockets for some time after introducing a new character. 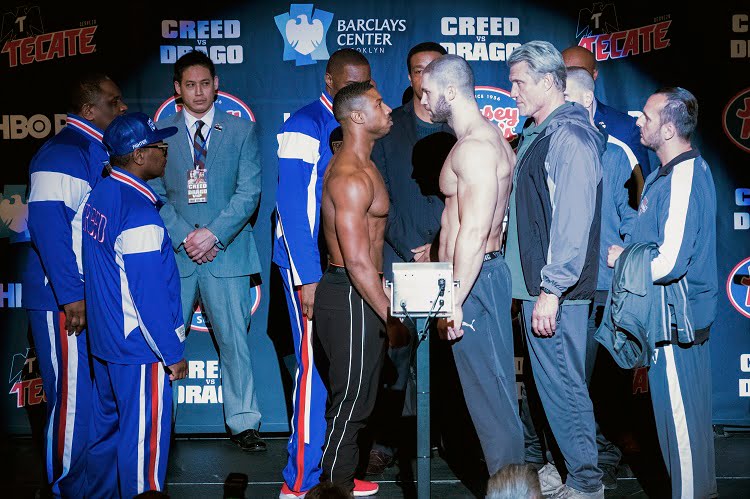 Everything between Viktor and Adonis plays out precisely how one expects it would, and their characters aren’t anything new. We know from the first film that Adonis has a temper, especially when it comes to anyone questioning his professional legacy, but there’s not much more to him here than the character traits that were introduced in the first film. Viktor has been written straight out of a supervillain playbook. He’s hungrier than Adonis, and victory means more to him. Viktor has nothing to lose, while Adonis has everything to lose. Adonis was raised in a loving manner by his mother, and Viktor has become a monster born from his father’s hatred and resentment. Viktor is an unstoppable, brutish, dirty fighting foreigner, and Adonis is the plucky, relatable American babyface. Nothing about their rivalry surprises (especially if you’ve seen any of the Rocky movies and know their clockwork construction), but the boxing sequences between them are sufficiently bloody and captivating, even if cinematographer Kramer Morgenthau isn’t as dexterous with the visuals here as Maryse Alberti was on the first film. Creed II finds co-writer Stallone delivering a bit of old hat. This is a Rocky sequel because that seems to be what Stallone thinks the audience wants.

But amid all the cliches, obvious swerves, and sometimes frustrating loose ends, Creed II remains charming and captivating thanks to its cast. Jordan displays the perfect blend of humility and hubris as Adonis, and although all the lessons the character learns in Creed II aren’t all that surprising, the actor conveys all of the emotional nuances contained within them in a captivating and empathetic manner. If anything has been strengthened here, it’s the relationship between Adonis and Bianca, with Jordan and Thompson expanding upon their natural chemistry as a young couple attempting to plot out their adult lives together. While it’s somewhat upsetting that Creed II initially shows Bianca’s musical career on the rise, only to abandon it around the halfway point in favour of a more maternal role, she still finds ways of stealing the film from her seasoned male counterparts.

Stallone’s Balboa takes more of a backseat here, but still has plenty to do with Adonis’ personal and professional development. It’s not as revolutionary or vulnerable of a turn as the one he gave in Coogler’s film, but it’s fine enough. If anything, the supporting character spotlight that shone upon Stallone in the first film firmly belongs to Lundgren here, who manages to be more menacing and loathsome here than the cartoonish caricature he played in Rocky IV. If anything, Ivan Drago has only grown meaner and more pathetic with age, and I dare say that Lundgren has never given a better dramatic performance than the one he delivers in Creed II. The Dragos are still meatheads here, but they’re determined and dangerous.

There are plenty of messages here about the dangers of equating children’s wishes with those of their parents and how people should question their own personal motivations for doing something, but that’s just the dollar store craft glue holding Creed II together. Instead of an impactful, moving, and well produced drama that just so happened to also be a sports movie, Creed II is a fist pumping, flag waving, cheering and booing rock concert experience that just so happens to have a couple of choice dramatic moments peppered throughout the movie. Creed II is a different beast from its predecessor. It’s entertaining on a very basic and primal level, but disappointing when compared to the original. In short, and to repeat myself, it’s a Rocky sequel.

Check out the trailer for Creed II: