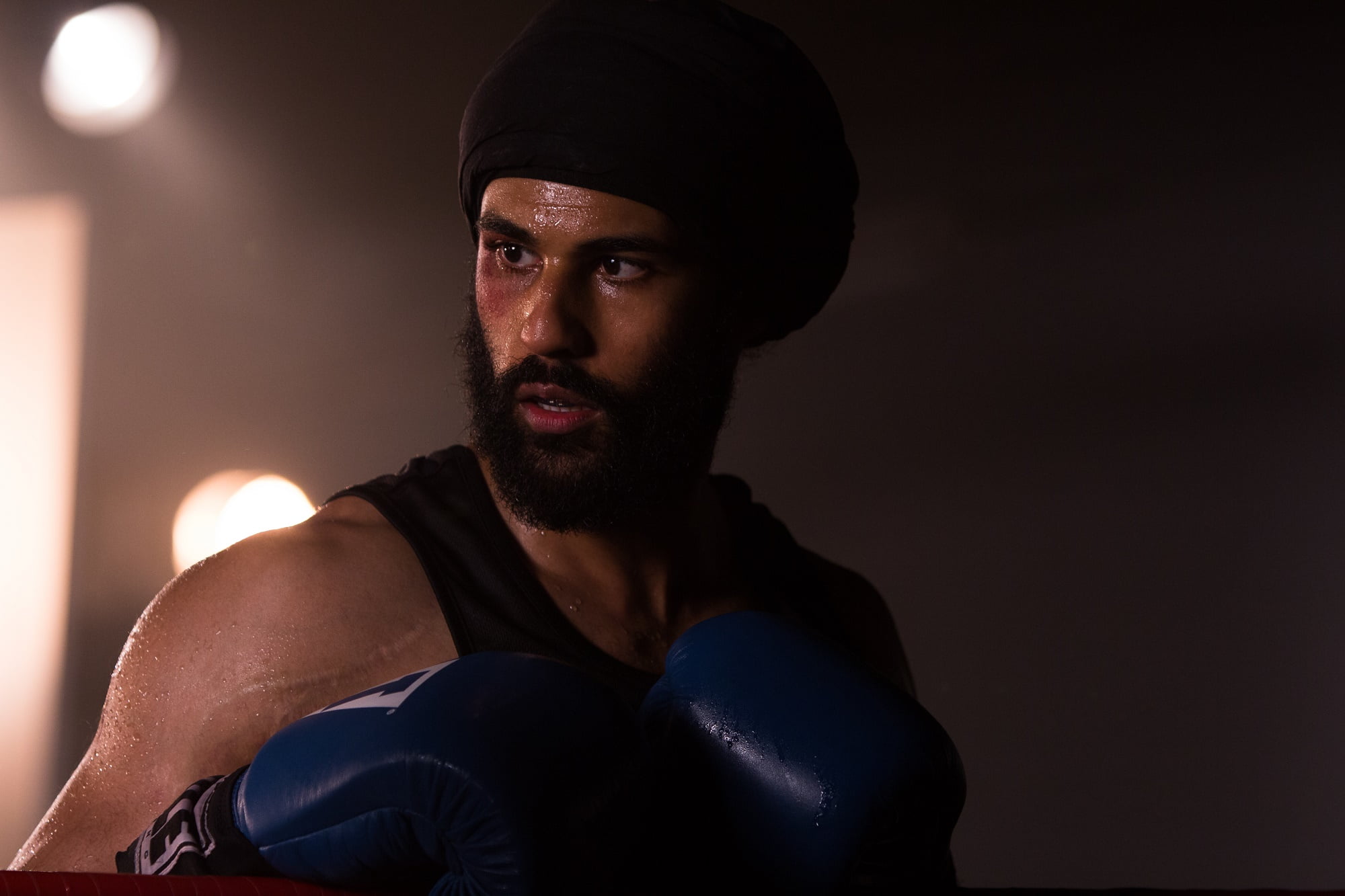 Based on a true story and initially rousing before turning profoundly corny and cliched, the boxing drama Tiger takes a great story of overcoming prejudice and stereotypes and trades it all in for the most simplistic, pandering material possible. Inspired by the struggles of former pugilistic champion Pardeep Nagra, Tiger could’ve blended a traditional, feel-good sports movie narrative with a healthy dose of social and religious commentary. Instead, it’s all rather silly and goofy rather than inspiring.

Struggling athlete and practicing Sikh Pardeep Nagra (Prem Singh) gets kicked off the U.S. national soccer team after fighting with a dirty player who attempted to rip off his turban during a qualifying match. One night while out and about in a depressive funk, Pardeep has a chance encounter with a trainer (Mickey Rourke) who introduces him to the sport of boxing. Finally finding a healthy outlet for his sometimes angry outbursts and frustrations with the world around him, the otherwise friendly and soft-spoken Nagra begins climbing his way through the amateur ranks and into the professional realm. Pardeep’s career is derailed, however, when the boxing commission states that his religiously traditional beard is a “health concern” that can “hide cuts and abrasions” and become hazardous. Knowing that such an antiquated rule is clearly biased and an affront to his religious freedoms, Nagra, his trainer, and his lawyer (Janel Parrish) begin a long, hard fight against the system.

Directed by Alister Grierson (Sanctum) and written by stars Singh and Michael Pugliese, who plays Pardeep’s main in-ring rival, Tiger doesn’t start off with an exceptional amount of originality, but it’s a decent enough set-up; in spite of how the film has decided to play around with the facts of its subject’s life. Pardeep Nagra was a Canadian boxer, but the action in Tiger has been inexplicably and awkwardly transported to Ohio, with the character repeatedly going out of his way to say that he’s a proud American (which is even more curious when notes that the Singh and Pugliese are also Canadians). On top of that, Nagra’s struggles with the boxing commission happened in the late 90s and early 2000s, but Tiger is set in present day. These are interesting and somewhat vexing creative choices, but in the grand scheme of things, Tiger will mount far worse and more unbelievable twists and swerves as it goes on. Some might balk at the changing of Nagra’s nationality and the time period he boxed in as craven ways to court the largest possible audience, but there will be far worse bits of storytelling as the film goes on. 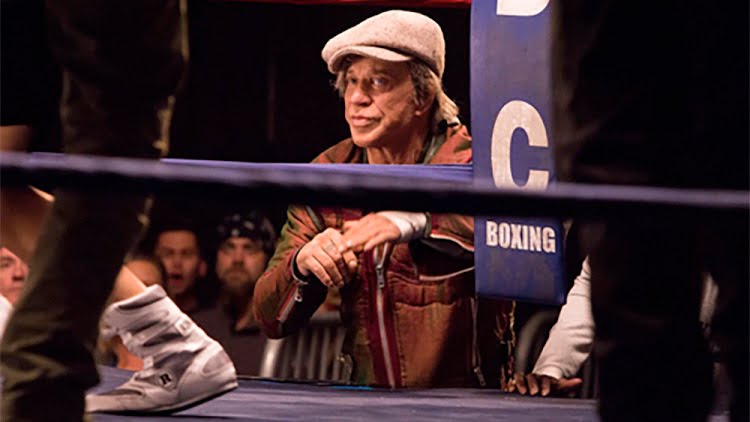 The first half or so of Tiger is a relatively straightforward, well executed boxing flick that looks great and is well performed without necessarily doing anything new or original, despite the film’s unique true life inspiration. Rourke, sporting a glassy eye and always carrying his dog around, has to play the voice of reason to Singh’s hotheaded upstart, and while their dynamic isn’t anything new for a sports movie, it’s serviceable enough. The set-up of the rivalry between Singh and Pugliese’s racially and professionally different boxers has a solid, if predictable construction. The introduction of Pardeep’s legal struggles are also well handled at first, and offers the film it’s single, best moment: a play on the traditional boxing movie montage where the fighter keeps training and warming up in his hotel room while waiting to hear if the courts will let him compete in an Olympic qualifying tournament. At the outset, Grierson, Singh, and Pugliese show that they understand the boxing movie playbook well, and that they respect and admire the struggles that Pardeep went through.

That all comes flying wildly and illogically off the rails once Tiger decides that the legal and sporting drama isn’t enough and that it suddenly wants to be a romance at the same time. A love triangle between Pardeep, his lawyer, and his bitter rival develops, tying everyone – including Rourke’s trainer – together in all too convenient and manipulative ways. Once Singh and Parrish start flirting – with chemistry straight out of a soap opera – Tiger begins backsliding under the weight of its shoehorned, crowd pleasing elements. It’s the kind of script that keeps key character revelations a secret only in an effort to make viewers gasp once they’re revealed (but in reality they’re more prone to groan or chuckle). No one involved here seems to think that Pardeep’s accomplishments and tribulations speak for themselves, and the film quickly starts sinking into a mire of silly speeches, eye rolling melodrama, and a climactic fight that’s unsubtle even by the standards of a Rocky sequel. Even seemingly random asides where Pardeep is accosted by various racists who want him to stop fighting seem contrived. While I’m sure such moments happened, here they feel like excuses to goose the audience once the filmmakers have run out of other ideas.

It didn’t have to be this way. It’s never clear if Tiger was made by people who vainly wanted to insert themselves into a star vehicle based somewhat on a real life figurehead, or it it’s a compromised passion project that bowed to ludicrous storytelling demands in a bid to get made in the first place. If Tiger had stuck to being a single crowd pleasing film instead of three or four different ones at the same time, everyone involved would’ve been onto something.

Few films speak directly to how the “letter of the law” can sometimes be used to reinforce stereotypes and prejudices, and Tiger deserves praise for at least bringing such issues to light in a relatable format and package. It’s not, however, a good movie. It’s unfortunate that all of the most interesting elements of Tiger are shifted to the side for great portions of a film that’s simultaneously and awkwardly trying to cater to American and South Asian audiences, while forsaking the Canadian background of the story and any serious elements of human drama. Tiger becomes too silly and contrived to ever be taken seriously, and hopefully someone else will get another crack at telling Nagra’s story somewhere down the line.

Check out the trailer for Tiger: