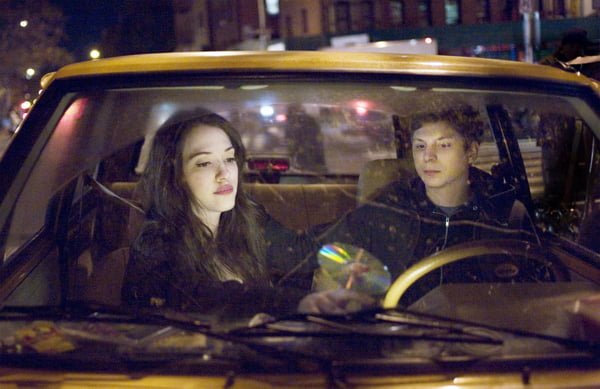 Michael Cera is Nick, a depressed teenager trying to get over his ex-girlfriend when he happens to meet Norah, played by Kat Dennings. Without realizing the two know each other, Norah pretends to be Nick’s new girl in front of Tris (Alexis Dziena), his ex-girlfriend, leading the two on a night of music, mayhem, and unforgettable moments as they dodge their narcissistic, one-time lovers.

Directed by Peter Sollett, who also brought the incredibly vivid film Raising Victor Vargas to life, Nick and Norah’s Infinite Playlist is an undeniably lovable film. Cera and Dennings, not to mention the excellent supporting cast, are a total treat and Sollett never abuses the characters, or the actors for that matter, with the usual lame gags we see in a lot of these made-for-teen movies.

Because of that, Nick and Norah’s Infinite Playlist is a sweet story made for anyone who loves a good heartfelt comedy.

Passchendaele
Canada has a proud and rich story to tell when it comes to our forefather’s contributions during the First and Second World Wars, and in Paul Gross’ epic drama, part of that story comes to life in one of the biggest films ever made in this country.

Set during the First World War, and written and directed by Paul Gross, who also happens to star in the film, Passchendaele follows the 10th Battalion during their struggles at the Third Battle of Ypres, also known as Passchendaele. Gross plays Sergeant Michael Dunne, a battle-worn soldier sent home from France to recuperate in a military hospital. Falling in love with a beautiful nurse named Sarah (Caroline Dhavernas), Michael decides that he has to return to the war when Sarah’s brother (Joe Dinicol) manages to enlist, despite his asthma. Among thousands of men, the two are sent into one of the most hopeless battles – the battle of Passchendaele.

It is a little hard to say if Passchendaele will become a new Canadian classic, but I have no doubt that it will be seen in classrooms for years to come (at least if a few bits are edited). The acting is very good, especially between Gross and his supporting cast, and the cinematography is absolutely stunning.

I will warn viewers that the film is incredibly divisive though. The middle of the film, where Dunne spends time recuperating at home in Alberta, tells a vivid tale of love, and a country dealing with war, but it sticks out at opposite angles from the book-end battle sequences.

Gross’ script is somewhat uneven between these three distinct sequences in the story, but overall tells a compelling story that is worth a watch, reminding us of other terrible sacrifices that have come before us, and the horrors of war in any age.

In terms of the DVD, the film only comes with one feature, but it is a big one. At just under 45 minutes, The Road to Passchendaele explores how the film came to be, including a detailed look at how the filmmakers made the battle sequences look so vividly realistic.

In his latest film, Seth Rogen and Elizabeth Banks star as, who else, Zack and Miri, two desperately broke roomies with no money to pay their bills.

After a series of very unfortunate events, and after the power and water are shut off, the friends come up with one simple answer to their problems: they’re going to make an adult movie together.

Gathering up anyone they can find to help them make their movie, the two friends have to quickly deal with a lot of feelings, especially jealousy, which seem to be butting in on the otherwise fun endeavour.

The only major flaw, also in true Smith fashion, is that the third act is a bit on the weak side. The story goes a little off kilter as Smith falters to complete the story. Because the rest of the film is such a fun ride, this doesn’t exactly ruin the film, but it did feel a little disappointing.

Included on the special edition DVD are multiple extras, including nearly 40 deleted scenes, numerous making-of features, plus a lot more extras. Not all of the features are top-quality, but there are enough extras to suite almost anyone.

Madagascar: Escape 2 Africa
The last time we saw our favorite New York City zoo friends they had escaped the confines of their life-long home and entered the wilds of Madagascar. With the mayhem of handling their wild spirits, the group of friends would eventually decide to leave, only to discover that their boat is out of fuel.

Madagascar: Escape 2 Africa has the group, including Marty, Alex, Melman, Gloria, King Julien, Maurice, and the crazy penguins, finally escaping to wander the wilds of Africa where they discover more of their own kind. Coming from the wilds of civilization, into the wilds of the true wilderness, the group will have to decide if they are more at home with their own kind, or back in New York City.

“There’s a generally more diverting entertainment waddling along the edges of Madagascar: Escape 2 Africa than the larger one lollygagging on screen,” Manohla Dargis wrote in the New York Times. While Robert Wilonsky of the Village Voice wondered if this might be the “funniest movie of ’08,” while saying that it was at least “close enough, for those who don’t mind monkeying around.”

Bill Pullman and Chris Pine star as the father and son duo behind the deeply indebted Chateau Montelena vineyard. Through a plucky Frenchman, played by Alan Rickman, a blind taste-test is devised that will set some of the best French wine against the American usurpers.