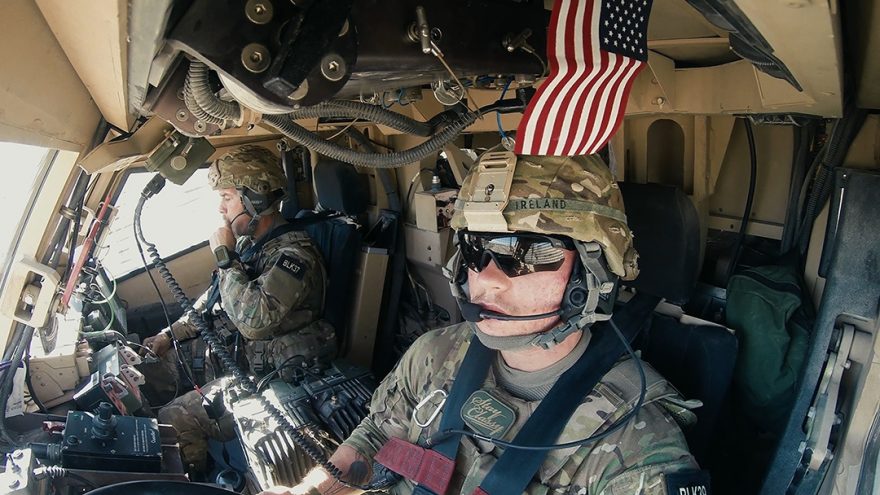 The seventh annual Human Rights Film Festival kicks off this Friday at the Hot Docs Ted Rogers Cinema with a screening of the documentary TransMilitary, an excellent look at the struggles faced by transgender members of the American armed forces.

Since World War II, it was been the policy of the United States military to deny transgender people the right to serve in any capacity. Until the policy was overturned in 2016 (although Trump has been pushing to reinstate it), the military remained the only government agency in the country that still discriminated against hiring transgender men and women. Despite the ban, over 15,000 transgender soldiers are serving in active duty at home and overseas, with untold hundreds and thousands who might still be hiding their sexuality for fear of dismissal. Within the military, it’s clear that the “don’t ask, don’t tell” policy doesn’t extend the same courtesies to transgender soldiers.

TransMilitary directors Gabriel Silverman and Fiona Dawson follow a handful of dutiful soldiers, their families, and close colleagues in arms as they attempt to create an open dialogue about their role in protecting and serving the country. Members of the transgender soldier organization SPARTA are able to successfully gain meetings with top Pentagon brass, and the response seems positive, but not long after they’re subjected to tactics that border on gender reassignment techniques and psychological distress. In Afghanistan, decorated soldier Logan Ireland is hailed by his C.O. and many in his division as an invaluable asset to the team, but back home, he’s treated as if he were a woman and once top brass get wind of his gender identity, they put pressure on those supporting his right to serve. Laila Villanueva found a place in the military that she never thought was possible, working in high level intelligence and participating in missions to take out targets on the middle eastern most wanted list.

TransMilitary deftly documents soldiers that are walking two dangerous mine fields simultaneously. One wrong step in the line of duty, and their lives could end or be changed forever. If they admit to everyone around them their true identities, they might be dismissed or find out rather violently that some of their fellow soldiers aren’t as accepting or accommodating.

Silverman and Dawson don’t need to make any sort of case to prove that these soldiers and advocates are just in their fight for equality. Any military in any country would be proud to have fighting men and women as dedicated and patriotic as those profiled in TransMilitary. It takes a special sort of human being to address their sexuality and gender identity with honesty, and it takes just as brave of a person to step into the middle of a firefight in a war zone. Silverman and Dawson spend so much time with their subjects and those around them that they begin to feel like family to the viewer, and family, friends, and country are definitely worth fighting for, especially when it comes to the repression of basic human rights.

Check out the trailer for TransMilitary: