Review: You Are Here: A Come From Away Story 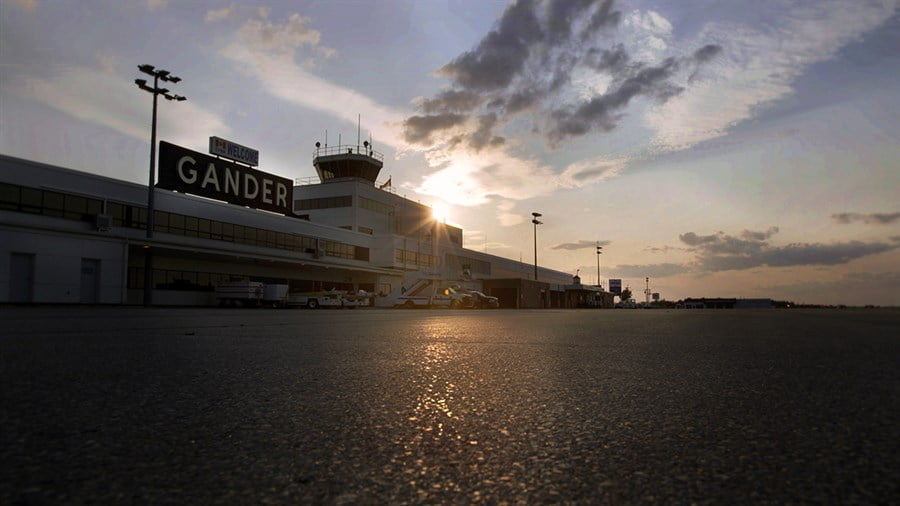 A moving look at the generous and tireless Canadian men and women who tried to turn some of the darkest days in world history into something a bit more comforting and life affirming, the documentary You Are Here: A Come From Away Story gives the people of Gander and surrounding Newfoundland communities a proper, intelligent, and thoughtful tribute. Although the efforts of Gander and the towns surrounding it in the wake of the 9/11 terrorist attacks have been forever memorialized in the award winning, box office smash Broadway musical Come From Away, You Are Here looks a lot more closely and realistically at the enormous task they faced and the selfless charity it took to watch over thousands of stranded travellers.

Going into September 11, 2001, the biggest issue facing residents of Gander, Newfoundland was a school bus driver strike. As the morning would progress and unprecedented terrorist activity would cause thousands of citizens and first responders to lose their lives when hijacked commercial aircraft struck the World Trade Centre in New York City, Gander would quickly develop other concerns. With all air traffic into and out of the United States suspended, 38 airplanes carrying over 6,500 passengers from all over the world were forced to make emergency landings in the small community. While, historically, Ganderites are no strangers to taking in wayward travellers and shipwrecked sailors (by virtue of the fact that it’s the easternmost point in North America, and therefore closest to Europe), no one could’ve been prepared for an influx of people who were essentially refugees for nearly a week in their town. After passengers were kept on the tarmac for upwards of twenty-four hours while airlines and U.S. officials frantically tried to figure out what to do, the residents of Gander and surrounding townships began a large scale relief effort designed to make everyone as comfortable as possible.

The musical version of these events from Irene Sankoff and David Hein make these events seem like a bit more of a cathartic party where everyone was invited to take place in an old fashioned east-coast hootenanny. While residents were keen on showing these traumatized, confused, and stranded travellers as good and hospitable a time as possible, the reality, as depicted by director Moze Mossanen (My Piece of the City) in You Are Here: A Come From Away Story, was far more fraught and complicated. If the musical was a testament to human kindness triumphing in times of unfathomable hardship, You Are Here: A Come From Away Story is a more detailed look at the enormous amount of work that goes into such an immense and slapped-together emergency operation. 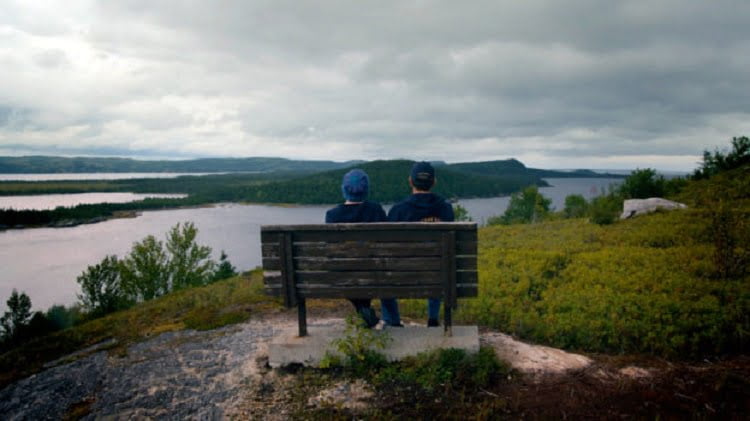 You Are Here: A Come From Away Story looks at the details of Gander’s story that often go overlooked in favour of more personalized details. While Mossanen interviews a fair number of travellers, community members, journalists, politicians, emergency workers, and airline industry professionals to get a sense of their emotions, feelings, concerns, and responsibilities across those five unplanned days in Newfoundland (with locals filmed in their usual homes and haunts, while the “come from aways” are in more static settings), You Are Here: A Come From Away Story is more interested in how everyone was able to pull together and make everything happen on scant notice. Gander, like the rest of the world, was unprepared for a man made disaster on the scale of 9/11, and in hindsight, the efforts of all involved might’ve been imperfect given the circumstances, but they were nothing short of miraculous when one takes it all in as presented by Mossanen. Glimpses of footage shot by passengers on that fateful day effectively capture the chaos of the situation, lending more weight to the stories once the film starts giving more specific examples.

While shelter, beds, fostering a sense of hospitality, and feeding thousands of unplanned guests were obviously concerns, there was much more to the Come From Away story that’s often taken for granted. How does one herd together thousands of confused, frightened, and understandably disoriented people and get them from place to place? What do you do when your main emergency shelter at the local school can only hold approximately one-tenth of the passengers? What do you do when one of the grounded flights was carrying terminally ill Make-a-Wish children who might need to keep their spirits higher than many of their adult counterparts? Dietary needs, language barriers, caring for animals (including rare monkeys), setting up computer banks for communication purposes during a time when the internet wasn’t as omnipresent, procuring fresh fruits and vegetables, and converting the local hockey rink into town’s largest cold storage centre were just a handful of problems the Newfoundlanders needed to solve, and they had to do so while exhausted and running purely on adrenaline and instinct. It’s hard not to be moved by the stories and experiences shared throughout You Are Here: A Come From Away Story, and ultimately Mossanen’s film holds just enough catharsis as the stage show, albeit with far more factual and logistical insight. Anyone who marveled at the enormity of Gander’s efforts before will have their eyes and hearts opened further by Mossanen’s documentary.

It’s understandable that Mossanen would want to touch on the writing and creation of Sankoff and Hein’s world-conquering musical, but You Are Here: A Come From Away Story more or less wraps up in a logical and well constructed fashion after an hour. The final twenty minutes feels like feature-length padding that isn’t entirely necessary, even if some of the stories are still moving human interest pieces surrounding specific individuals being profiled and the juggernaut musical. It starts to feel like Mossanen is searching for a grander ending to tie into the story’s pop culture notoriety when there was already a low-key and poignant conclusion already in place. Thankfully, Mossanen does arrive at a tremendously and naturally tear-jerking end point with some Gander residents travelling to New York City to interact with the unseen American counterparts they never knew they were helping and comforting with their actions. That’s a heck of an ending, but I’m not sure if the fifteen minutes or so that come before it are all that effective.

Nonetheless, You Are Here: A Come From Away Story – much like its toe-tapping counterpart – is a hard film to be cynical or critical about. It’s a documentary that makes the triumph of the human spirit look appropriately and realistically like a lot of hard work. It’s a feel good story of healing and overcoming fear that simply needs to stick to the facts in its bid to move the audience. It’s a strong testament to the men and women who tried to make the world a better place in one of its saddest moments.

You Are Here: A Come From Away Story opens at The Hot Docs Ted Rogers Cinema in Toronto on Sunday, December 16, 2018. It’s also currently available to watch on Crave TV and the Crave TV app.

Check out the trailer for You Are Here: A Come From Away Story:

Moze MossanenYou Are Here: A Come From Away Story