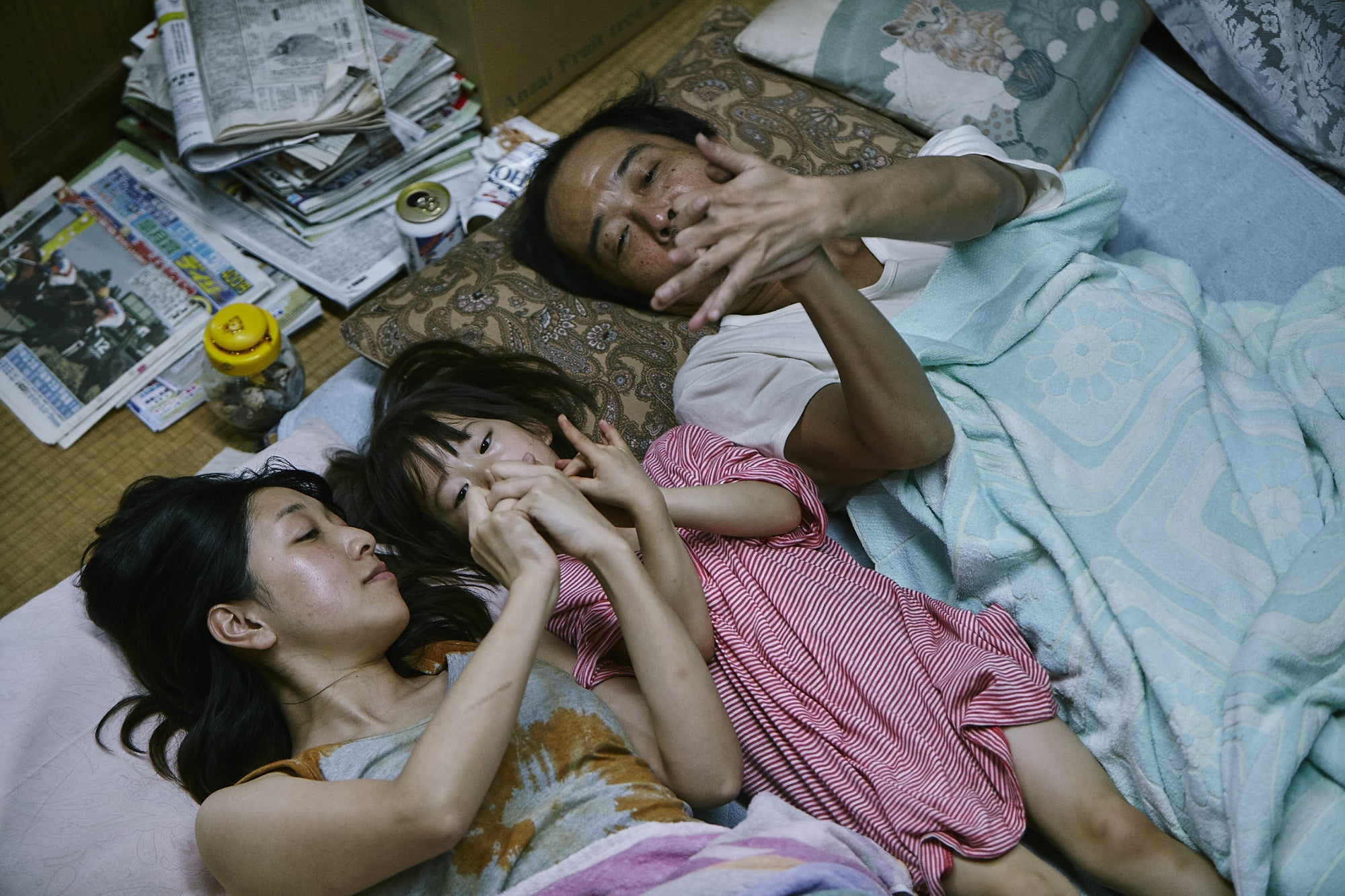 The second masterpiece to see release this year from esteemed Japanese filmmaker Hirokazu Koreeda, Shoplifters is a meditative, detailed reflection on family and morality. Delicately written and directed by the same filmmaker responsible for Like Father, Like Son, Our Little Sister, and After the Storm – all of which also spoke intelligently and carefully about various, atypical familial units – Shoplifters never judges or theorizes about any of its characters. It’s a film about complex people in difficult, emotionally draining situations that still somehow find ways of getting through the day with their sense of compassion and overwhelming love intact.

Koreeda’s recent films have all functioned on some level as unflinching, but positive depictions of everyday life, but Shoplifters is the most socially conscious and relevant work of the Japanese auteur’s continually evolving and strengthening career; solidifying his status as one of the absolute best filmmakers working today. While many industry experts were surprised when Shoplifters won the coveted Palme d’Or at Cannes earlier this year, it’s Golden Globe nomination for Best Foreign Language film and its recent inclusion on the shortlist of selections for the same category at the Oscars are probably more expected. No matter the number of accolades and awards Koreeda’s latest racks up, it’s deserving of every one of them, which says a lot when one considers how 2018 has been a phenomenal year for international cinema.

Underemployed and living well below the poverty line, father Osamu (Lily Franky) and mother Nobuyo Shibata (Sakura Andô) turn to petty larceny and scams to help provide for their son, Shota (Jyo Kairi). They live in close, cramped, unmanageable quarters with their financially providing grandmother, Hatsue (frequent Koreeda collaborator Kirin Kiki), who has a scam of her own going; collecting the pension of her long deceased husband. Nobuyo’s sex worker younger sister, Aki (Mayu Matsuoka), helps whenever possible, but most of the family’s food supply and material goods come from the family working as a tandem shoplifting team, where one person will provide a distraction or act as a lookout inside a shop while the others conceal goods and walk out without detection. They’ve become rather good at what they do, and they have few other tangible options for living functional lives. To make matters worse, Hatsue’s landlord suspects that something is up and too many people are living in her unit. Things grow more complicated for the family when Osamu and Shota come across a toddler, Juri (Miyu Sasaki), who has been locked out on her parents’ balcony on a cold winter night, wearing nothing but her pyjamas. Osamu makes the decision to rescue the kid, bring her back to the safety of their place, and figure out what to do later. When Osamu and Nobuyo suspect that Juri comes from an abusive household, the welcome the young child into the family as if she were one of their own.

Across his career, Koreeda’s films have always highlighted love and understanding as the most important factors that should contribute to a person’s morality, and almost all of his stories deconstruct hard and sometimes harsh social constructs that seem to discount or contradict such feelings. What makes Shoplifters such an important and timely reflection of such themes is that it has been made for a world where the cost of living – and by extension the cost of empathy – has risen exponentially and to degrees that many working families find unattainable. From a cut and dry perspective and a moral high ground that few can afford to live on these days, the Shibata family is consistently engaged in criminal activities that bring children into their schemes. While the privileged elites of the world would tell all of these people to get jobs, get off assistance programs, and stop stealing, Shoplifters outlines how such judgmental advice is easier said than implemented in some cases. Osamu and Nobuyo are just as frustrated with their situation as anyone who might want to look down upon them, but while some might sneer upon their family with derision, their love for each other is strong and unwavering. Koreeda makes it subtly known from the start of Shoplifters that a legal reckoning for the Shibatas is inevitable, but the love and compassion these characters have for each other and the world around them remains unwavering. 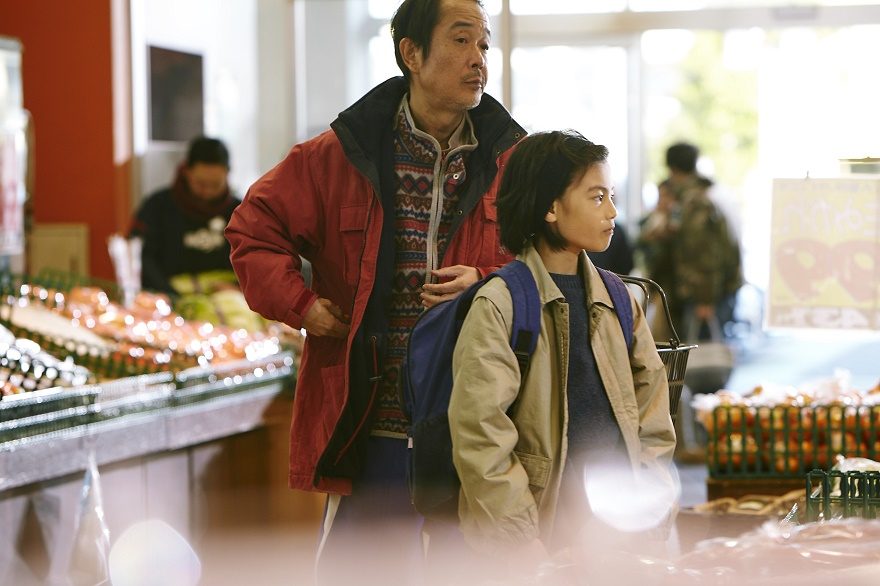 Shoplifters isn’t another tired and slight story about how we choose our families and who we let into our lives. It’s about people who can give and show love despite not having any material goods or skills to give back. Osamu and Nobuyo might operate outside of established socialist and capitalist norms, equally, but they understand what it takes to raise a child and make them feel worthy, even if Shota is growing increasingly wary of his family’s exploits. These aren’t successful people, and they could easily become hardened and cynical, but they’re so enamoured with life and living that they’ll even become an unlikely cheering section for something as seemingly insignificant and unremarkable as a cicada grub. In the absence of privilege, the characters of Shoplifters are better able to see and adore the world around them. They have worries and concerns that they deal with head on, but they also value the smaller moments that resonate more inside their hearts.

Koreeda also crafts an important depiction of parental attentiveness. Is it better for a wayward and potentially abused child to fall in with a band of thieves who will provide for her and show the young one kindness, or should she stay with a family that can’t even be bothered to file a police report saying that she’s missing until long after she’s been gone? The empathetic answer to that question is a simple one, but the issues of morality that Koreeda raises throughout Shoplifters will provide the film with a lot of necessary tension as the Shibatas are increasingly blocked in by circumstance. The seeds are planted throughout Shoplifters that harsh consequences could be on the horizon for Shota, Osamu, and Nobuyo, but it takes almost a full hour of elaborate, emotional scene setting for any major conflicts to arise. Koreeda’s approach to character and setting is far from boring or implausible, and so richly sketched and paced that the plot feels like brief and sometimes sudden transgressions into the lives of everyone involved in the story.

Visually and narratively, the world of Koreeda’s Shoplifters isn’t a bright and colourful one. The days are cold, and the downpours are torrential. The characters, their loves, and their lives are complex, but their inevitable consequences exist in a world where law is followed to the letter and emotional context isn’t a defense. In many ways, the atypical chilliness exhibited in Koreeda’s departure into darker material earlier in the year with the courtroom drama and mystery The Third Murder (an exceptional and curiously misunderstood film) now feels like a test run for what he’s doing with Shoplifters. Both films are musings on how many laws, while necessary, often stand to protect establishments, the comfortably wealthy, and the political status quo. There’s a darkness to Shoplifters that suggests Koreeda could be entering a new phase in his career and treading further into murkier moral waters, and it’s a project that reaffirms the writer-director’s status not only as an entertaining and crowd pleasing filmmaker, but as a gentle auteur who’s more concerned with people than aesthetics.

It should also be noted that Shoplifters is the best example of a film in what I like to call the “feral parent” subgenre, where parents with dubious social graces, unflappable beliefs, and fluid morality inspirationally teach their young charges important life lessons with their shenanigans. Koreeda’s latest isn’t openly courting belly laughs or rivers of tears, but it also isn’t going out of its way to be precious or precious. If Shoplifters had been made by almost any other filmmaker in the world, it could’ve been a maudlin debacle. In the hands of Koreeda, it’s one of the finest and most genuinely moving motion pictures of the year.

Shoplifters opens in Toronto at TIFF Bell Lightbox, Cineplex Forum in Montreal, and Cineplex International Village in Vancouver on Friday, December 21, 2018. It expands to additional cities throughout the winter.

Check out the trailer for Shoplifters: