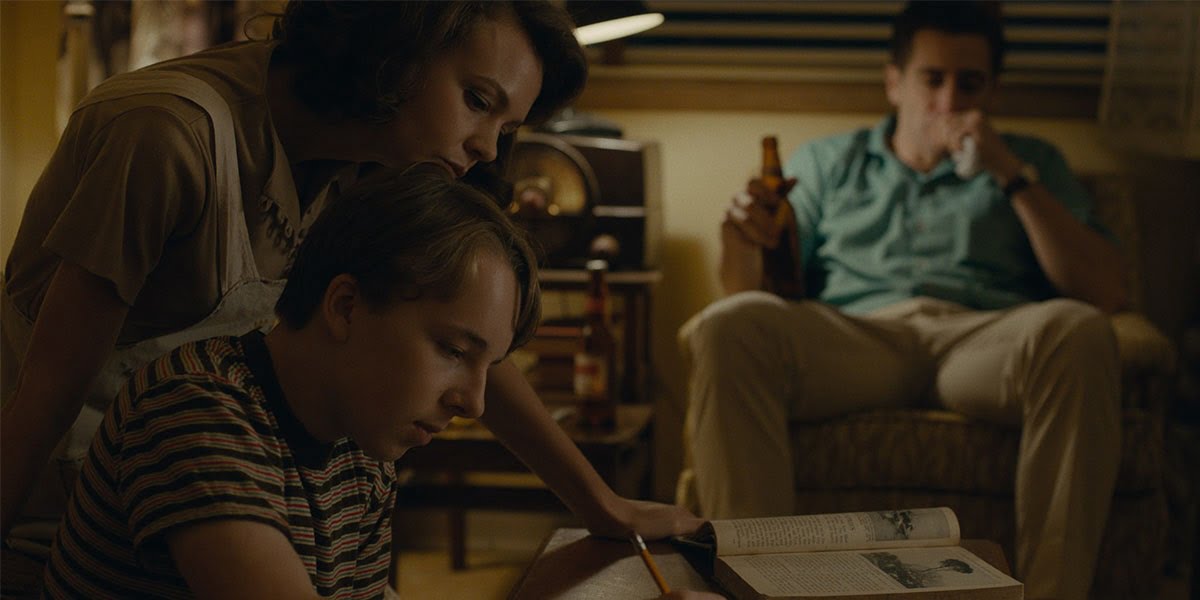 Although it looked for quite some time like it would never see the light of day in Toronto area theatres, actor turned filmmaker Paul Dano’s exceptional directorial debut Wildlife (which made my 50 Best Films of 2018 list while its Canadian release status was still in unknown limbo) finally gets its proper due with a run at TIFF Bell Lightbox. A tense, unvarnished, and subtle look at a 1950s family headed towards and through major relationship crises, Wildlife might boast the overall pedigree of any number of paternal dramas that came before it, but Dano and his co-writer/partner Zoe Kazan’s adaptation of Richard Ford’s best selling novel boasts very little melodrama and even less emotional manipulation. It’s as delicate and painfully realistic as period piece family dramas come; the kind of work that some filmmakers spend lifetimes trying to perfect. The fact that Dano gets such a delicate genre picture spot on his first time in the director’s chair is a testament to his powers as a storyteller.

Wildlife starts off in 1950 in Helena, Montana, which is a perfect example of a place and era that’s just big enough by that point in history to feel equally small and large to a young person at the time. It’s told largely from the perspective of Joe Brinson (Ed Oxenbould), the teenage son of a homemaker, Jeanette (Carey Mulligan), and a golf course attendant, Jerry (Jake Gyllenhaal). After a seemingly slight workplace violation, Jerry is fired from his job at the course, leaving the family to struggle and scrape by. When Jerry’s offered the chance to get his old job back, he refuses out of principle. Only child Joe watches as Jeanette and Jerry continually clash with increasing acrimony, driving his father into taking a dangerous job fighting forest fires for a buck an hour. Jeanette, who was already well fed up with Jerry’s prideful dawdling, looks to move on from her husband and into another relationship with alarming quickness. Through it all, Joe is caught between an absentee parent and an overcompensating one, all while trying to figure out his next steps as a young adult.

The works of award winning American author Ford would be daunting for any seasoned filmmaker to attempt. His works are visceral, but never flowery. There’s a poeticism, but his depictions of American life and unfulfilled potential are punchy in ways one might equate with great noirs. There’s a wealth of emotion to be tapped, but never moments in his novels that draw undue attention to themselves and away from his works as a whole. Essentially, Wildlife, both on the page and on screen, is nothing more than a brutalist, but still remarkably gentle and empathetic timeline of events. An adaptation of such material requires great confidence and dexterity, and Dano and Kazan’s script provides a solid bedrock for the first time director and his cast of highly capable professionals to let the crumbling of this family play out as realistically as Ford sketched it out in his novel.

Dano’s Wildlife provides unique perspectives for two different familial dynamics that often go overlooked on screen. Wildlife takes place during an era when people were getting married, settling down, and having kids at a younger age, and Dano and Kazan are keen to explore the bitterness that can arise in people who burden themselves with more responsibilities than they can handle, while simultaneously lamenting the fact that they’re labelled by society as being washed-up before they’ve even hit their late thirties. Very few people want anything to do with Jerry or Jeanette, and those who do want to use them for their own cheap gains, be they professional or physical.

This social critique, which can still be easily applied today, rhymes perfectly with Wildlife’s depiction of a disintegrating family from the perspective of an only child living in a small town. Joe can only watch as Jerry drifts further apart from the family, and Jeanette does everything in her power to land a new man (played nicely by Bill Camp, in a key supporting role) before the family’s finances take an even bigger hit. He has no one to turn to if he wants to get anything off his chest. He ditches football practice to become a portrait photographer and hone the craft he wants to pursue as an adult. Even with a creative outlet, however, Joe is reduced to be a helpless, casual observer in his parents’ declining relationship. In most family dramas, Joe and his affections and allegiances would be used in pawn-like fashion by his warring, oblivious parents, but here there’s so much animosity and negative space that a chess board can’t even materialize to play out such themes. 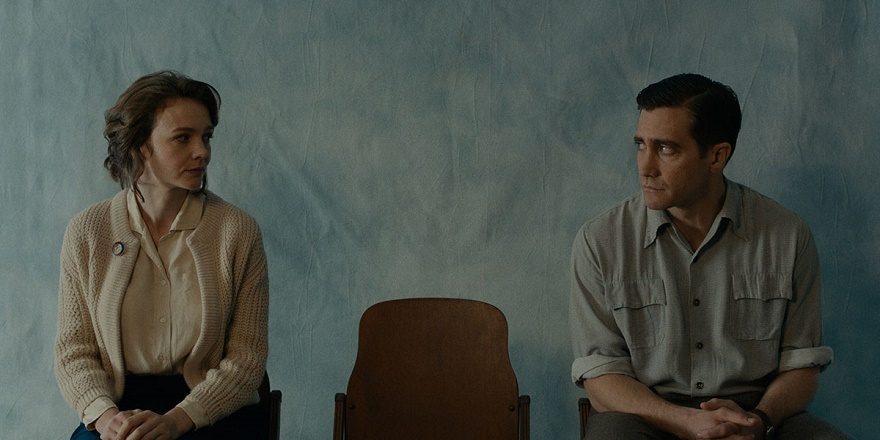 Wildlife isn’t only a depiction of a rocky marriage, parental mid-life crises, and the toll they take on a young person, but also a look at how pridefulness and oblivious alienation can become a festering and contagious disease that infects all members of a family. On one hand, viewers will likely wish Joe had someone to talk to about what’s happening around him. On the other, their likely to question if things would be better or worse in such a situation if there were additional family members. Is it better to be alone as a child in a family of crisis or is it better to have someone by one’s side, even if they’re exposed to the same experiences? Few movies ask such questions about family dynamics, and Wildlife brilliantly does so without asking them in explicit fashion.

Most of Wildlife rises and falls on Kazan and Dano capturing the rhythms of Ford’s writing and the cast’s ability to deliver the subtle nuances necessary for something so paradoxically low key and ambitious to succeed, but the first time director also finds nice ways to coax the author’s themes out through visuals. The production design of the Brinson house might be inornate and simplistic, but the vast prairies, looming mountains, and expansive skies nicely highlight the emptiness of their lives. An almost painterly moment depicting Jerry’s reality on the front lines of a forest fire – captured astoundingly by cinematographer Diego Garcia – bests a similarly memorable sequence in Alfonso Cuarón’s Roma, which is not small praise. Garcia, who has worked on other visually resplendent and poetic works like Neon Bull and Cemetery of Splendour, proves to be a perfect collaborator for Dano’s first directorial project. Garcia captures perfect, realistic, and gorgeous images, while Dano is able to remain focused on the emotional and narrative beats.

As the film’s lead and the story’s moral centre, Oxenbould makes a considerable impression. He has to both provide the audience with a way into Dano’s material and remain somewhat impartially empathetic. Too far in the former direction, and Wildlife would devolve into old-timey melodrama. Too far in the latter, and Joe would become a bland cipher. Oxenbould’s performance – which is the definition of “star making” – is incredibly nuanced. Whenever Joe interacts with either of his parents, it’s clear that the young man has an affinity for both mother and father equally, but there are character traits in each that rub him the wrong way. Like any “good son” of the 1950s, Joe rarely raises his voice unless he’s forced to a breaking point (and he is brought there, several times), but Oxenbould makes the character’s obvious discomfort visually subtle. He’s too young to tell anyone how they should live their lives, and still wants someone to give him guidance into his impending adulthood. Dano might’ve employed acting heavyweights Gyllenhaal and Mulligan to play Joe’s parents, but it’s Oxenbould who makes just as big of an impact here as the film’s director.

Gyllenhaal, who disappears out of necessity for large portions of the film, is utilized sparingly, but the actor is able to make sure that Jerry’s stoic, principled nature looms large whenever the character isn’t on screen. It’s a generous performance. Mulligan is offered the juiciest role here, as an increasingly cold and confused mother set adrift by her husband during an era where women in many parts of the country were still being raised to be homemakers. The only thing Jeanette knows how to provide is love and support, but her trust has been betrayed and poisoned. She’s becoming cynical, but even at her lowest, something maternal rises back to her increasingly hardened surface. Both parents are prideful, not particularly well educated, blue collar people, and neither is able to realize their streaks of emotional cruelty towards one another, but Mulligan has definitely been gifted here with the best character next to Oxenbould.

There’s a lot to admire and parse within Wildlife, and the only real regret that I could mention is that it wasn’t released sooner and with a bit more fanfare. It’s a remarkable and poignant debut that’s worth seeking out. I was lucky enough to see it in the fall at the Toronto International Film Festival, and for the longest time it was beginning to look like I would never have the chance to talk about it. Thankfully, I was given the chance (although, I would’ve liked more notice than an email briefly noting it’s release two days before it came out), and now local audiences can see one of the most unjustly slept on efforts of 2018. Here’s hoping the rest of Canada is next.

Check out the trailer for Wildlife: