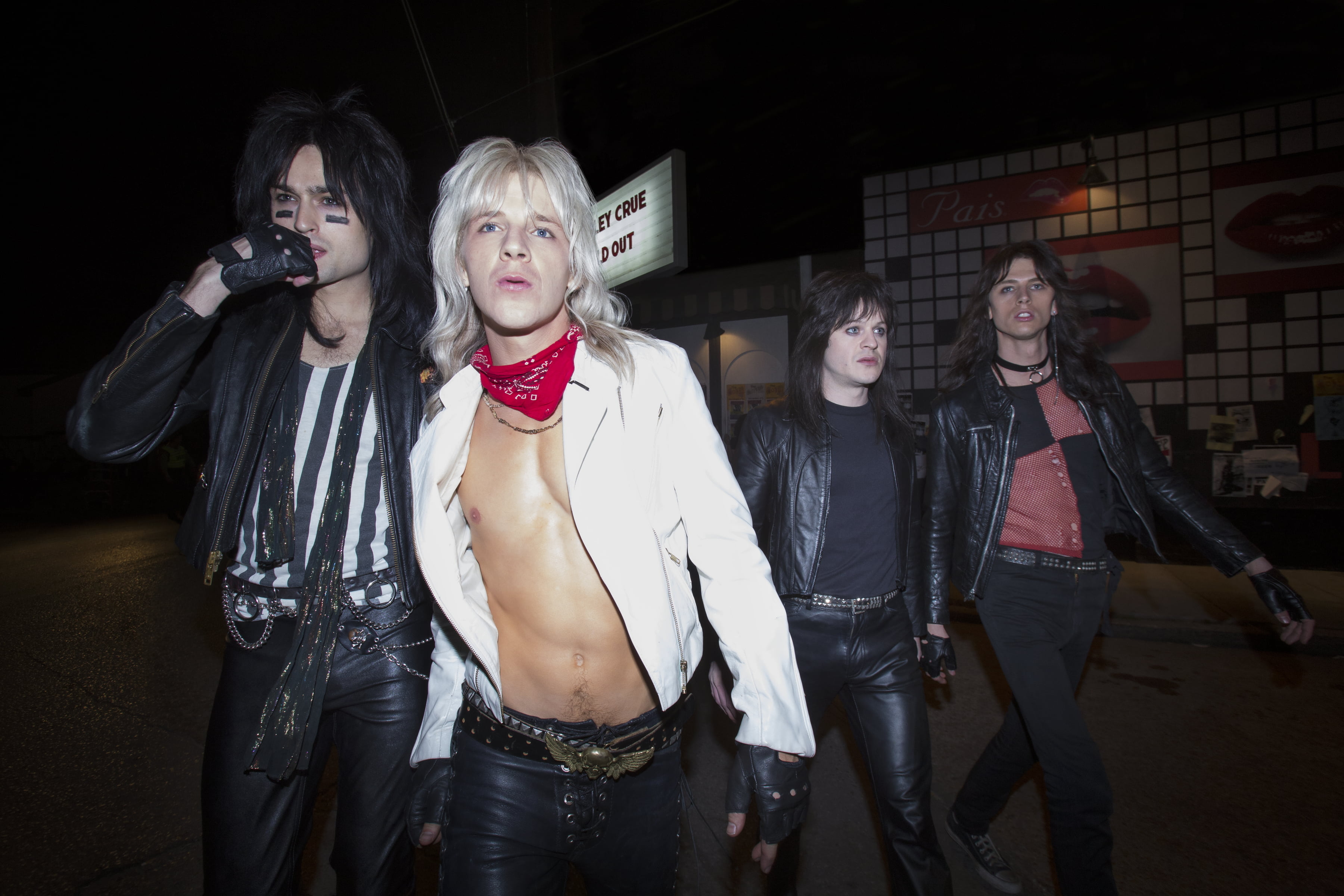 Although it still succumbs to a lot of the cliches and tropes that populate most biopics made about rock stars, there’s something about the already somewhat corny and overall tongue-in-cheek nature of Mötley Crüe that makes The Dirt surprisingly more likable and easily digestible than many of its higher minded contemporaries. All killer and no filler – profiling only the highest of highs, lowest of lows, and most notable of anecdotes – The Dirt is a nice reflection on the band it seeks to document: fast, dangerous, nasty, self destructive, constantly in search of a good time, and always thrown into jeopardy by poor life decisions and personal tragedies. Much like all of Mötley Crüe’s output since their inception in 1981, The Dirt ain’t exactly high art, but there’s an undeniable amount of charisma, energy, and drama to be mined from the lives of those involved.

Adapted from the best selling oral history of the band of the same name penned by journalist Neil Strauss and all four Mötley Crüe members, The Dirt looks back on the strong, but volatile bonds shared by tempestuous bassist and founder Nikki Sixx (Douglas Booth), fresh faced and dorky drummer Tommy Lee (Colson Baker, a.k.a. rapper Machine Gun Kelly), cantankerous “old man” guitarist Mick Mars (Iwan Rheon), and former cover band singer Vince Neil (Daniel Webber). Conquering the Los Angeles metal scene of the early 1980s before becoming one of the hottest touring and recording major label acts of the decade, Mötley Crüe lived and breathed the rock star lifestyle of hard partying, excessive drug use, trashing hotel rooms, and burning the candle at both ends. As with most stories of being young, successful, and stupid, their good times came at a price. Sixx would nearly die from drug overdoses several times. Neil would be in and out of rehab and suffer not one, but two major losses during the height of his fame. Lee was known almost as well for his high profile and fraught romantic relationships as he was for his drumming, and Mars quietly suffered from a degenerative disease.

It might help to have some passing knowledge of Mötley Crüe going into The Dirt (or at least the era they came up in), but it’s hardly a prerequisite. Directed by Jackass veteran Jeff Tremaine from an adaptation by screenwriters Rich Wilkes and Amanda Adelson that’s quite faithful to Strauss and company’s book (even maintaining the memoir’s constantly shifting narrators), The Dirt plays out like a greatest hits album that gives just enough information about each of the key players so the viewer doesn’t entirely hate them or stop caring for them (which considering some of the band member’s past transgressions is no small feat). The rise and fall of Mötley Crüe is appropriately paced like a whirlwind, never staying in one place for too long and assuredly giving the viewer a solidly constructed bullet points version of events.The result is a film that doesn’t want to confront the problematic legacies of the band and its image too strenuously, but it also doesn’t entirely feel like a bunch of maudlin made up bullshit.

The hokiest and most cliched sounding and looking moments of The Dirt actually happen off the top, when a young Nikki Sixx (then named Frank Feranna Jr.) breaks away from his trainwreck of a mother (Kathryn Morris). But after getting off to an extremely awkward start, Tremaine’s direction settles into a comfortable groove and pace rather quickly, and the film’s boisterous energy is channeled nicely once the group dynamic is solidified and Pete Davidson and David Constable show up as their straightlaced A&R rep and road manager, respectively. Tremaine can’t resist going back to the well of musician biopic cliches – especially whenever the material requires one to feel empathetic towards the band members – but then again, Mötley Crüe couldn’t keep away from being crowd pleasers, either. The Dirt is an extremely rare case where conventionality suits a film perfectly.

The main attraction here isn’t the story or attention to period detail, but rather the transformative performances put in by all four leads, three out of four of whom aren’t even Americans (and none of whom are old enough to remember Mötley Crüe at the height of their popularity), making their contributions all the more impressive. British actor Booth and Australian Webber perfectly embody the band’s two most complex, charismatic and frequently battling members, but the performances given by Baker and the Welsh born Rheon make just as much of an impact in inarguably lesser roles. Booth and Webber have to do the bulk of The Dirt’s heaviest dramatic lifting, but Rheon’s perpetually grumpy voice-of-reason and Baker’s hyperactive and almost knowingly uncool turn as Tommy Lee will leave the biggest impressions. All four deliver outstanding work, and they’re the biggest reason that The Dirt is somewhat more than just a decent diversion.

The point of The Dirt isn’t to make anyone like or appreciate Mötley Crüe more than they already do, and I doubt it will convert any haters or skeptics into believers. It’s slight, there’s nothing remotely important about it, and it’s probably unnecessary. Still, considering what could’ve been and how similar musician biopics have turned out over the past decade or so, The Dirt is somewhat refreshing in its approach. It’s there merely to entertain and not suck while doing it, and I’m sure that’s exactly what Mötley Crüe wanted when they agreed to have The Dirt made into a movie in the first place.

Check out the trailer for The Dirt: