Review: Girls of the Sun 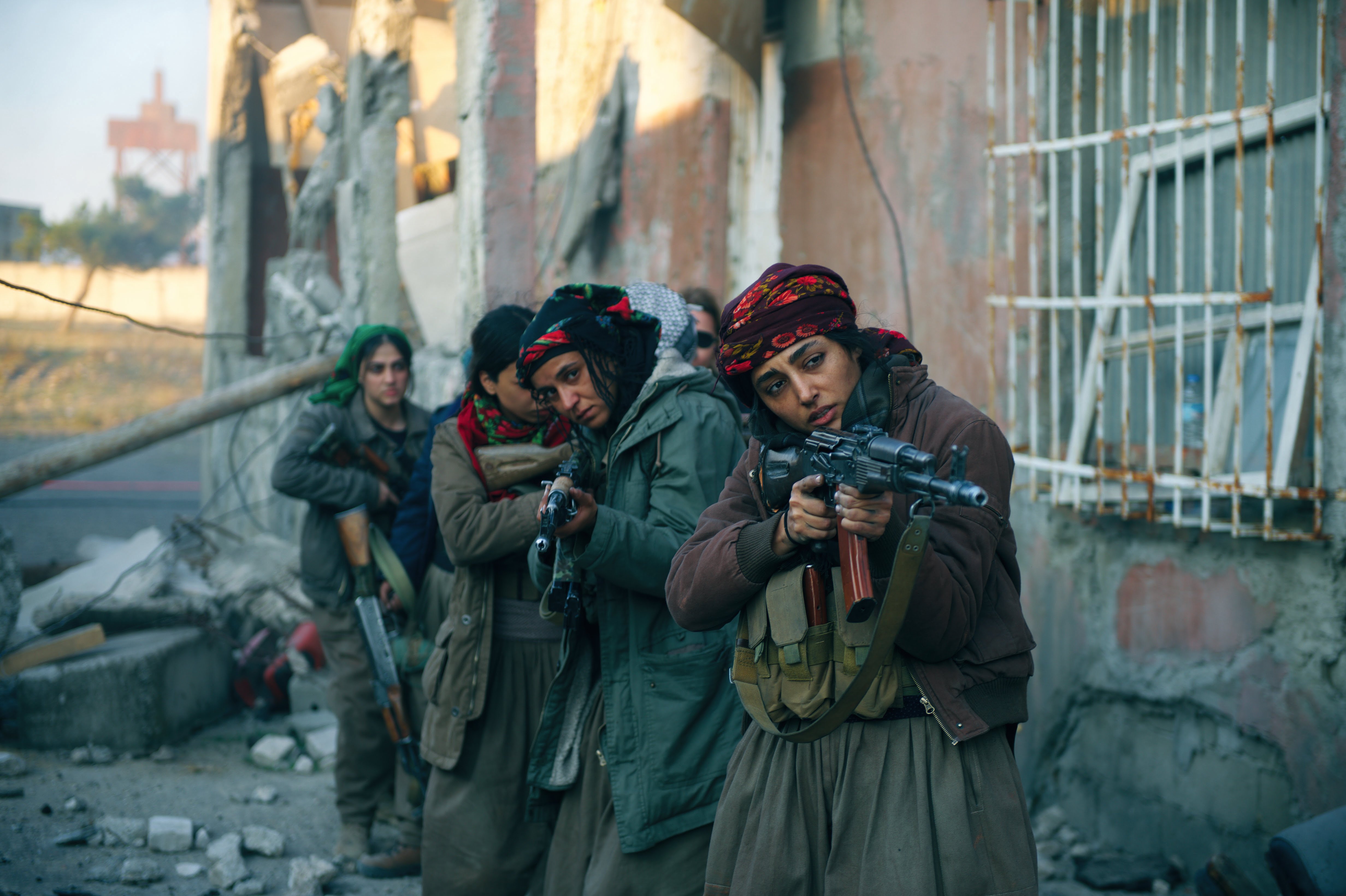 Although it looks and moves like a run-of-the-mill war movie, writer-director Eva Husson’s Iraq set Girls of the Sun has a unique point of view that sets it apart and yields fairly rousing results. One of an extremely small number of war films with a feminist point of view, Girls of the Sun breathes new life into tried and tested genre cliches from a simple change in perspective. It’s not particularly original or inspired outside of that shift, but it’s certainly not without merit.

Girls of the Sun is based somewhat on the true story of an all female band of Yazidi freedom fighters – most of them former sex slaves and kidnapping victims who watched their families brutally murdered in a 2015 massacre that killed nearly half a million people in the span of twenty-four hours – who rose up in violent and righteous defiance against ISIS militants. The motto for the all female battalion was “they rape us, we kill them,” and they took particular joy in knowing that ISIS soldiers believe that if they’re killed by a woman, they won’t be allowed into heaven.

On paper, Girls of the Sun boasts about as badass and culturally relevant of a premise that one is likely to find, but in practice Husson’s adaptation of the story is rather limp. While there’s plenty of feminine firepower on hand, the story is told primarily through two perspectives, with hardly any other characters emerging as major players. Emmanuelle Bercot stars as Mathilde, a French journalist who arrives in Kurdistan for the next offensive just as her peers are getting out of Dodge. Sporting an eye patch and a rough-around-the-edges attitude, the character and Bercot’s performance are unmistakably indebted to real life journalist Marie Colvin, who was recently the subject of Matthew Heineman’s more accomplished biopic, A Private War, starring Rosamund Pike. The troops are led by Bahar, played wonderfully by Golshifteh Farahani, a former lawyer educated in Paris. Mathilde wants to embed with the women, and like most resolutely focused military leaders in these types of pictures, Bahar doesn’t want to babysit a journalist. It’s not long before Mathilde proves her worth to the Yazidi women, following them into battle to document their righteous quest for justice and freedom. 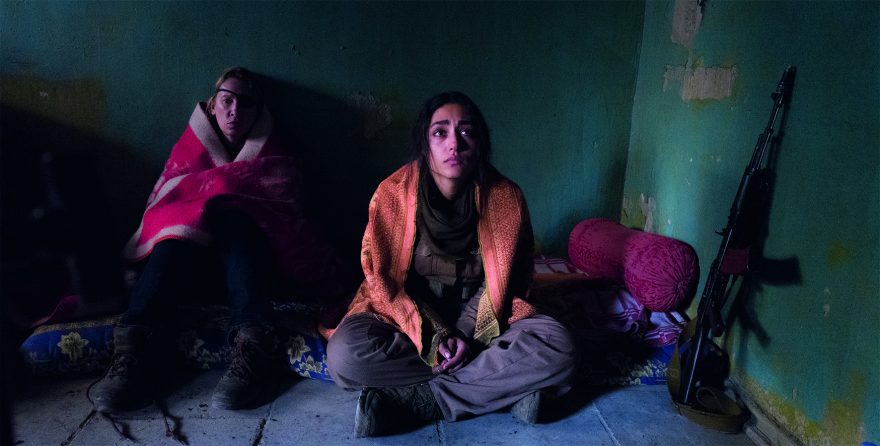 Girls of the Sun plays fast and loose with historical fact – both with regard to the journalist and the women at the heart of the story – preferring all too convenient plotting and easily digestible depictions of wartime violence and sexual oppression. While Mathilde speaks at great length about her time covering violent conflicts (including the story about how she lost her eye, taken almost word for word from Colvin’s personal narrative), the only other woman to emerge with any sort of a character arc is Bahar. There are flashbacks to the tragic events that led Bahar to take up arms, and they’re very well handled by Husson, but these scenes are the only counterpoint to the bog standard military movie beats that comprise the rest of the film. It takes a full forty minutes before Girls of the Sun even utters the name of another member in the unit, and only moments later one of only three characters that have been introduced or given names is gunned down in battle.

Everything one expects from a more testosterone driven war flick can be found here: unsubtle symbolism, grand speeches, sisters-in-arms bonding, noble sacrifices, attacks that can cut through peace and silence at any moment. If you can name the cliche, Husson (Gang Bang (A Modern Love Story)) isn’t above using it. Girls of the Sun is less concerned with the history of these women, and more invested in making something as rousing as possible. To her credit, Girls of the Sun mostly works.

Husson knows how to credibly film an tense action sequence, getting nice assists in underlining the danger of the situation from cinematographer Mattias Troelstrup and an appropriately bombastic, blockbuster score from Morgan Kibby. Her script is underbaked, but her pacing sensibilities are spot on, and even when the film goes in all the expected directions, Husson makes sure that Girls of the Sun remains as compulsively watchable as possible.

I have to credit the modest success of Girls of the Sun more to the female perspective, however, than Husson’s overall approach. There’s something energizing and righteous about watching women take on battles that some of their male counterparts would shy away from. Their cause is just. Their fearless nature is captivating. To no small degree, Girls of the Sun feels like a forgettable motion picture in an overstuffed genre that has been elevated thanks to a narrative shift that could be looked upon – at the same time – as being empowering and manipulative. It’s probably less politically effective than Husson was hoping for, but Girls of the Sun remains an interesting and exciting change of pace.

Girls of the Sun opens at TIFF Bell Lightbox in Toronto and Globe Cinema in Calgary on Friday, April 12, 2019. It opens at Rainbow Cinemas Golden Mile in Regina on May 3.

Check out the trailer for Girls of the Sun: