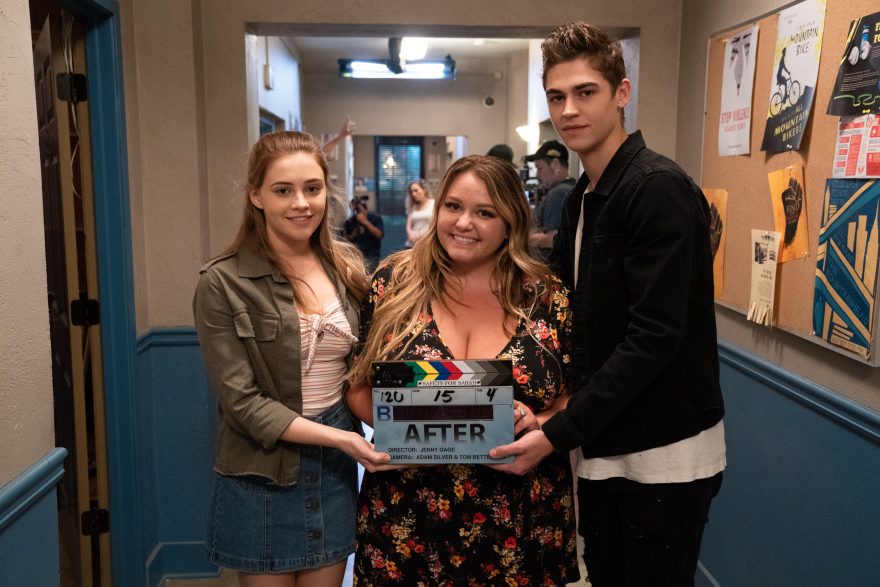 Author Anna Todd’s After makes its big screen debut this weekend, and I had a chance to sit down with her and actors Josephine Langford and Hero Fiennes-Tiffin to talk about the film.

After follows college newcomer Tessa Young, played by Langford, as she tries to stay true to herself despite the pressures of school, her roommate, and their friends. When she meets Hardin Scott though, played by Fiennes-Tiffin, he throws her life into chaos.

“It was really incredible,” Todd said. “I was so involved with the process, that it was just great to see them really embody the characters and do it well and be talented actors at the same time.”

Todd said that when she thinks about Tess and Hardin, she now pictures Langford and Fiennes-Tiffin as the characters.

For the actors, they had a little time to prepare before they dove into making the film.

“We had a week to get to know each other and block out scenes with a great acting coach and the director [Jenny Gage] and her husband,” Fiennes-Tiffin said.

Among their favourite scenes working together, it came down to the montage scenes, since they got to “muck around,” as Langford said, and the lake.

“Especially the first day,” Fiennes-Tiffin said. “We did a lot of shots kind of walking up to the lake and just getting really hot and bothered with this huge body of water ready to be jumped in to. So when we finally got that action to dive into the water, that was a fun one.”

Watch the full interview below to see what they had to say about their favourite books, and how the two actors described the other character in just five words. Catch After in theatres this weekend.