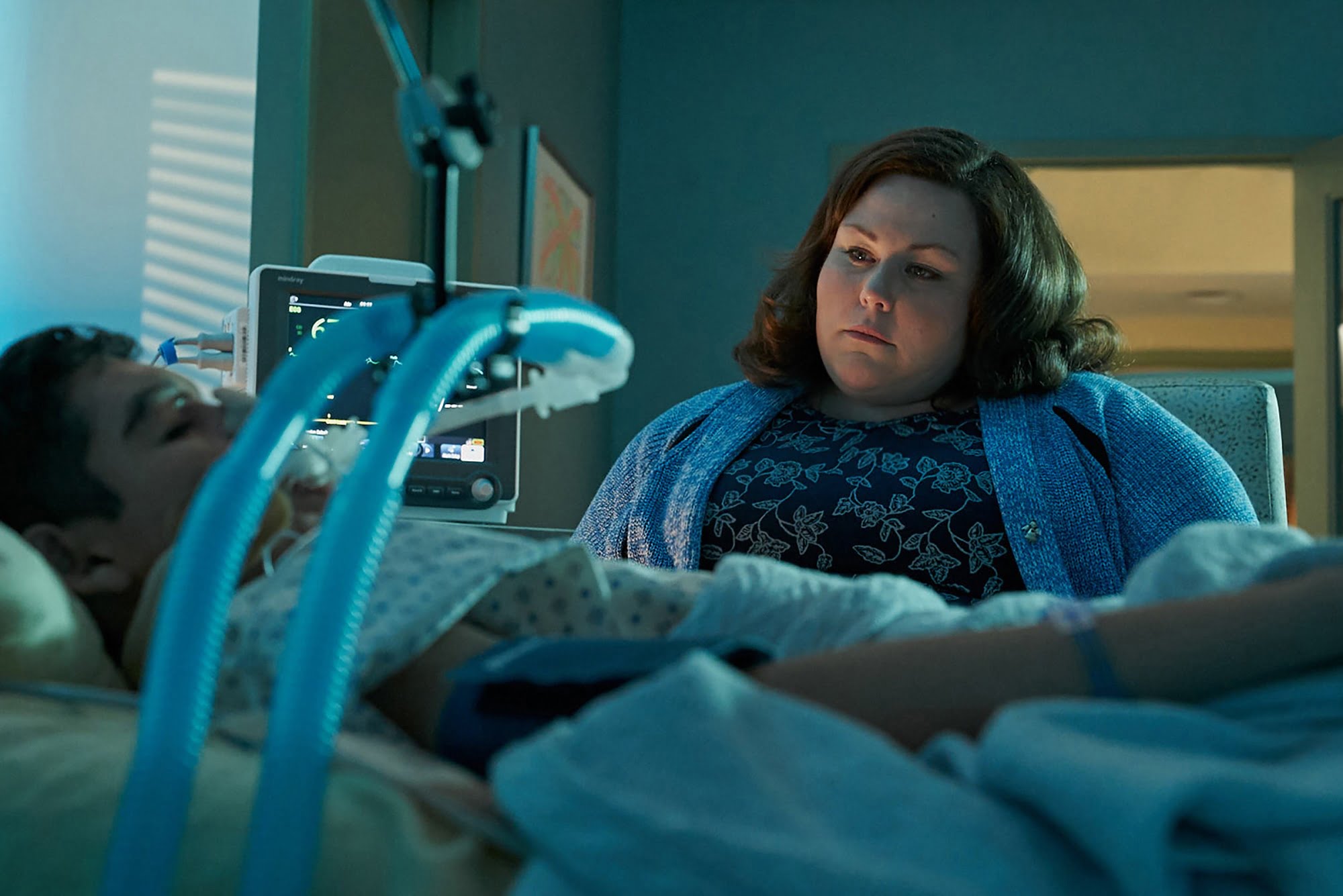 Yet another limp, poorly assembled, and underdeveloped stab at faith based filmmaking from a major studio, Breakthrough will only appeal to true believers with exceptionally low standards. Both a D-grade movie-of-the-week drama and a poor example of the increasingly problematic and turgid new wave of Christian themed entertainment, Breakthrough feels like a movie about hardship made by people who’ve either dodged every bullet life has thrown at them or damaged human beings who’ve deluded themselves into thinking that the power of prayer and positivity has gotten them out of every tough scrape imaginable. Based, as the film’s poster says, on an “impossible” true story (which is one of the most hilariously redundant taglines I’ve ever hear), the recovery of the main character in Breakthrough is unexplainable and possibly even miraculous, but it’s a shame that the rest of the movie is built around deeply unpleasant, threadbare characters set adrift in a muddled story with no direction whatsoever.

In 2015 in a small town just outside St. Louis, 14-year old middle school basketball player John Smith (played in the film by Marcel Ruiz) fell through some thin ice while goofing around with some of his friends. While his buddies were pulled to safety, John fell below the surface, unconscious, and stayed there for almost 15 minutes. Emergency teams mobilized, contacted John’s adoptive missionary mother, Joyce (Chrissy Metz), and father, Brian (Josh Lucas), but things looked bleak. After the extremely faithful, but somewhat judgmental Joyce pleads with the lord to return her son, a miracle happens. After showing no signs of life for nearly 45 minutes, John’s pulse returns, and he’s transferred to the care of a specialist in the city who’s known as an expert on drowning victims (Dennis Haysbert). John’s new doctor doesn’t expect him to live through the night, and if he does, there’ll likely be a massive loss of cognitive functions and motor skills. Joyce and Brian wrestle with the fact that their son might not survive or live a normal life in different ways. Brian closes himself off to the world and retreats into his sadness, while Joyce continues to pray for John’s life and refusing to acknowledge any negativity to the contrary.

Breakthrough isn’t the kind of Christian based entertainment about good people doing good things for others during their time of need, and it’s not even a film where flawed people grow and understand that they haven’t been practicing their faith to the best of their abilities. Instead, Breakthrough is a film about blocking out anything that isn’t related to prayer and people who follow through on their faith solely out of obligation. No one that helps Joyce, John, or Bryan along the way seems to do it out of love, but rather because they’ve been told to offer them some semblance of comfort.

It’s a harsh thing to say about a film that generally has its heart in the right place, but Breakthrough never bothers to create realistically believable three dimensional characters out of any of these people. Based on Joyce Smith’s book (which couldn’t possibly be as uninteresting and devoid of detail as the movie is) and adapted by screenwriter Grant Nieporte (who’s responsible for Seven Pounds, the most foul and reprehensible “inspirational” movie since the turn of the century), Breakthrough is packed with characters waiting on a miracle without giving the viewer a single reason to care outside of knowing that a family suffering the loss of a loved one is a tragedy on any level. 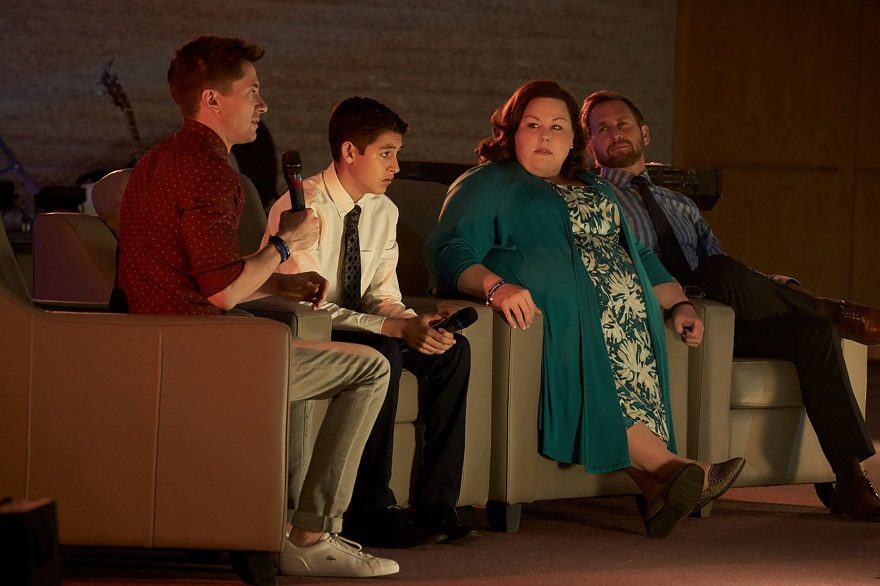 Take, for example, Pastor John Noble, played by a thoroughly miscast Topher Grace in a film already chock full of odd casting choices. He’s the hip new pastor on the block who runs everything from the comfort of his tablet, invites Christian rappers and rockers to perform for his congregation (in the most hilariously terrible and awkward musical sequence in any film since the McDonald’s set dance number in Mac and Me), and makes jokes about Arby’s. Joyce hates him at first because she’s at least a decade older and he’s got a hipster haircut, but really she should hate him because he leaves a jerky first impression. That all goes out the window when Pastor Noble (I can’t call him John because this movie has two Johns and two Joshes) decides to watch over the wounded members of his flock. Not once throughout Breakthrough is it clear if the pastor is there to impress Joyce, if he’s there out of duty, or if he genuinely wants to be. There’s no playing a character this wishy-washy, and there’s even less of a chance of playing it when positioned opposite a grieving mother.

The script for Breakthrough is clunky, pedantic, and at times, downright dangerous in its depiction of faith, but it also appears as if the cast hasn’t received any direction whatsoever. All three leads in Breakthrough appear to be inhabiting different melodramas. Directed by television veteran and first time feature filmmaker Roxann Dawson with shockingly little regard for anything other than visual consistency, Breakthrough struggles to find any sort of tone and leaves the actors to their own devices. Metz fares the best, but that’s faint praise considering that all she has to do is cry on cue and shout at people whenever they dare to question her resolve. Grace might be trolling this movie, or he could be totally sincere, but the material and direction make it impossible to tell. As for Lucas, it turns out that he might be the worst person to call upon to play a man of faith who’s mentally unravelling. It’s a staggeringly bad performance, and Lucas seems more disinterested than anguished or emotional. He looks less like a grief stricken father and more like an actor held hostage.

None of the interactions between these characters are remotely believable as they’re presented within the context of the film, but at least the leads have basic outlines to work from. Breakthrough is stuffed to bursting with side characters who eat up screen time without adding anything of substance. While it’s admirable that Breakthrough attempts to show the lives of others touched by John’s accident, none of them are developed, and all of them are on hand to simply reinforce and spell out that this young man’s recovery was a divine, unexplainable miracle. The doctors played by Haysbert and Sam Trammell are only on hand to grimly deliver bad news, and to act confused and mildly enlightened when they turn out to be wrong. Mike Colter’s atheist fire department rescuer wrestles with the notion that he might’ve heard the voice of God on that fateful day out on the ice, but that’s all we know about the guy. John has a crush, and Joyce has to contend with an annoying mother who doesn’t believe her son will pull through, and their inner lives are confined to the words of this sentence. All we know about John before the accident is that he’s good at basketball, he curses too much, he’s adopted from Guatemala, he has a pair of Air Jordans that he’s saving for a special occasion, and that he likes Breakthrough producer Steph Curry’s chances in the NBA postseason. The character with the most depth in Breakthrough is the one in a coma.

If my review of Breakthrough sounds like I’m sneering at the power of prayer, I’m not. I’m sneering at a terribly made film. I was raised Catholic, and while I don’t particularly lead anything resembling a faith based life, I do understand how spirituality and mindfulness can be soothing in one’s time of need. I even believe that the events depicted in Breakthrough on paper. Call it a miracle of medicine or something more ethereal, the human body and the lord both work in mysterious ways. In execution, however, there couldn’t be a worse way to tell this story. Breakthrough is a film too lazy to be called either preachy or cynical. It’s a film about something extraordinary that’s been reduced to nothing at all; a movie made for people who don’t care a lick about the complexities of everyday life, but care deeply that the name of the lord is brought up no less than three dozen times over the course of two reverential hours.

Check out the trailer for Breakthrough: