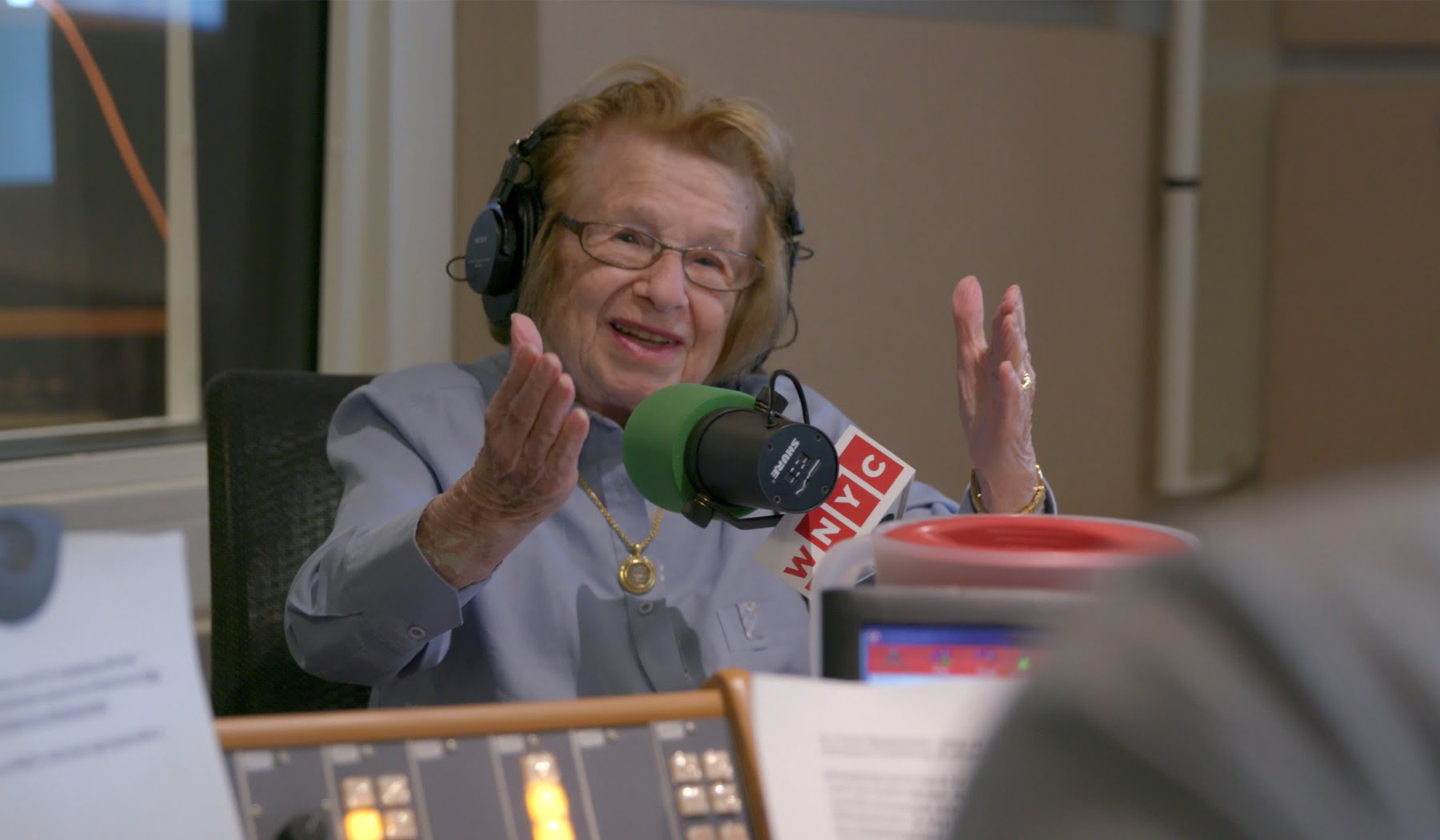 Those looking for a feel-good movie about a famous personality living a remarkable life in the service of helping others don’t need to look further than Ryan White’s lovingly crafted crowd pleaser, Ask Dr. Ruth.

White (The Keepers, The Case Against 8) chronicles the inspirational life of Dr. Ruth Westheimer, the 4’7” dynamo who rose to prominence in the 1980s as America’s foremost authority on sex and relationships. Controversial for her frank, blunt discussions of sexuality on radio and television, 90-year old Westheimer’s tireless, energetic, and engaging work continues today. Last year, she published three books and made hundreds of public speaking appearances. It’s enough to make even the youngest and most dedicated of advocates feel lazy in comparison.

Throughout Ask Dr. Ruth, White does his best to keep up with Westheimer’s astounding energy level, while also offering a glimpse into the doctor’s darker past as the orphaned daughter of German Jews who were killed during the Holocaust. With the help of detailed diaries kept by Westheimer in her younger years, Ask Dr. Ruth traces her evolution as a professional (who didn’t get her doctorate until she was 42), a lover, and a family woman. White and his subject leave no stones unturned, and the result is a remarkably inspirational film that will make viewers believe that the seemingly impossible is achievable.

Although the core subject of White’s film is far less prudish, Ask Dr. Ruth is this year’s Won’t You Be My Neighbor?.

Ask Dr. Ruth opens at Varsity Cinemas in Toronto and Fifth Avenue Cinemas in Vancouver on Friday, May 17, 2019. It opens in Montreal on May 24, and expands to additional Canadian cities throughout the summer.

Check out the trailer for Ask Dr. Ruth:

This review originally appeared as part of our Hot Docs 2019 coverage.