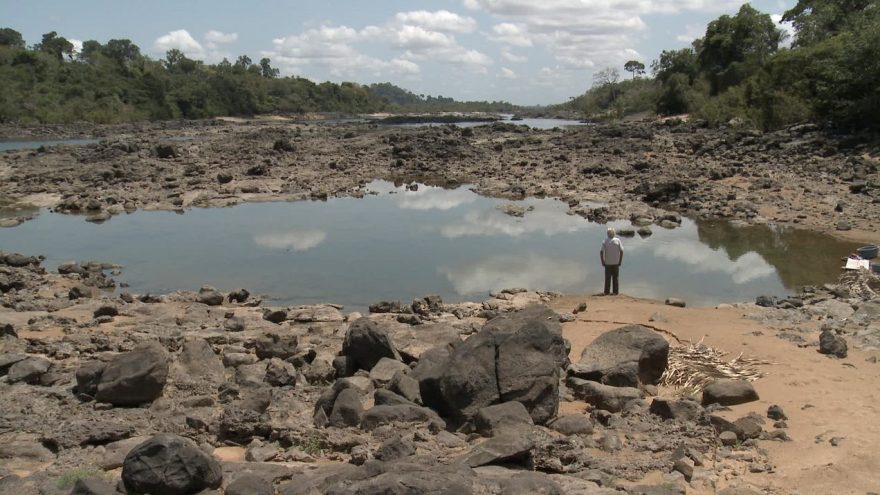 River Silence, director Rogério Soares’ look at displaced persons from the Amazon Basin, isn’t the most graphic film at this year’s festival, but it’s possibly the most depressing and hopeless. An overlong effort that will assuredly make viewers hate humanity a little bit more by the time it’s over (which is entirely the point), River Silence is tough to sit through, but its messages about corporations ruining the lives of already marginalized people is extremely valuable and topical.

The construction of the Belo Monte Hydroelectric Dam along the Xingu River was one of Brazil’s largest infrastructure projects in history, and there are plans for many more throughout the country in the coming years. Belo Monte, although great for city dwellers who’re likely grateful for the extra power, displaced almost 40,000 people who lived and thrived along the banks of the Xingu. Their homes have been destroyed, with only rubble remaining in most cases, and many residents have been forced to live in the nearby city of Altamira, where overcrowding and an overall lack of resources and preparedness have made it a dangerous place to live.

River Silence finds Soares spending most of his time amongst displaced peoples that have been illegally occupying an unused and seemingly abandoned housing complex. There’s a resignation and sense of defeat among many. They know that they’ll eventually have to move on, but there are few places left to go and no job opportunities available to facilitate such a move. The government and contractors have been content to ignore these people and their plight, and compensation, aid, or restitution are nowhere in sight. Some make the best with what they have, while others keep the faith and hope that God will provide, but on the whole, the situation is hopeless.

90 minutes is a long time to spend around such unfiltered misery without additional historical and cultural context to enhance the subject at hand. River Silence is a film that’s rigidly observational to a fault, but Soares makes a great choice to use build his documentary almost entirely around female voices. That adds a lot, the stories shared are indispensable, and the subject is appropriately infuriating, but there’s definitely a larger cultural and political story that’s missing here and only paid lip service. It’s assuredly miserable and bleak, but there needs to be something else for River Silence to be a more effective call to action.