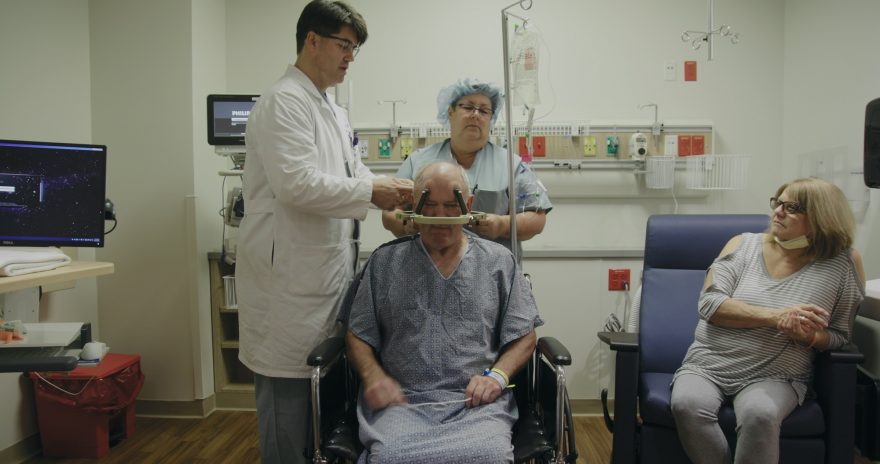 Danish filmmaker Pernille Rose Grønkjær looks at the groundbreaking, misunderstood, and ethically sticky work of neurosurgeon Dr. Robert Heath and his experiments in the field of Deep Brain Stimulation in the curious, informed, and well balanced documentary Hunting for Hedonia.

One of the first scientists to identify mental illness as a brain disease through his studying of schizophrenia, Dr. Heath theorized in the 1950s that outdated modes of psychiatric “therapy” like ECT and lobotomies could be abandoned in favour of placing infrequent electrical charges directly into the brain of a patient. Initially, his research was written off by many fellow scientists (possibly out of jealousy) as reckless and having nothing more than a placebo effect, but today Deep Brain Stimulation has been approved by the FDA as treatment for those suffering from Parkinson’s disease, and has been proven effective in curbing behaviours caused by OCD and Tourette’s syndrome. While some of his research is still used today, Heath has largely been scrubbed from the history books; a victim of his own prejudices, a quest for credibility at all costs, and the anti-psychiatry histeria of the 1970s.

A basic, but detailed and comprehensive overview of Heath’s career, Hunting for Hedonia looks at the positives and negatives of his controversial research and work. Outside of conversations with the doctor’s son, there’s not much personal detail to be found in Hunting for Hedonia, but Heath’s contributions to science are undoubtedly more interesting than his everyday life outside of medicine. Grønkjær (Love Addict, Genetic Me) takes views both fawning and damning into consideration, depicting Heath as a brilliant, but fatally flawed man. While his work has helped many live without discomfort, his technology and ideas could be dangerous if placed into the wrong hands. As Senator Ted Kennedy said while grilling Heath on the witness stand, Deep Brain Stimulation is only a slight step away from personality and mind control, which should rightfully give everyone pause.

As a documentary, Hunting for Hedonia is relatively straightforward, but that’s an appropriate approach given the subject matter and its greater ethical and medical implications.