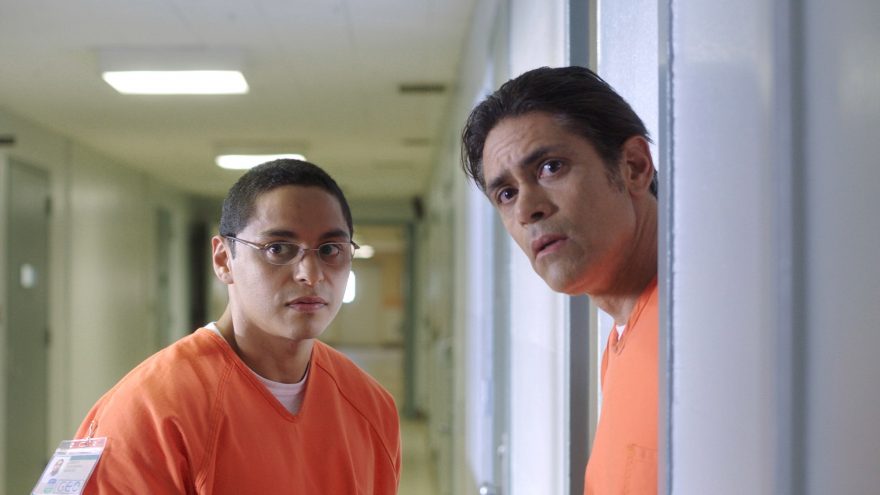 Not quite a documentary and not quite a thriller, Alex Rivera and Cristina Ibarra’s entertaining hybrid experiment The Infiltrators follows a group of young immigrant activists and their ambitious bid to take down a U.S. deportation and detention centre down from the inside.

Back in July of 2012, well before the election of Donald Trump and the acronym ICE was at the tip of everyone’s tongue, a group of young adults who identify as “dreamers” and are technically illegal immigrants hatched a plan to infiltrate the for-profit, minimum security Broward County Detention Centre in Florida. Two members of the group – one male and one female – deliberately allow themselves to get captured by U.S. Border Patrol, and once on the inside, they start identifying inmates that haven’t committed any real crimes and who have families on the outside waiting for their loved ones to return. The goal of these young people is to help those in need and grease the wheels of politicians on the outside that can recommend the release of prisoners.

The reason why Rivera and Ibarra had to make The Infiltrators into a docu-fictional hybrid is because it would’ve been impossible to smuggle a camera into Broward without being caught. The events unfolding outside the prison are real, while those happening on the inside are recreated with the help of actors. Whenever there’s a call from Broward to those on the outside, the action cuts back and forth between fiction and reality.

If The Infiltrators sometimes feels a bit jarring and shoddy, that’s less a byproduct of Ibarra and Rivera’s stylistic choices, and more a reflection of the young people’s plans in general. As a depiction of a group of dedicated activists willing to risk everything for what they believe in while flying by the seat of their pants at all times, The Infiltrators is equally fascinating, inspiring, and sometimes purposefully baffling. It’s astounding that these young people were able to get as far as they did, and the film feels like a faithful capturing of their passion and occasional naivete.