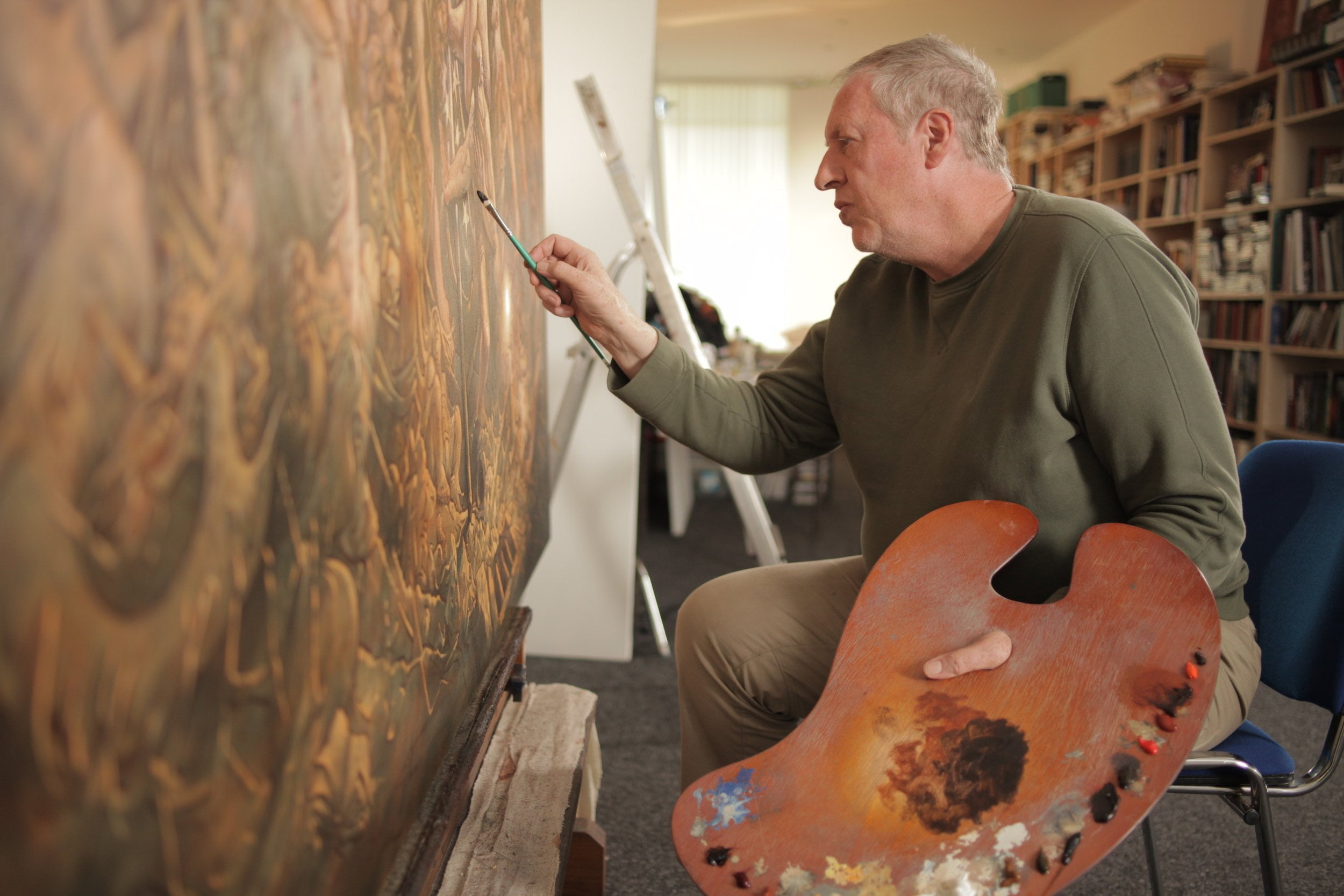 A detailed oriented and appropriately gorgeous sit-down with controversial Scottish painter Peter Howson, director Charlie Paul’s Prophecy offers insight into the process and mind of an artist known for his shocking images of death, destruction, and cultural depravity.

Self-identifying as a “reformed hedonist,” Howson had a near death experience that didn’t show him the pearly gates of heaven, but rather the entryway to hell. Those visions would define the highly sought after paintings he would eventually create. Influenced by classic mythology, Christianity, and the graphic novels of his youth, haunted by reminders of his own mortality and time that he spent in Bosnia documenting their bloody civil war, and impacted by his diagnosis with Asperger syndrome, his developmentally disabled daughter, and his frequent nightmares, the notoriously private and publicity averse Howson often creates intricately detailed and frequently grotesque painting that depict what he believes to be an impending global apocalypse in the near future.

It’s understandably hard for Paul to get Howson to loosen up a bit (although the artist does gleefully and earnestly suggest that the pair take a Burger King break at one point), so Prophecy largely focuses on the little things to create its bigger picture. This clearly allows Howson to focus on his work without being overwhelmed by larger questions about it. Paul might be the director, but Prophecy is assuredly steered by its unique subject and the singular work he’s creating across the film’s running time. Howson isn’t nearly as intense a personality as the content of his paintings suggest, but Paul is able to show the viewer more or less where the darkness is coming from without being judgemental or obtrusive. While the art certainly won’t be to everyone’s taste, Prophecy is a fine look at one man’s unique and sometimes frightening thought process.